Some tidbits from last week

Oh how nice it is to laze around the campground doing not much of anything, just enjoying the nice weather.  Well, this does describe our life here, but not exactly every day. The other day, or better a few days ago we drove to Ocala’s UPS Freight Terminal on the south side of Ocala to pick up a big, and heavy wooden crate, weighing about 200 lbs. or so.  It is for Benno.  I consider it a long awaited and belated Birthday and Christmas gift all in one. I wont say what it is, but it is for his new workshop back home in Canada. What I can reveal though is that it came from the company  grizzly.com and it will be complimented with some tooling from a company littlemachineshop.com.  So here are some pictures of the crate from the Freight Terminal while I oversaw the loading of the box onto our truck bed, and Benno inspecting the goods at our place in the RV Park. If you want to find out what was in the box you’ll have to keep following along until I will reveal the contents. 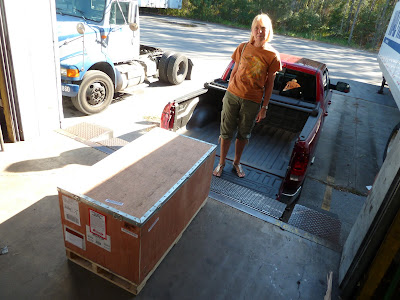 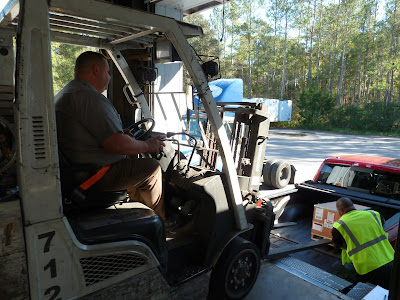 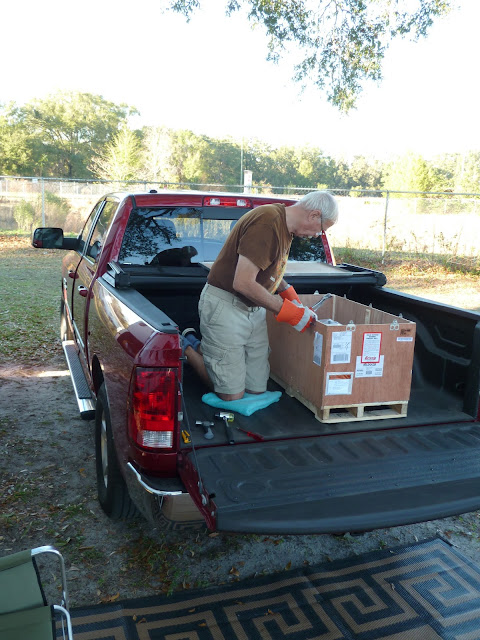 What else have we been doing? Going grocery shopping at my favorite store called Aldi, which is a chain store established first throughout Germany and also found here in many states (2018 stores in the USA, incl. Trader Joe), worldwide 10366 stores. They carry a good variety of European items and their prices are lower than any other grocery store.  However, their inventory is limited and you might not find everything on your grocery list.  So, while out shopping we drove by this hardware store and stopped because the helicopter outside looked interesting.  Well, that is exactly the purpose of that thing.  Benno went in to see what kind of merchandise they carried and the sales clerk told him that they had traded this little helicopter in, in an exchange for a lawnmower some chap haggled for because he’d fallen out of that flying machine and was scared to ever attempt another liftoff. 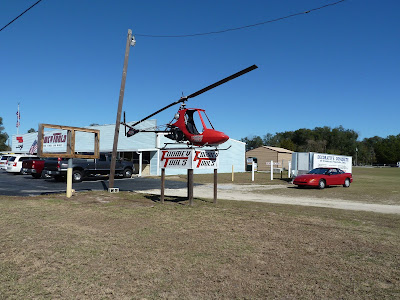 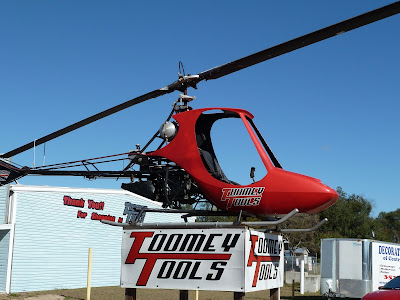 This brings back a memory both Benno and I share.  Way back, before our sailing days in our first sailboat on Lake Ontario, a 29-foot Bayfield, Benno became obsessed with building plans for a helicopter kit.  It looked a lot like this red toy in front of the hardware store. He thought it would be fun to build one and then take off into the blue yonder.  I didn’t want any part of it and said: “Not even 10 horses will drag me into this helicopter. If you want to know what I like, I’d like a nice sailboat and go cruising on the oceans.”  “Why didn’t you say so,” he said. And thus our sailing years began. 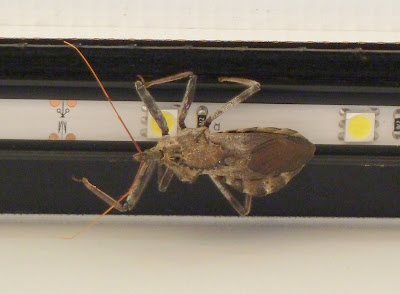 Back at the campground we found that critter sitting under our awning.  At first sight it looked like a massive spider but after further inspection once we trapped it in the broom we think it’s a type of stinkbug.  In any case, we got rid of it and threw it over the fence. 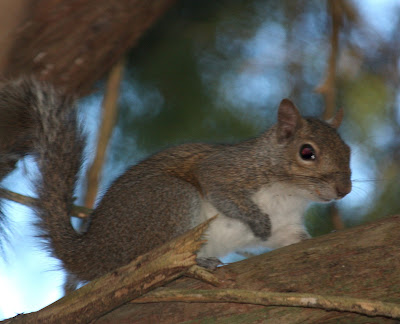 Not one day goes by without our dogs barking at the cute squirrels who keep teasing them by running up and down the big oak tree in front of our window.  They know the dogs will not be able to catch any of them when they are outside, but our dachshunds keep trying because it's in their nature.
So we keep enjoying our time down here in Florida. The weather is nice and next week we will find some new things to do and see.  Stay tuned, we love it when you keep checking.

Posted by Marlene Klopfer at 16:48