Once more our guest room has been converted to a nursery. The mom to be, our little dachshund Elsa, is pregnant with puppies.  When is it going to happen? Well that is a guessing game although we marked the calendar with an approximate due date, but I speculate it’ll be sooner than later so you’d have to check in every so often to find out if the little ones have arrived yet, as I will be posting a picture of them. 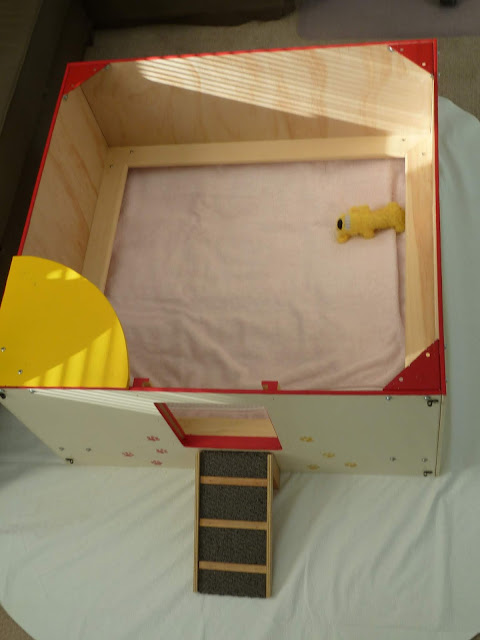 The whelping box is ready for the new arrivals 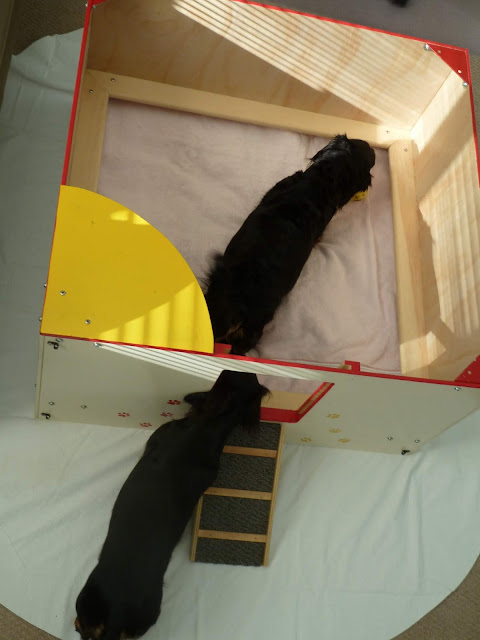 The dad, our Reggy, is very relaxed about the whole situation. At times I have noticed him trying to entice Elsa to play with him, like running around the house, but Elsa didn’t go for it. He then took Elsa’s favorite squeaky toy from her to get her to chase it from him, but all she did was to come to me begging to interfere and to give it back to her. Smart girl.  As Elsa’s belly keeps growing (at a rapid rate now) she rests at lot and just takes it easy. I don’t blame her. When she has the urge to scratch her ears her big belly gets in the way of her short legs and she moans and groans while she does this acrobatic performance. Poor thing. 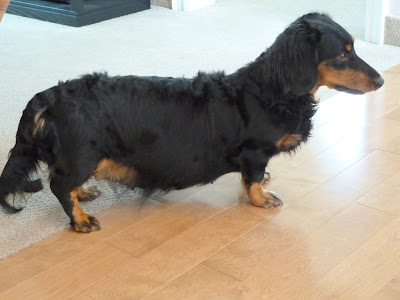 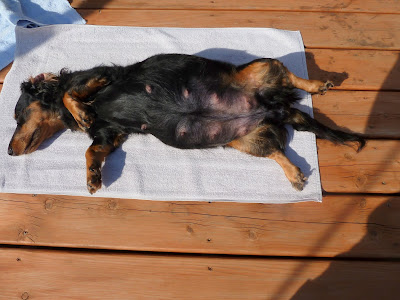 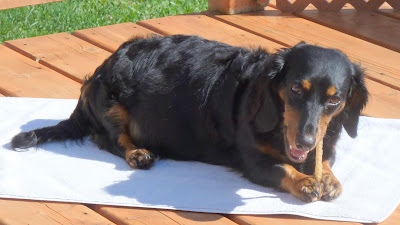 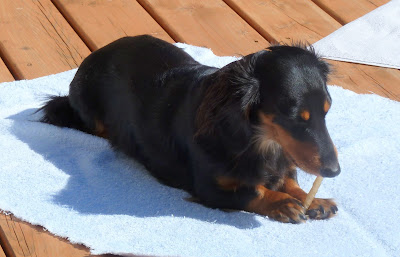 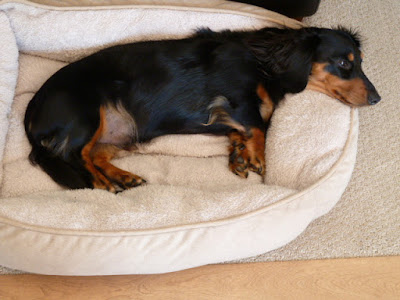 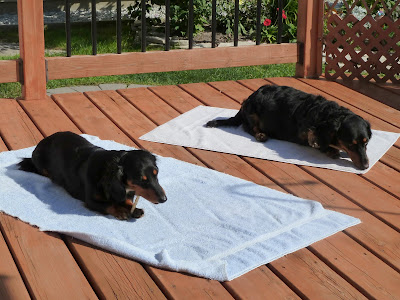 While doing my weekly grocery run yesterday I saw lots of the frozen turkeys landing in the shopping carts of the customers in the store. Our Thanksgiving is a week away but I am hesitant to participate in this tradition this year. Maybe I will be too busy with Elsa and a bunch of little puppies to cook an elaborate dinner. I have a week to decide and to find out (or not) what is happening. 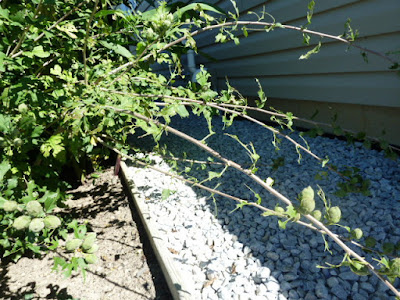 Rose of Sharon void of leaves

As of lately I have not paid too much attention to my garden, so I was shocked a couple of days ago to discover that one of my Rose of Sharon bushes was almost stripped off of its leaves. Last time I looked it was in full bloom. Obviously there was something in there or had been that was eating up all the leaves. Upon closer inspection I noticed a caterpillar underneath a leaf. Then I saw another one crawling up the stem. In short order I grabbed a bucket and a Kleenex and picked those crawly things off. When I thought I had picked all that I could see my count was at 62 Caterpillars. Whoa! Where did they come from and what are they?  They are not Monarch Butterfly caterpillars and they are not hairy either, to my knowledge. The younger ones seem to have quite a spring to them. Nowhere could I see any cocoons so what are they to become and where I still don’t know. But whatever they are, they are not going to develop themselves in MY Rose of Sharon plant because I evicted them! 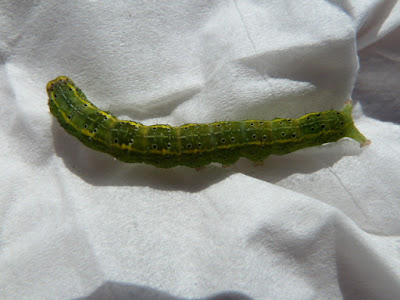 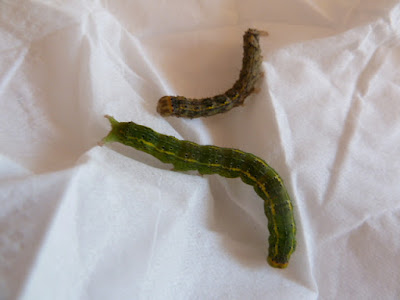 Thanks for dropping by and hopefully I'll be posting exciting news real soon.
Posted by Marlene Klopfer at 15:33