Our home and family

Before we get lost into the uncharted adventure of this new blog, I’d like to introduce you to our family and to show a few pictures of our new home base.

In 2008, when we were three years into our cruise on Diesel Duck, our son Dominik, who we had left behind in Canada so he could focus on his career in IT, found the love of his life. Her name is Maryann and a wedding was planned for the beginning of October that year.  It took a bit of planning in our travel itinerary to find a suitable marina or yacht club to leave the boat so we could fly home for the wedding.  We were in Ecuador at the time and you can read about it in our Diesel Duck blog from 09/24/2008 “Off to Puerto Lucia”. We left the boat at the Puerto Lucia Yacht Club, which was located in Salinas from where we took a bus to the airport in Guayaquil for our flights to Canada.  Meeting our to be daughter-in-law for the first time was exciting for us and turned into a total delight.  Our regrets were that we would leave again after all the festivities and not have a chance to get to know her more and interact as you would if you live close by. 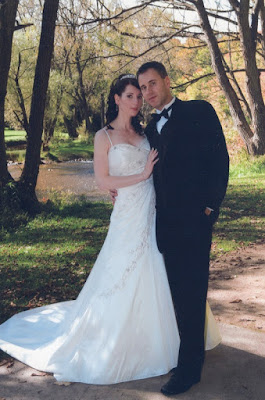 The years have passed, so much has happened and the family has grown.
These are the greatest, cutest and smartest kids we know.  And the best of all is that they are OUR grandkids! Heidi-Elise is now six years old, her sister Annaliese-Lili is four, and their little brother Hans-Frederik is just a few months old.  For sure these great kids are a reason to stick around and spoil them when we can. 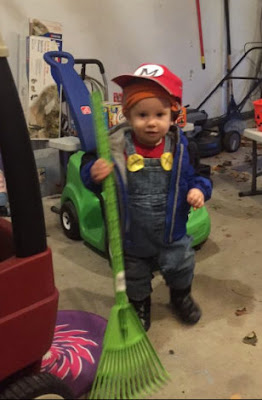 So back to our home base, aka house introduction.  We’ve lived in a lovely condo/penthouse in Toronto overlooking Lake Ontario before and during the construction of our boat. That was sold before we took off for our cruise.  At that time our son offered us the use of his basement apartment in his house to use as our residence whenever we were in Canada.  Of course this arrangement changed when he got married and he and our daughter-in-law purchased a new house and the guestrooms became one after the other children’s bedrooms.


The need to have a real home base or own a house again entered our thoughts after a visit from my parents on the boat in 2012.  Being retired we could live anywhere in Canada and although we’d love to be close to our grandkids, they live in a busy suburban area with high traffic and a costly housing market close to Toronto. During Benno’s extensive research on the Internet, Leamington, Ontario popped up as the warmest area in Canada right after Vancouver, BC.  The farmers refer to this area as to having the most sun units during the year.  So in short, we booked a flight to Motor City (Detroit, MI), took a shuttle bus service to Windsor, Canada and with a rental car we were on our way to a real estate office to look at cottages and houses. We wanted a place that could be customized to our taste.  The rest is history as the saying goes and you can read up on it in our blog “Who We Are”. 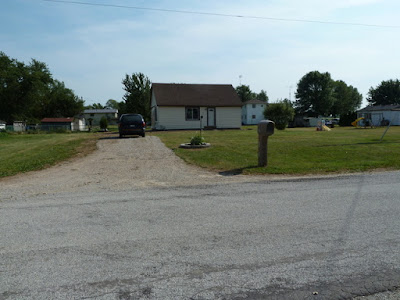 Pre-construction before we started work 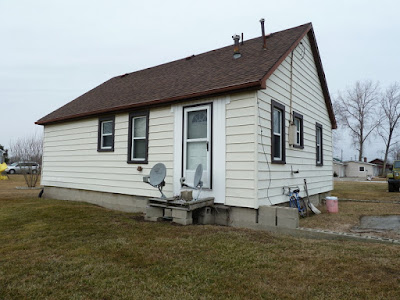 Pre-construction back side of house 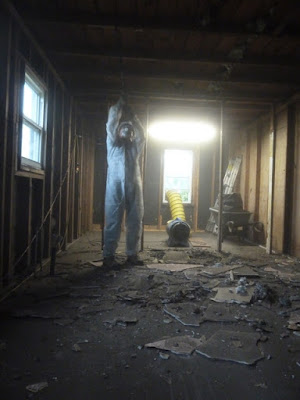 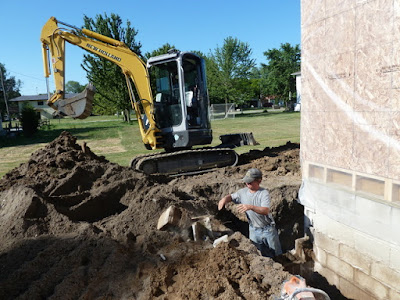 adding seeping tiles around the house and a sump pump 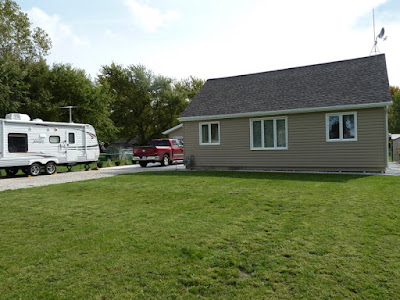 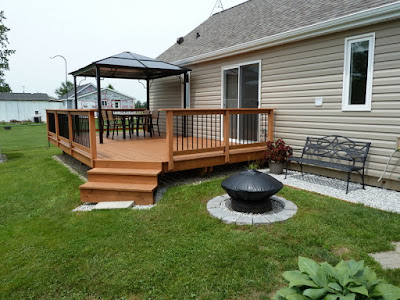 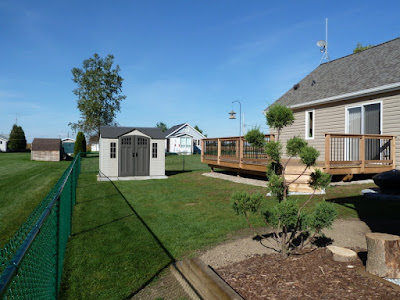 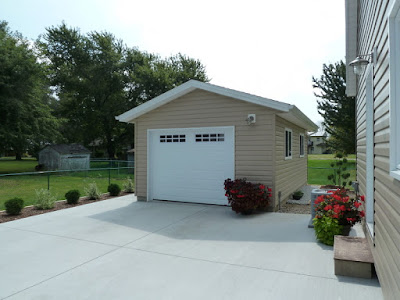 the garage got built 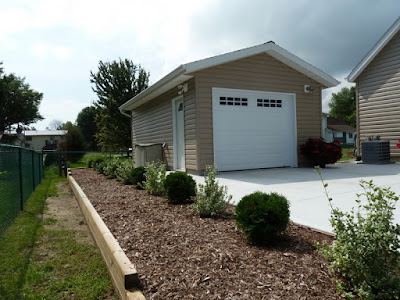 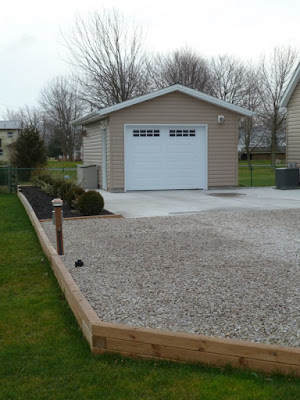 full hook-up for the trailer 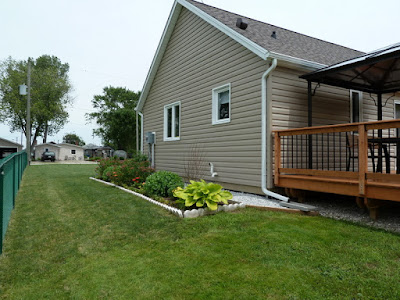 early beginnings of a flower bed 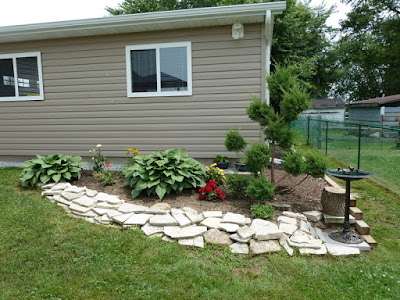 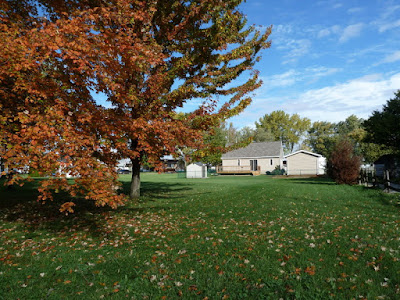 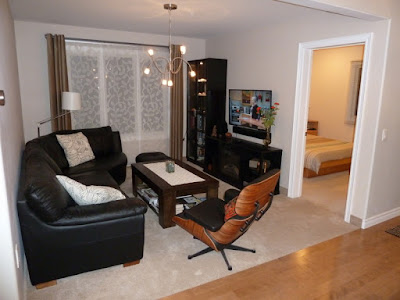 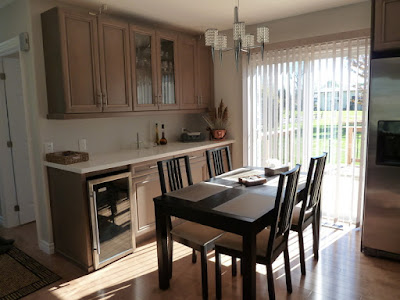 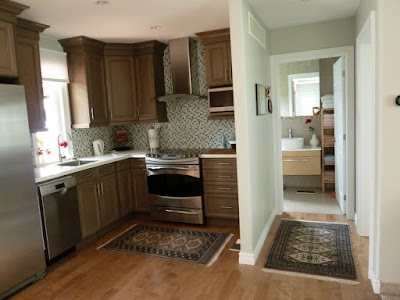 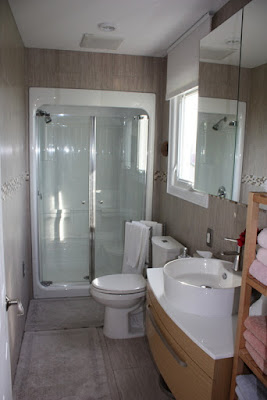 Posted by Marlene Klopfer at 14:23

Email ThisBlogThis!Share to TwitterShare to FacebookShare to Pinterest
Labels: Our home and family