The previous write-up about LED conversion of the taillight indicated how bright LED lights are vice versa the incandescent bulb lights. The taillight conversion worked out fantastic. 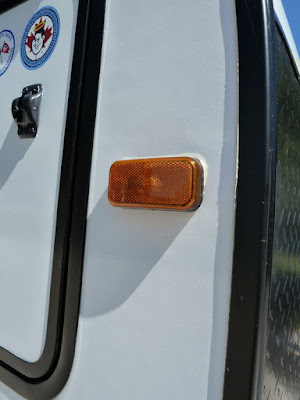 I had been searching at Amazon for a LED bulb to replace the OEM side markers and clearance light incandescent #184 bulb.  Our White Hawk 24 RKS had 12 #184 equipped side markers and clearance lights including the stairs night-light. The LED bulb should meet following criteria:
1.     Fit a T 10 socket
2.     Not taller then 24 mm (15/16”)
3.     Maybe brightness of 150 lumen
It came down to Amazon's Ever Brite 20-pack white T 10 LED bulb providing each 180 lumens of light costing Cdn $17.29.  I ordered these bulbs on 12. Aug. and received these LED bulbs on 30. Aug. via Royal Mail here in Canada shipped from Guangzhou City, China.

In a flash, I took one LED bulb out of the package, went out to the trailer, removed a lens from a side marker, removed the incandescent #184 bulb and inserted the new LED bulb.  It fit in nicely, but shit, the lens would not go back on the marker housing. The LED bulb was 1/8” too tall.

The incandescent #184 is 24mm tall and these LED bulbs are 29mm tall, which is 5mm (3/16”) more.  I figured with a little work on the base I can make it happen to fit, otherwise the side marker and clearance lens will not clear the bulb.  It crossed my mind by using my 6” bench grinder I would be able to modify the LED base to fit the markers T 10 socket.
With a needle noose plier I straighten out the LED bulb’s contact leads, slipped off the white plastic base and went over to my 6” bench grinder to risk my life or should I say some skin.
Yep, in case you are too shaky, forget this exercise, you may loose some skin or worse! Wait for better days and a different LED bulbJ
But for me, I handle a bench grinder pretty well and had worse jobs to master.
With the bench grinder I modified 12 LED bases, fit the tiny LED bulb part back into the bases and repositioned the wire leads.
The modified LED bulb fit well, the lens fit the side + clearance markers housing without a snafu. These Led bulbs do not have a positive or negative indication marked; you might have to do a 180 turn while fitting. Have your trailer powered up, when plugging in these LED bulbs.
To weatherproof the marker, I laid a small beat of GE silicon along the markers housing rim where it meets the lens. Excess silicon you can clean up with mineral spirit.

In the evening’s darkest hour and lit up trailer, I gorged myself at the super bright LED lights. 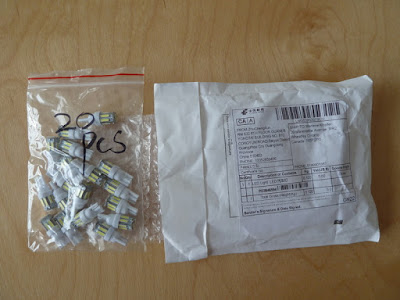 package with 20 LED bulbs from Amazon 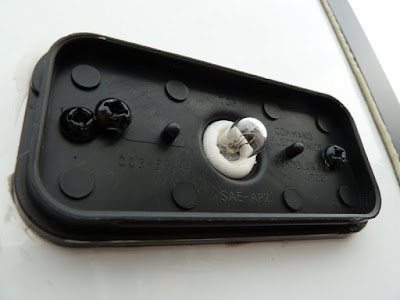 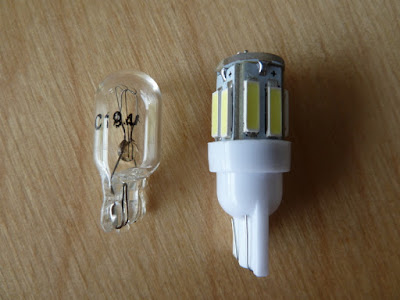 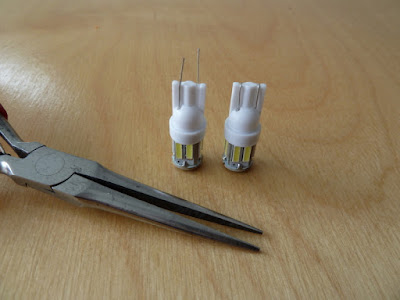 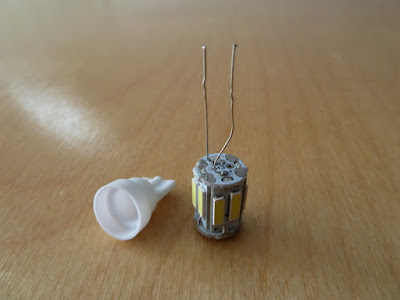 LED with leads removed from plastic base 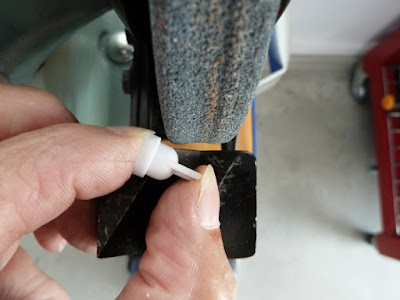 plastic base in position to be grinded on bench grinder 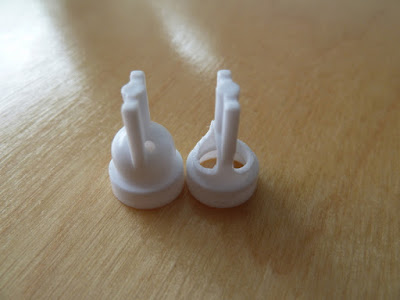 left: original base / right: reworked base 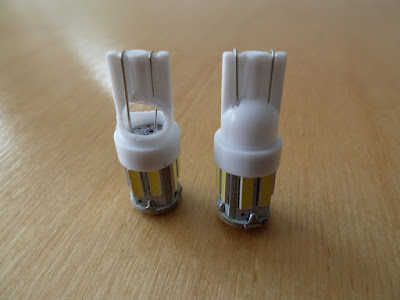 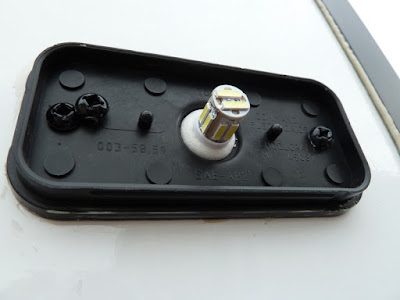 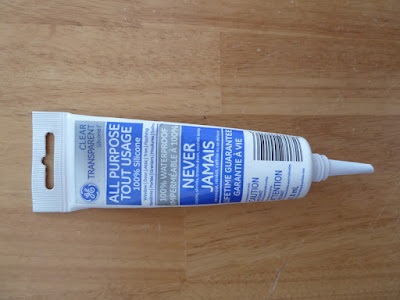 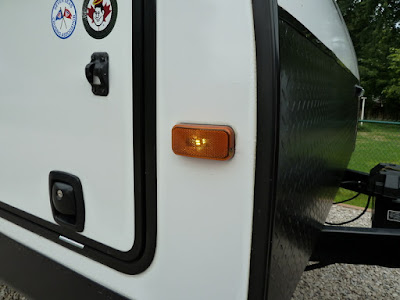 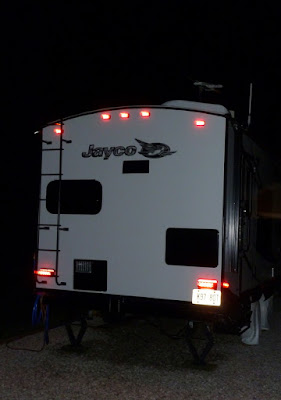 Posted by Marlene Klopfer at 15:31

Email ThisBlogThis!Share to TwitterShare to FacebookShare to Pinterest
Labels: Side marker and clearance light LED conversion