A look at the devastation after the water receded

Today Benno and I went on foot along the Lakeshore Drive and its extension, Cotterie Park, in our neighborhood. It was cold, 2C/35F with occasional snow flurries. A 27km/16 mph wind from the west bit into our faces as we walked. This is a reversal wind from the devastating storm we had from the east that had caused the flood. Actually, it was the combination of the extreme high water level of Lake Erie and the prolonged strong winds from the east that created those damaging waves. 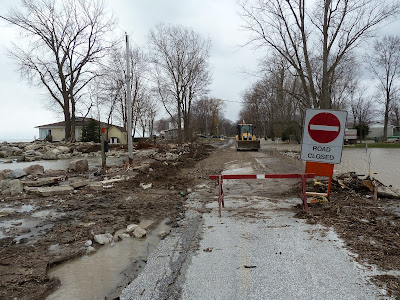 Along the stretch we met up with our friends who live on a raised property across the road overlooking the Lake Erie. They also were spared any damage but we all feel terrible about the destruction we observed in the neighborhood. While looking at the rubble left everywhere, Rich Garton, a News Reporter from CTV Windsor joined us to take pictures and together we climbed the dislocated boulders and rubble to view what an impact the waves had along the shore. Paul, our friend, volunteered to be interviewed about the flood and that footage will be aired tonight at 6 pm and 11 pm on CTV Windsor. 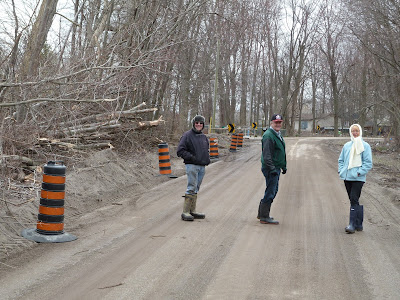 There used to be a large porch/deck behind this house. There was no trace of it anywhere, only pieces of wood strewn everywhere, and broken windows where the Lake Erie had entered the house and caused major destruction inside and on the roof as well. 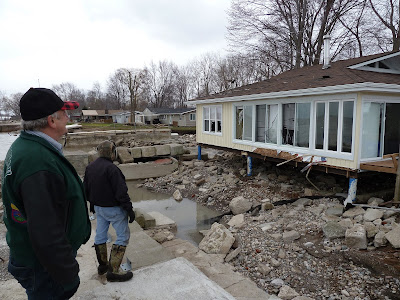 One property had chickens picking at something on the driveway. These you could call free range chickens, as their coop must have been destroyed as well. 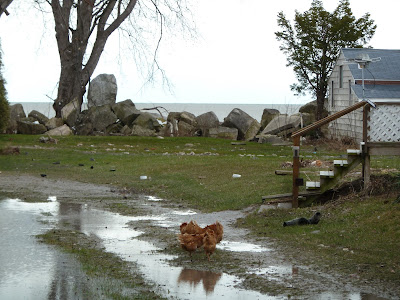 Backhoes and frontend loaders were at work in various areas to push large amounts of beach sand and rocks off the road, cut down trees that had fallen onto the road and relocating large boulders onto the shore where the lake had broken through.  Our town’s mayor estimated the damage in the millions and it will be a long time for the area to be restored to its former beauty. 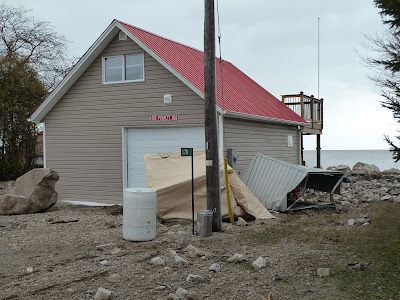 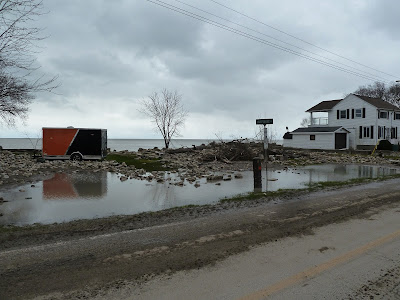 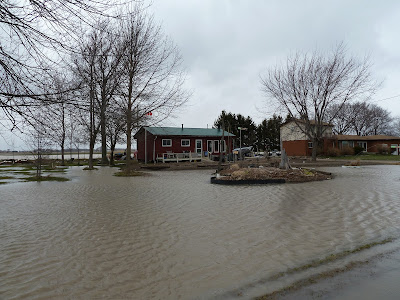 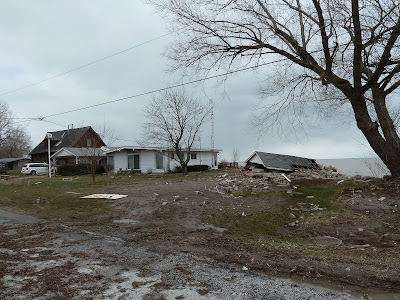 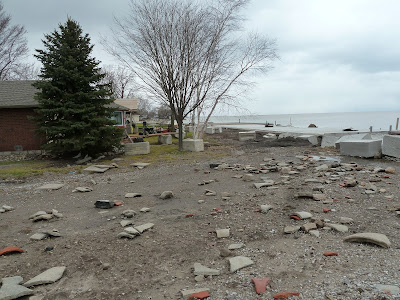 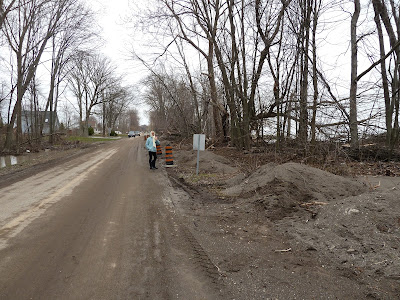 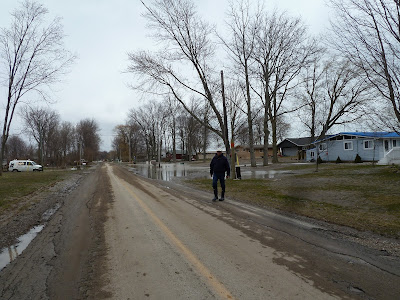 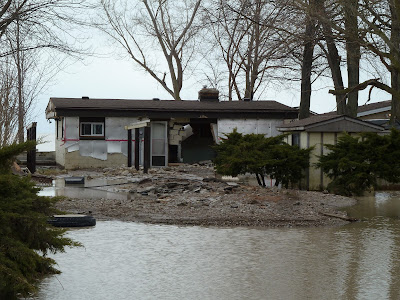 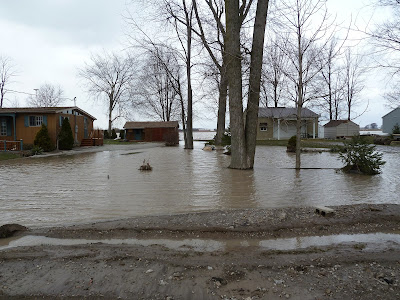 There is a lot more damage along the shore and on Pulley Rd. toward Wheatley Harbor, but we had seen enough and hope that relief funds will be provided by the various government agencies to the people in need.

On a positive note, the flat screen TV that had fallen off the bedroom wall in the camper while driving home is not a casualty of the I-75 and it is now hanging in Benno’s shop and working fine.

Posted by Marlene Klopfer at 14:52