If there were such a thing, we are in it. This morning our nice neighbor, Michael, gifted us with a box containing 4 of the very best apple fritters you can just imagine. They are loaded with real juicy apple chunks, the dough is light and fluffy with a light coating of icing and they smell heavenly. For all the apple fritter fans in Canada, eat your heart out. 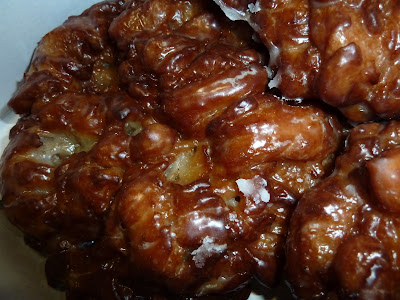 You know we used to have very delicious apple fritters in Canada that visitors from the States would rave about and make a stopover to buy them. They were from the doughnut chain “Tim Hortons.” Let me explain:

“Timmy’s, or Tim” affectionately called is our national pride with more than 4600 franchise stores all over Canada and 9 countries. Tim Horton was a famous hockey player who started a donut shop in Hamilton, Ontario in 1964, which developed over the years into the huge donut outlet chain. When Tim and Lori, his wife, where scouting for the best donut and coffee to start the donut store in Hamilton, they came to the conclusion to sell the best apple fritter and the best dutchie (a glazed donut with raisins and without the hole in the middle, which was their own creation) and the best tasting coffee ever to their customers. Hey, the apple fritter, the dutchie and the coffee became the backbone of the business. We know all this, because Lori Horton had the apartment across the hallway from our apartment in the nineties. Benno is an apple fritter and dutchie fan and a sucker for them. (Forget about calories and carbs, just indulge) 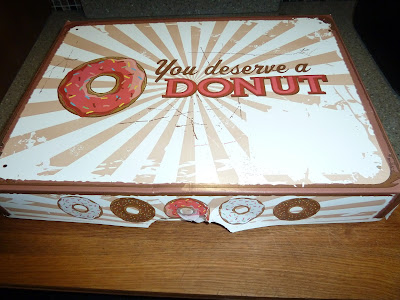 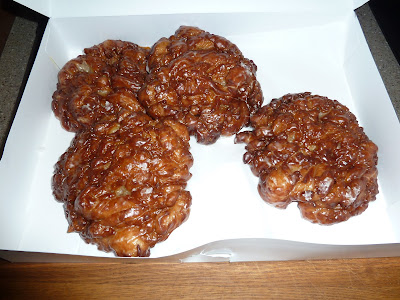 So why are we apple fritter fans so agonized? Last spring at the end of our trek home from Ocala, FL, after crossing the US/Canada border at the “Ambassador Bridge” Detroit/Windsor we stopped at a Tim Horton’s just a mile past the bridge to purchase a couple of coffees and two apple fritters. Just imagine our disappointment when we discovered that there are no longer any apples in the apple fritter and the dutchie has been discontinued!! If there is not enough profit in it, then for goodness sakes why didn’t they raise the price instead of omitting the apple? 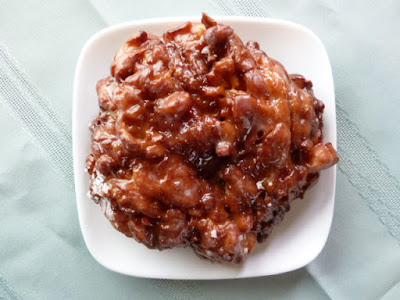 Although we have lost Tim’s icon, most Canadian grocery stores offer their own versions of apple fritters and some of them a pretty good, but they cannot compete with what we got here. 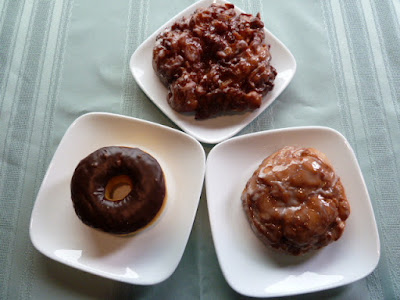 So these nice apple fritters that appeared at our doorstep this morning came from the donut store: "Simply Donuts" located in Brewton, Alabama.  It is quite a distance from our RV Park, but Michael’s girlfriend, Melissa, works as a nurse in Brewton and got them for us this morning after her shift. Thank you both.

Posted by Marlene Klopfer at 17:50