What happened here since the last update? Not much but today was the rollover test of the by Leamington’s Hike Metal Canadian built Coast Guard vessel as announced in my previous post. Rains had stopped around 10:30 but it stayed overcast all day. The newspaper article stated the test to be conducted at 1 p.m. at the Leamington Marina. Benno and I were at the Leamington lakefront promenade next to the marina at 11 a.m. with our dogs to find out where exactly this Coast Guard boat and the extra equipment would be situated.
You could not miss the huge crane at the end of the pier from where the Peele Island Ferry leaves. However, there is no pedestrian entrance to that area. The only viewing point was the promenade from the marina to the ferry and that is where we, including a bunch of onlookers, shipyard workers and Government types hung around.

Because of the distance, I had to mount on my Canon EOS camera the big tele lens and to try my best to get some decent shots of the action.  At about 12:30 we noticed some activity at the crane and workers getting busy around the vessel as well the standby tugboat moved into a safe distance, so we sat down on the stone ledge of the flower gardens to observe the happenings.

At 12:35 p.m. and without much fanfare the Coast Guard vessel was untied from its mooring lines and slowly being pulled from the dock away by the crane’s cable and  as the crane operator applied some power the vessel started to roll in slow motion on its side as we watched her being further and further rolled with the help of the slings from the crane. Then when she was totally upside down it only took a few more seconds and she rolled with a big plash around on her own into a normal level position as the slings released. It was over before we knew it. The whole thing from start to finish took 9 minutes.  Now it was up to the standby tugboat to get her and bring her back to the dock.

If you look closely at my pictures you will notice a drone to the left of the pictures. I guess that viewpoint would have been the best and I am looking forward to tonight’s Windsor TV news to see if they will broadcast a clip of the rollover from a closer distance. 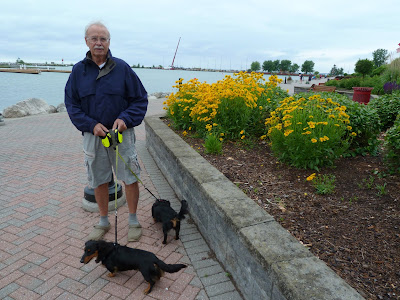 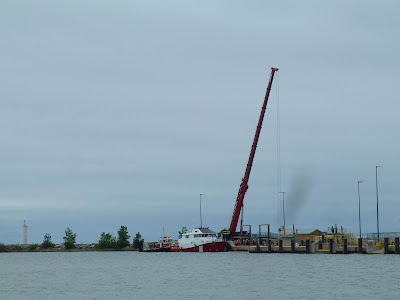 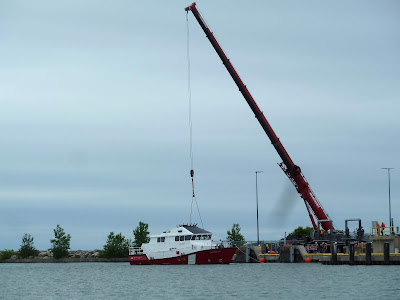 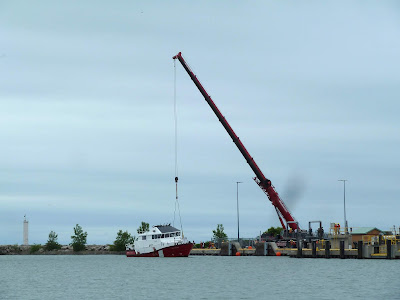 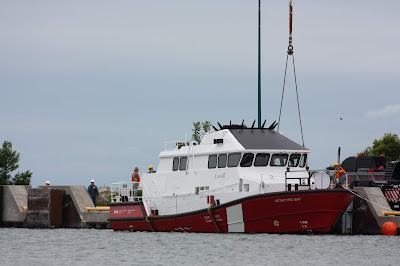 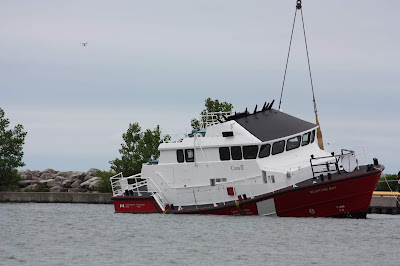 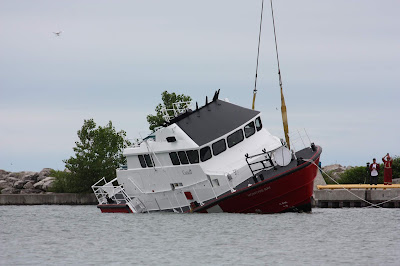 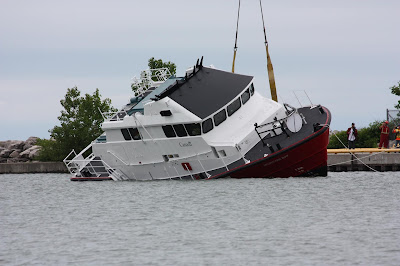 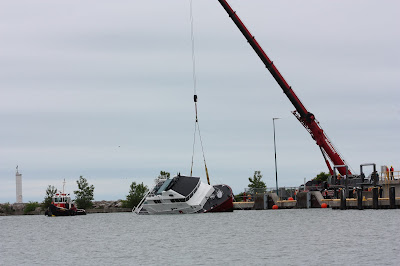 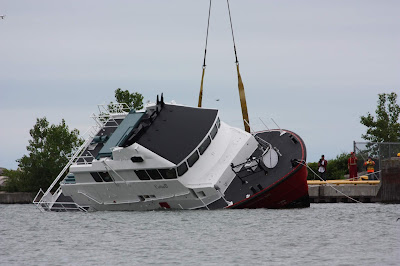 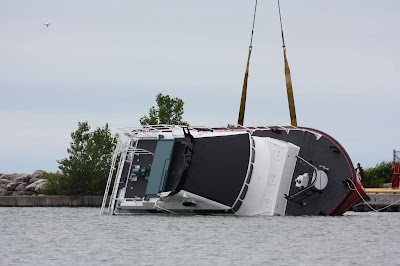 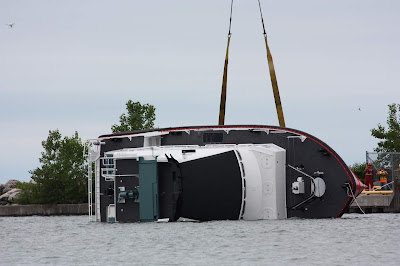 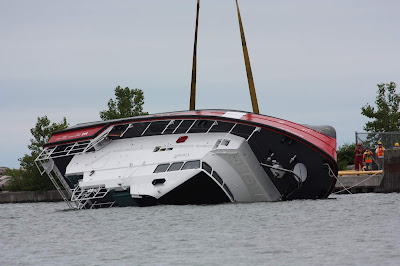 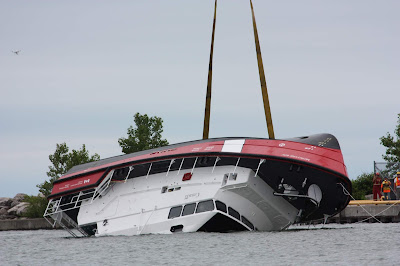 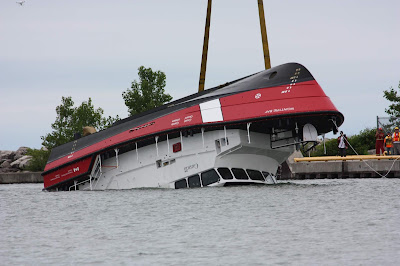 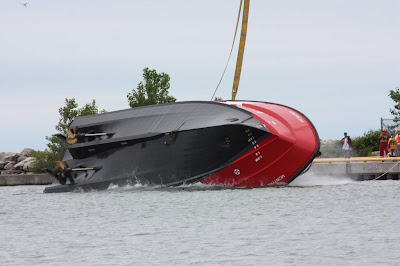 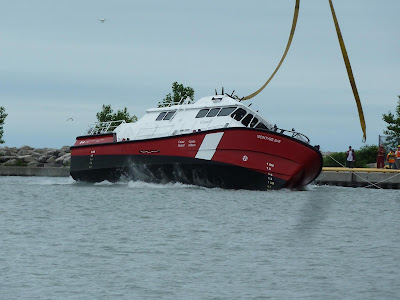 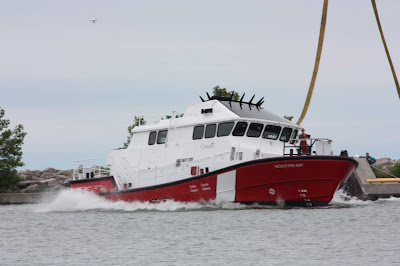 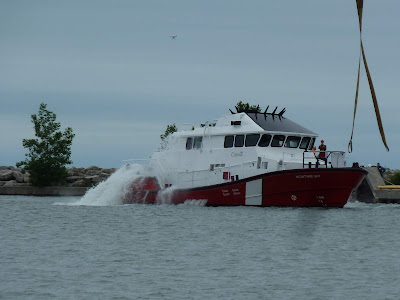 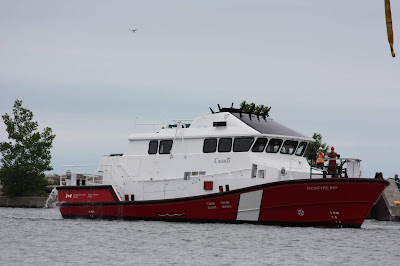 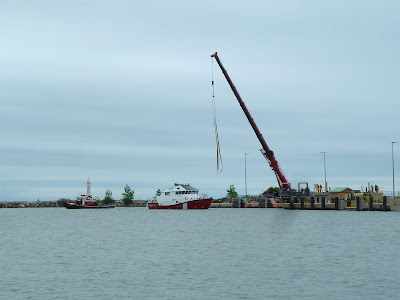 Although a short event, most likely there won't be another one like this again and we appreciate that the public had a chance to observe this test.

Posted by Marlene Klopfer at 14:43