Where are we now?
K&N RV Park, Huachuca City. Az


For Benno and me the name “Patagonia” brings back lots of memories. In 2008 and 2009 we spent half a year cruising on our own vessel through the fjords of Patagonia in Chile and Argentina, at the southern end of South America, on the way to Cape Horn. 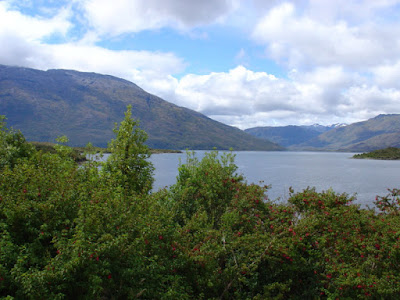 Here in Arizona, roughly 30 miles from our RV Park is the town of Patagonia and the Patagonia Lake State Park. We wanted to see it and hopped into the truck to have a look. Basically you follow the State Route 82 until you see the sign to turn off the highway toward the State Park. 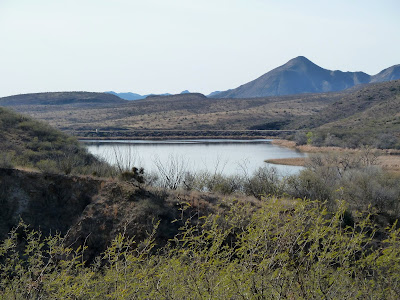 Along the highway past the small town of Sonoita (they have unique road signs) we spotted advertisements of vineries and we saw vineyards that lay dormant at this time of year. Also small restaurants and diners looked interesting. In our rush to get to Patagonia Lake it didn’t occur to me to investigate these eateries further.  However, later when I searched the Internet, I was astounded to learn that the vineyards offer wine tastings and what we missed in regards to the restaurants. I am including a link to the "The best 11 things to do in Sonoita."l 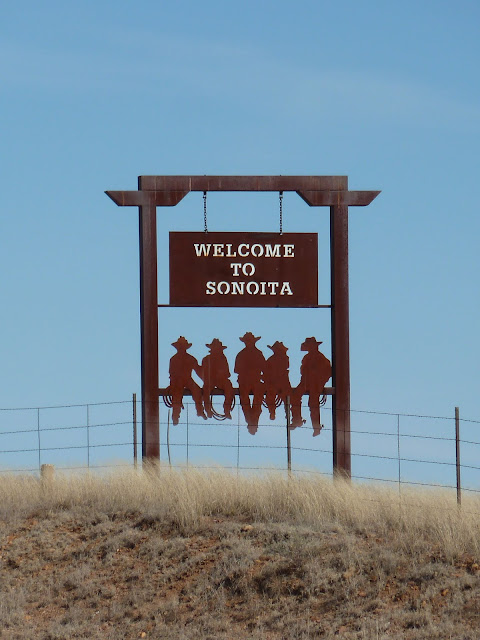 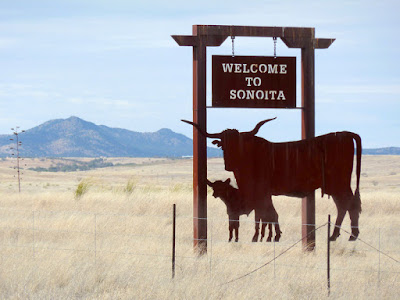 Further on down the highway I noticed another two neat signs advertising the town of Patagonia, so we stopped there to explore it. The town center nestled between the hills has a few nice stores, restaurants and a hotel. 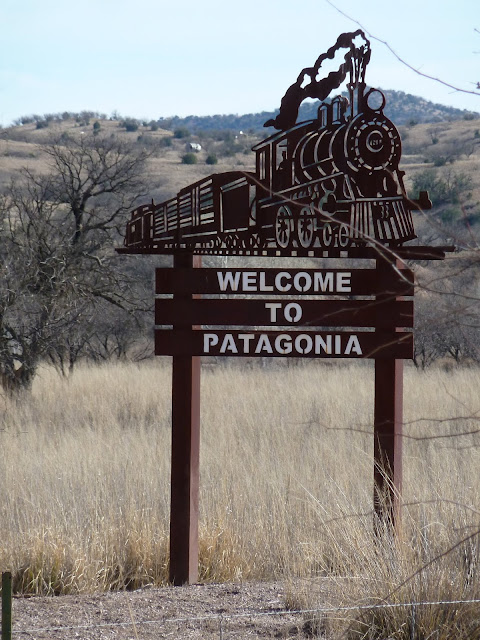 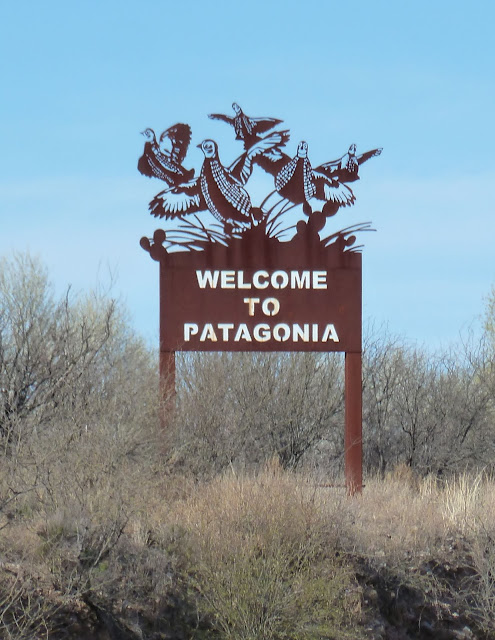 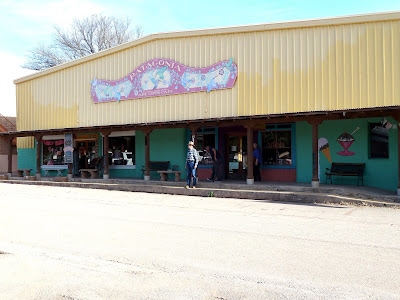 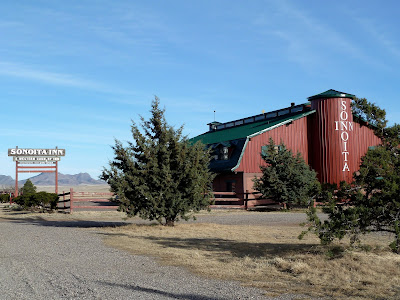 When we arrived at the gate to the Patagonia State Park we realized that it would not make much sense to pay the entrance fee as it was half an hour before the 4 p.m. closing time, so we turned around and thought we would come again at an earlier time to have a closer look at the lake. I guess the following pictures will speak for themselves and not much explanation is necessary. 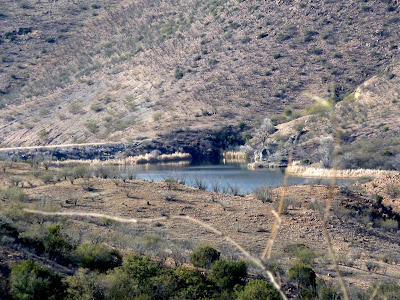 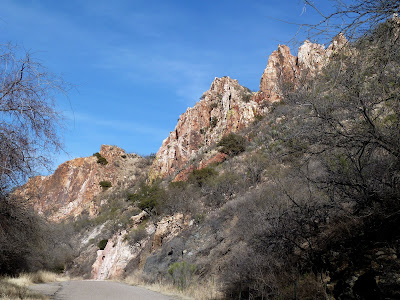 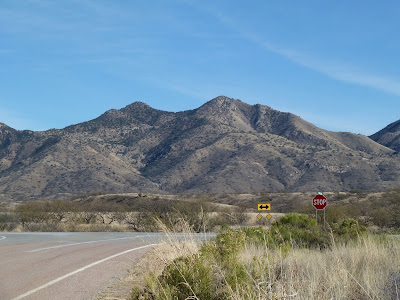 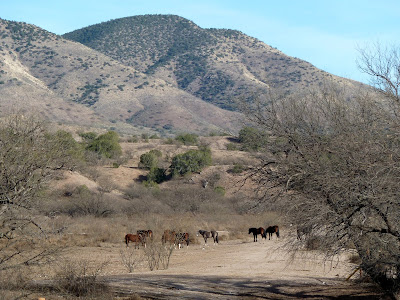 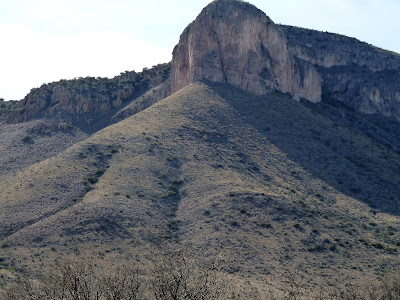 On our return from the Patagonia Lake State Park we passed a shrine built into a cave or grotto high up on a cliff reachable by man made stairs next to the highway. We found it interesting and stopped at the small adjoining parking area to have a look. We truly hope it will not be destroyed in years to come. A sign right there had already a few bullet holes. 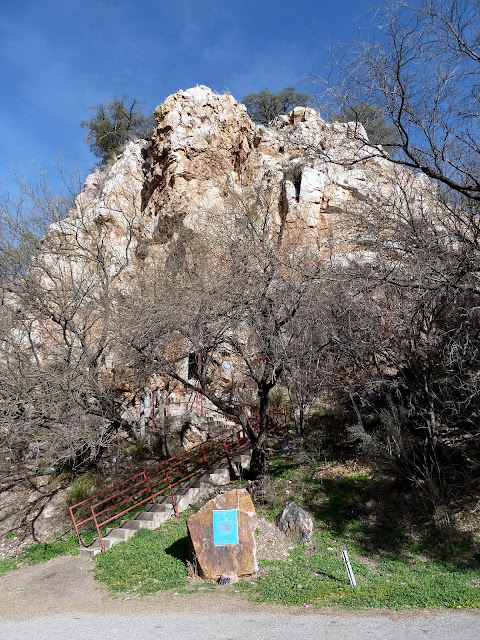 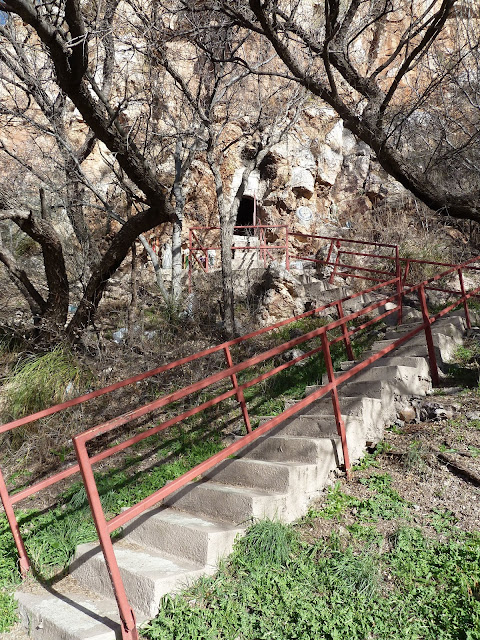 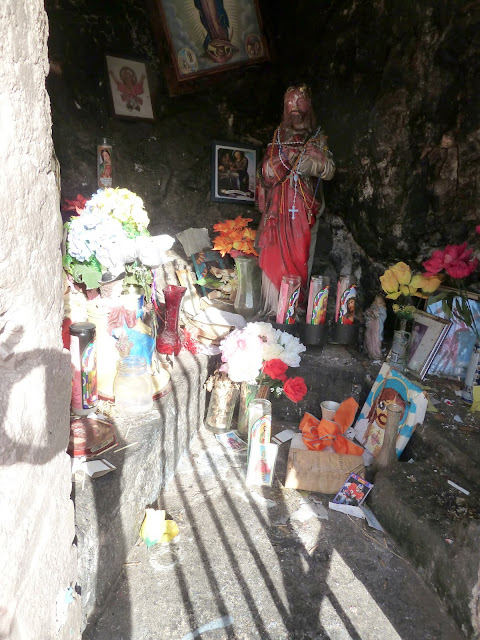 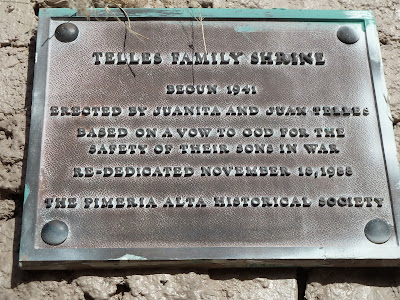 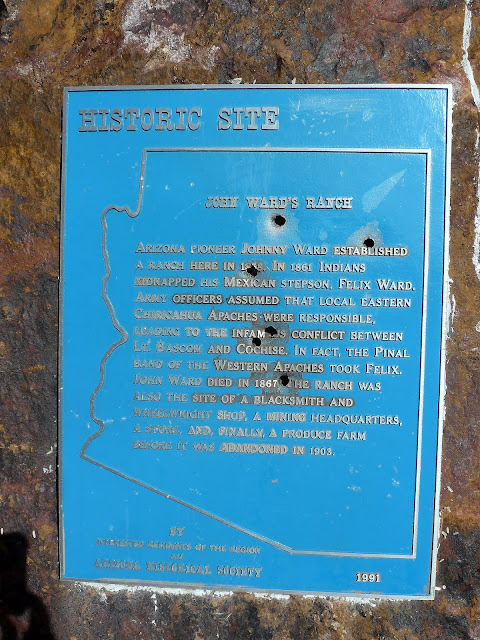 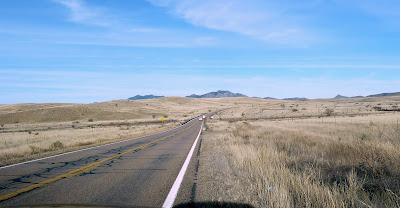 Next to the Patagonia sign was this one with a roadrunner. 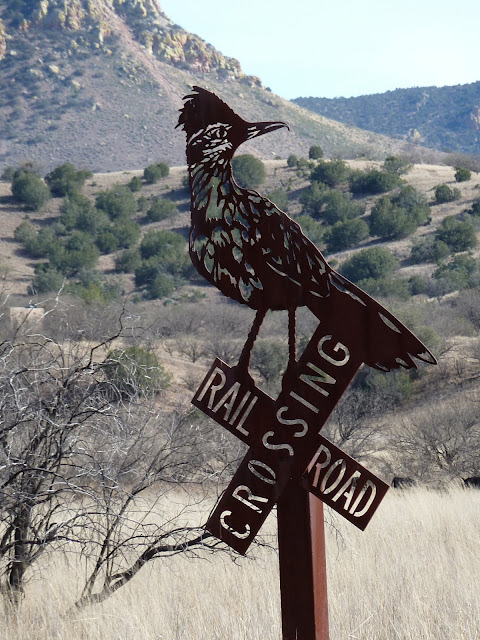 We don't have Roadrunner birds in Canada but I took a picture of one in the park for all who haven't seen one in the wild. 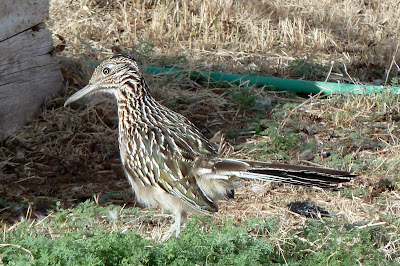 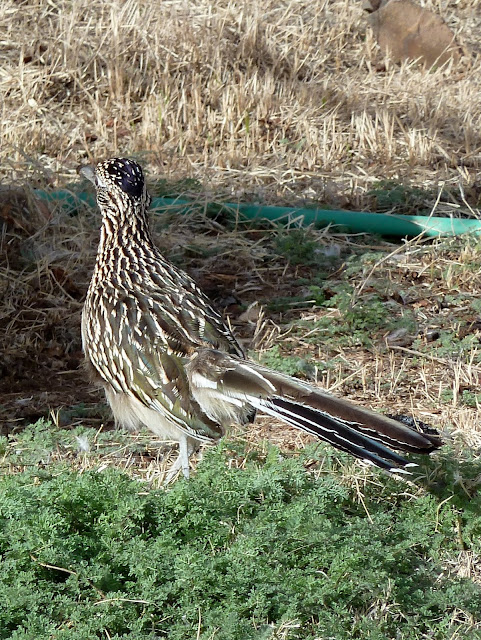 The Patagonia Lake State Park and lake area are for sure awesome during the warmer season and it would be also great to tour the vineyards so if you happen to be in the vicinity, then go visit.

Posted by Marlene Klopfer at 21:38