Happy Easter to everyone

Easter 2020 at home in Leamington, Ontario


This year’s Easter celebration will be different than in previous years for a lot of people. Being restricted to travel or to socialize can be difficult for many and even grocery shopping for the special holiday has become a challenge. 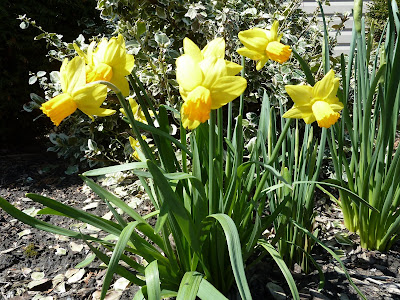 Benno and I were cruising on boats full-time for a dozen years or so before jumping into RVing and there are many similarities for both so one lifestyle is not much different compared to the other. Planning ahead for travel meant for us that we had to shop for groceries that had to last for several weeks or sometimes a couple of months because either we were at sea or the unknown of where and what would be available at the next stop. Places like Patagonia in South America that are isolated. So this situation we are in at the moment where we are encouraged to stay home as much as possible is not so unusual for us. This also brings to mind a few incidents over the years where we had to make do with what we had on hand and also to learn to live without certain foodstuffs. 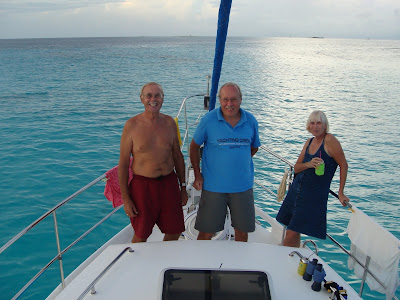 Benno’s brother Harald and his wife Jutta flew in to Curacao, an island in the Caribbean, to visit us and to cruise with us for a few weeks. We planned a trip to Aves de Sotavento, a remote group of islands belonging to Venezuela. For the preparation of the trip we rented a car and all four of us went to the big supermarket in town to buy groceries that would last us for a few weeks, because the island we were sailing to only have a Coast Guard crew stationed there and nothing else. Jutta and I concentrated on meats and produce while the guys were in charge of beverages. As it happened, the store had a special price on Coors Light beer and we all agreed that the guys should grab at least two cases of 24 cans because the guys would like a cool one every now and then. We finished our shopping and piled everything and us into the car, unloaded it all at the boat and together stored everything away. 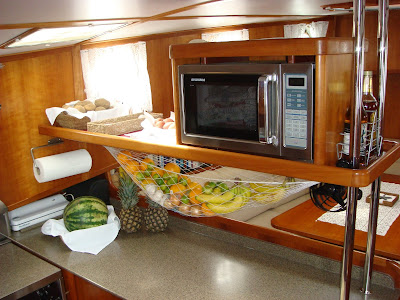 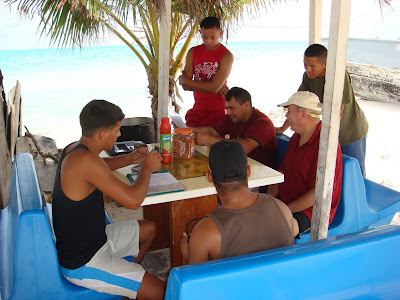 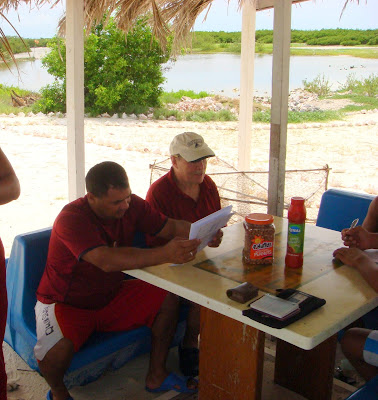 The next day we took off. During the night watch, it was Benno’s and Harald’s turn at the wheel (but we were under autopilot anyway) the guys were looking forward to enjoy one of the Coors Light beers. As they were going to open one of the beer cartons they couldn’t believe their eyes and were at a total dismay. Somehow the boys had grabbed two cases of “Malt Beer” instead of the Coors Light Beer, which had been sitting side by side at the supermarket’s floor. None of us four had noticed it and on top neither one of us liked Malt Beer. Well, no beer for the rest of the trip!

What did we do with the beer? When we arrived at the island, the Venezuelan Coast Guard crew, who were pretty young lads and had been waiting for an overdue supply ship for weeks were grateful for our donation as well as a bottle of spiced tomato ketchup, which they asked for, and a large jar of honey roasted peanuts to go with the beer.
We didn’t tell these young 18 to 24 year old Venezuelan Coast Guard lads that Malt beer is known to be beneficial for breastfeeding women. HaHa! 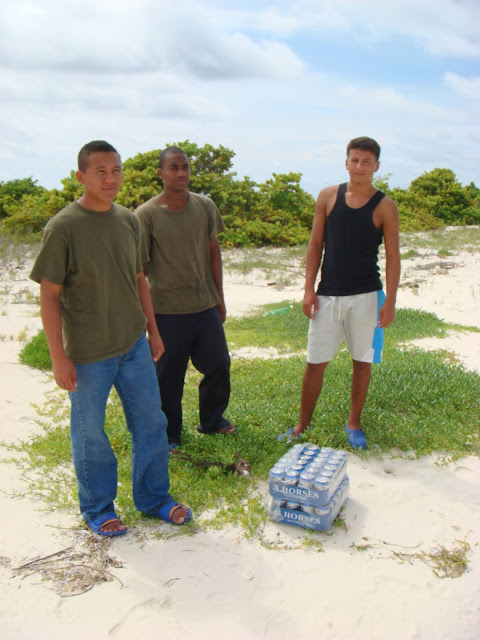 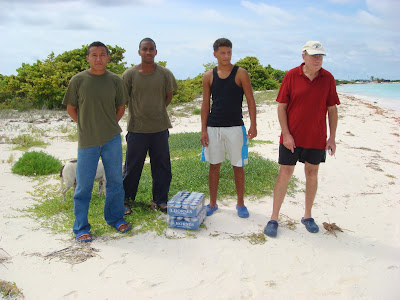 Hoping that everyone will stay safe and healthy at home this Easter weekend and to enjoy what you were able to obtain.

Posted by Marlene Klopfer at 15:55