Sitting in an RV Park that is located at a corner of a busy highway intersection, you wouldn’t know that adjacent, on the other side of the park, there are secluded woodlands.  If it wasn’t for our dogs, I might have never known it existed.  Right after the entrance to our park, at the property border and amidst thick brushwood and subtropical scrubs begin a trail into the forest.  Intrigued, holding both dogs on a short leash, I hiked into another world.  The canopy of the mature trees overhead let only filtered sunshine down onto the wilted leaves strewn path.  Both dogs were excitedly sniffing and their noses never left the ground.  The trail was strewn with sticks and branches and part wise there seemed to be no trail at all and then there were several paths splitting in different directions.  We must have been stumbling along for about 20 minutes when I thought it to be wise to turn around before I would get lost.  Upon our return to the travel trailer and my account of the newfound trail, Benno thought it would not be a good idea for me to go back there alone, even with two dogs.  Next morning Benno agreed to come with me for a walk into the forest.  As it turned out, it became quite the hike.
Way beyond the point where I thought I had turned around the other day the terrain became challenging.  There were steep bluffs and a limestone gorge in which we ascended down, large boulders to climb over next to a sandy wash ending in a valley with white sand. The dogs had an easier time to do it with their four legs, but Benno and me had only two legs each and we’re not getting any younger. I am sure we could have found easier footpaths around these obstacles but the dogs had so much fun running ahead that we had no choice but to follow.  I was wearing clogs and the temperature had already come to 84F/28C so the leisure walk in the park had become somewhat of a workout.  I’m glad we went and we’ll go again when the temps are a bit cooler and I’ll be wearing proper shoes to see the rest of the area. 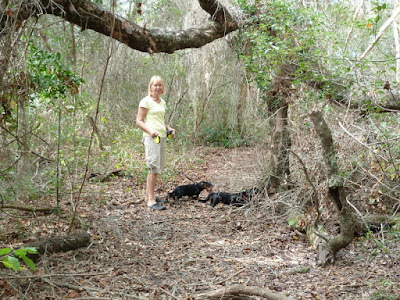 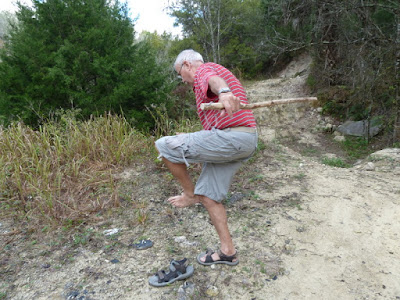 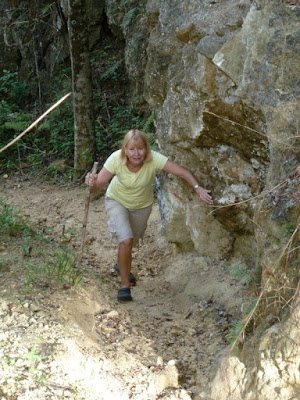 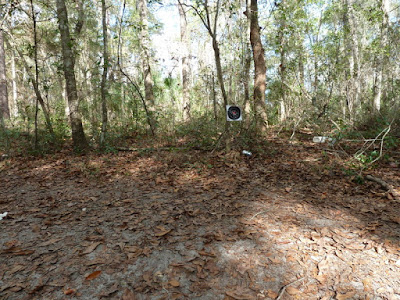 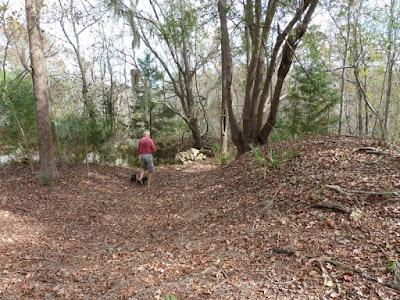 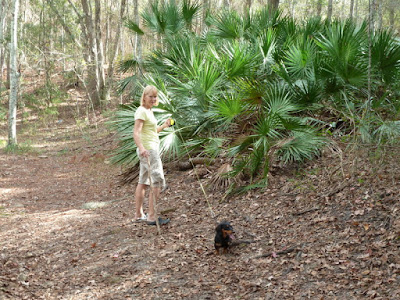 Upon returning to the trailer we found a package on the steps. Benno had ordered a Hayes Sway Master and he was happy to see it had already arrived and even happier looking forward to installing it. So for you techies, look forward to the next update covering the installation of the Hayes Sway Master in a couple of day’s. 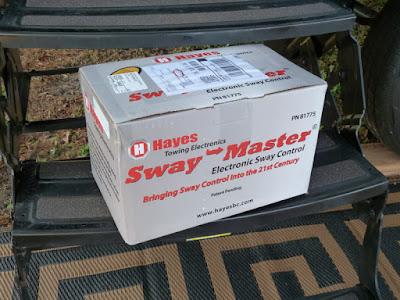 Posted by Marlene Klopfer at 07:57