Where are we now?
AOK Camper Park, Amarillo, TX


So we left a day early from the Town and Country RV Park in Roswell, NM although I had prepaid a week. After a large exodus of the March Break crowd and the discovery that someone had been siphoning gasoline from our truck during Saturday night and because it was a gorgeous day for traveling, we packed up after lunch and hit the road. 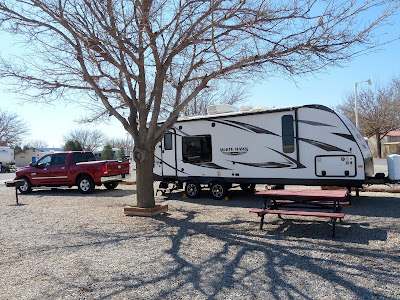 Our destination was Amarillo, Texas but we were not in a hurry so we thought we drive to Hereford, which is only about 50 miles west of Amarillo, and find us a nice Walmart parking lot for the night.  We have never been through this part of the country and I find that new scenery is always nice and exciting. Hereford did ring a bell with me, but I had no idea about the magnitude of cattle in this area. 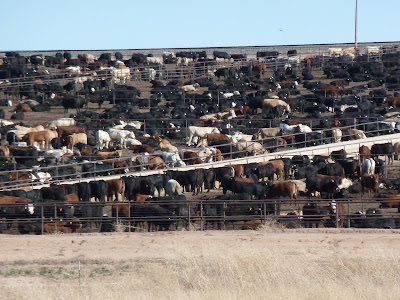 Along US-60 on both sides of the road are cattle fields. Some cattle were free roaming on meadows, but the majorities were contained in feeding stations.  And we saw thousands upon thousands of cattle! Now I know why Hereford is called the “Beef Capital of the World” And by the way, if you have a sensitive nose, you might consider a detour. 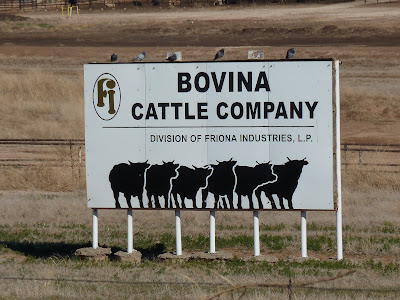 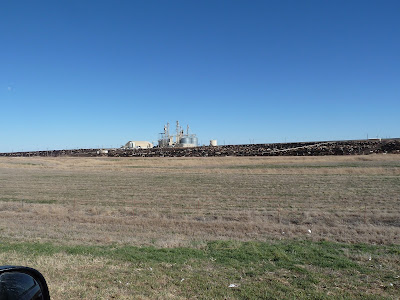 As far as I could see, cattle and more cattle 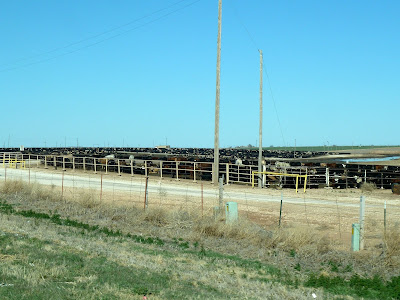 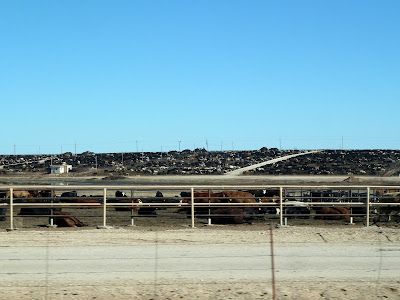 The following is an excerpt from the Amarillo.com website:

The Texas Panhandle is the nucleus of beef production. Amarillo ranches and feedlots produce 30 percent of the nation’s beef and 88 percent of Texas’ beef. Ninety-six percent of beef on the market today comes from the Texas High Plains. The Texas Cattle Feeders Association is headquartered here, and Texas Beef, which has been producing beef for more than 100 years spanning four generations, produces 200,000 cattle annually from two feed yards. Cactus Feeders, the world’s largest privately owned cattle feeding operation, owns 10 feed yards, six being around Amarillo. They have a capacity to hold 480,000 head of cattle. 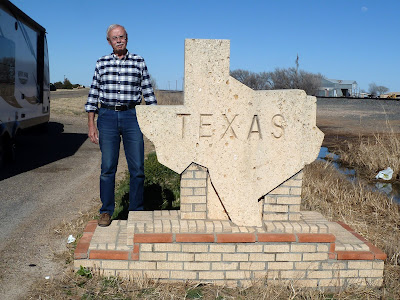 We found a nice spot at the Walmart parking lot in Hereford and settled there for the night. The temps dropped below freezing but our furnace warmed us up nicely.  After a good breakfast and a stopover at the Murphy USA ($2.25,9 gal) Gas Station to top up our fuel tank we were on the road. Since we were so close to Amarillo we didn’t have to rush but we had lost an hour when we passed the time zone into Texas and our inner clocks were not quite adjusted yet. 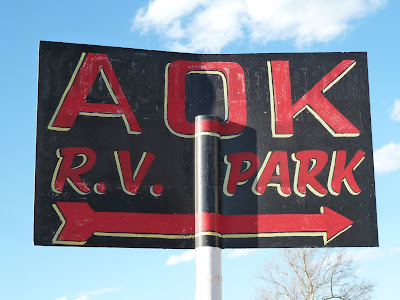 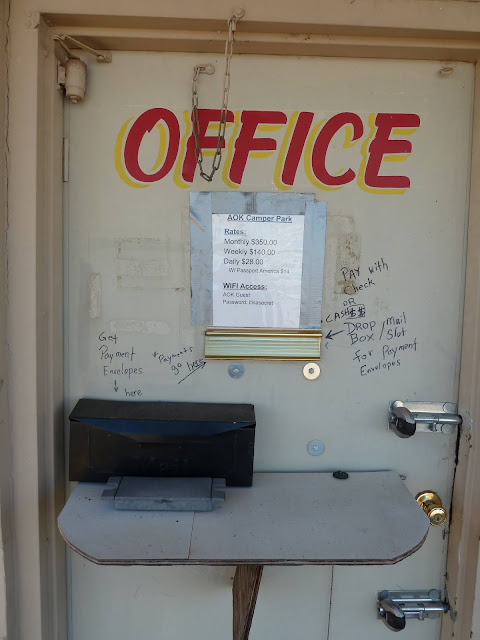 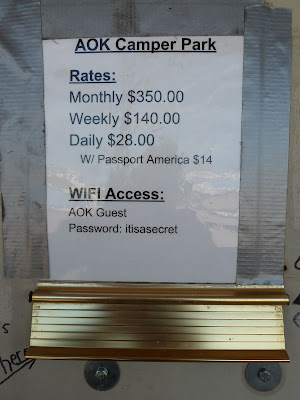 Here in Amarillo we pulled into the AOK Camper Park next to the I-40 Exit 80, which has a sound barrier so we don’t hear much of the traffic. As a Passport America member the stay is $14/day incl. full hook-up, free wifi & free electricity and easy pull through lots. Payments need to be in cash deposited in an envelope into a mail slot at the office door. This is a no frills RV Park and not for you, if you are picky, but it is definitely better than an overnight stop at a Walmart. At the end of the property roaming behind a fence are a Longhorn, an Emu and a Llama our two doggies have visited to say hi. 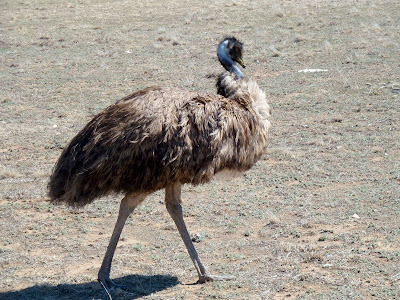 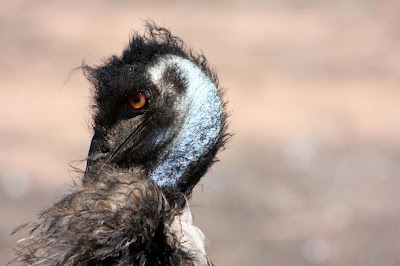 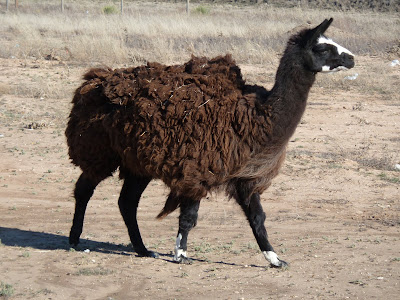 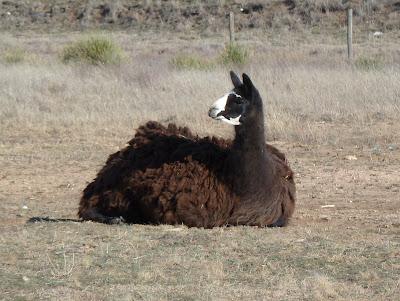 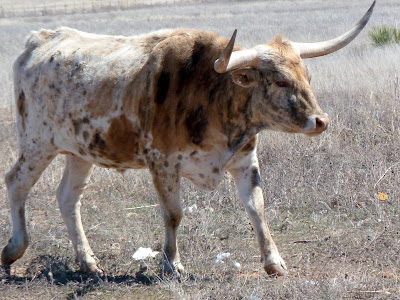 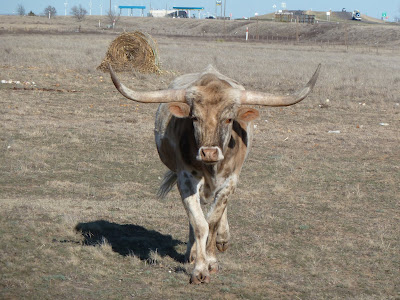 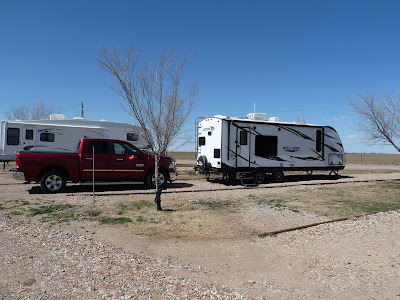 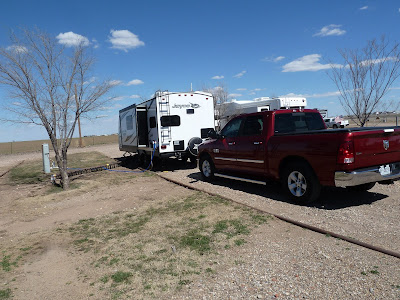 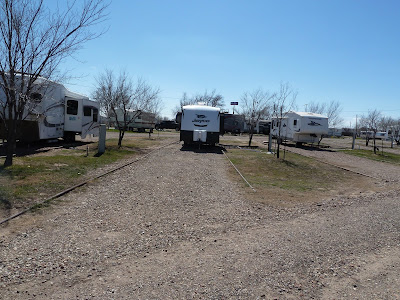 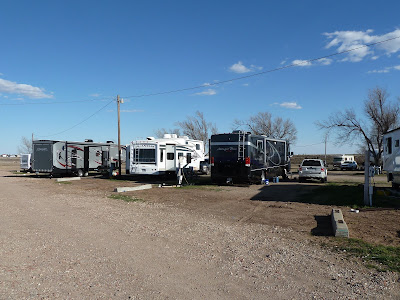 Also at the end of the property lies a trailer that flipped over in last weeks’ windstorm that raged through here with over 80 miles an hour. It seems it is a work camper that was unoccupied at the time. 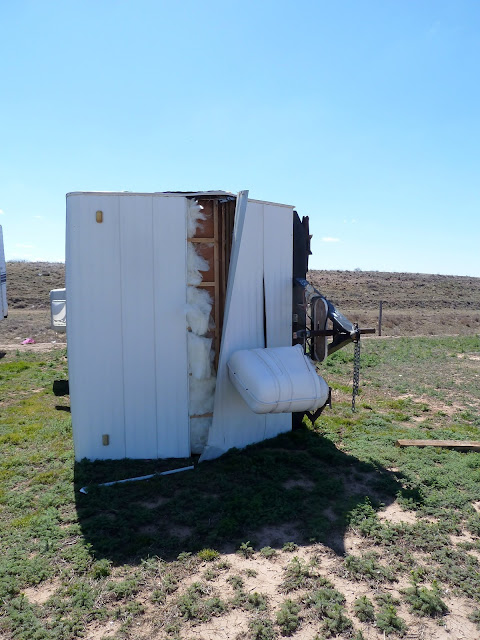 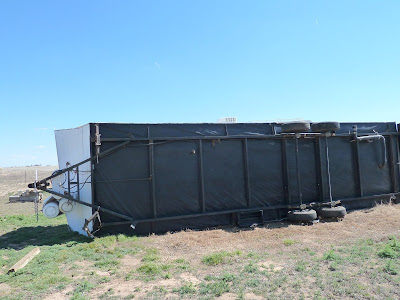 We are planning on staying here through Saturday. I’m going to taste test a hunk of that Hereford beef for my upcoming birthday and I’ll let you know how I made out. Basically I am copying "Jim and Barb's RV Adventure" in their birthday celebration for Barb (sans the festivity at the Laundromat) since it’s also a milestone birthday for me.
Posted by Marlene Klopfer at 17:01