First off, thank you everyone for your nice words in regards of my Dad’s passing.  My trip to Germany had been an emotional one and still is because our Mom is now alone in Germany to cope with her new circumstances and it is a difficult time. My sister Christina has been a huge help in support, making arrangements and in her efforts to manage the affairs for our Mom.  She is coming back home to Canada by the end of next week. 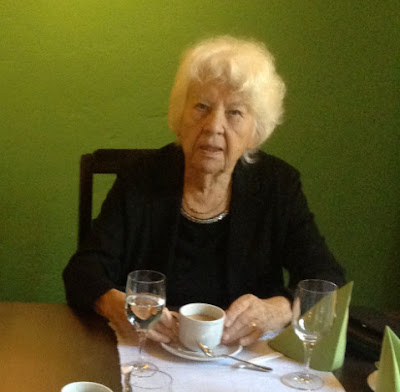 While I was in Germany Benno had been running our household that included looking after all our dogs in our house.  As I am now getting over my jetlag it is my turn again to get up at all hours of the night to tend to the needs of our Elsa. I got back from Germany just in time to celebrate with Benno his 75thbirthday. There was no party this time (because he wants to keep his age secret so don't tell anyone) but I made him his favorite foods and I tried to make it a special day. 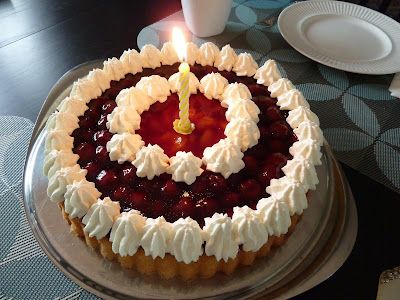 For all you dachshund lovers or puppy enthusiasts I will now post some pictures of our litter of 7 pups. They grew quite substantially during my absence. The first two pictures were taken on the day I left for comparison and the rest of them I took today. It is easiest to photograph them while they are sleeping because once they are awake they move around so fast that my pictures turn out to be blurred. I need to maybe use my other camera and adjust the shutter speed or post a video clip. 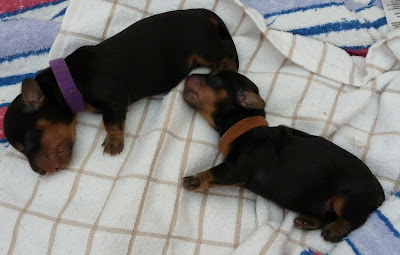 Pups the day I left, eyes still closed and no hearing yet 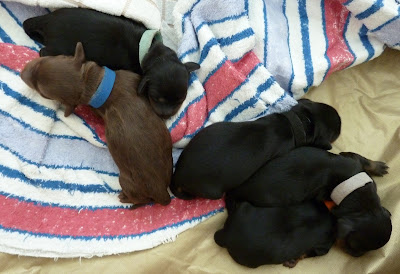 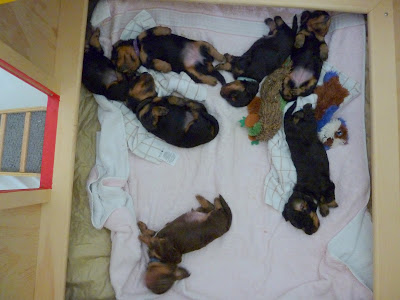 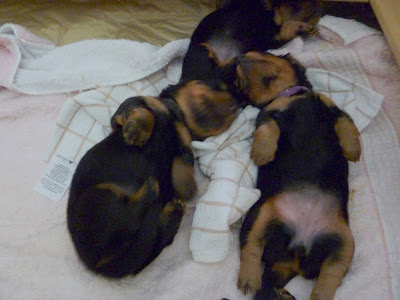 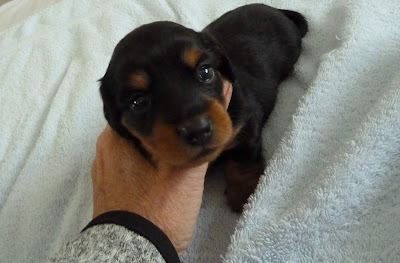 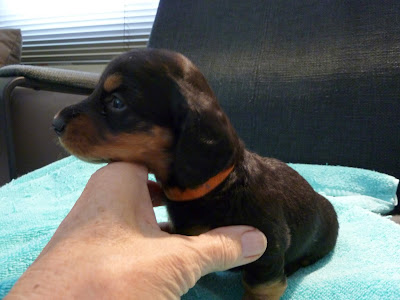 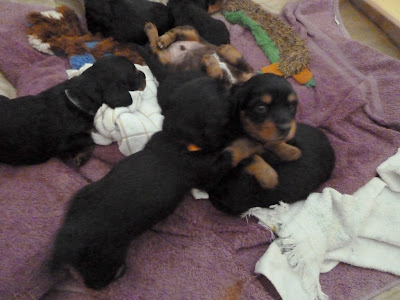 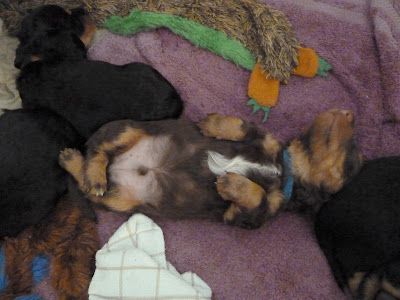 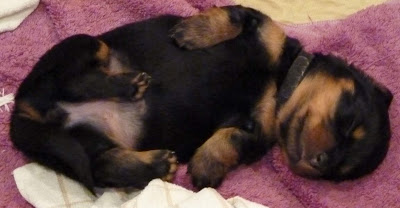 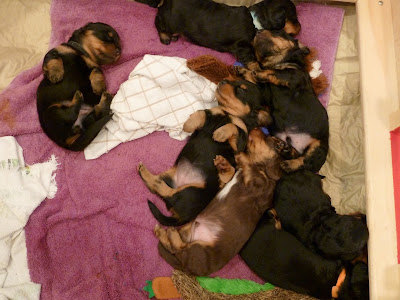 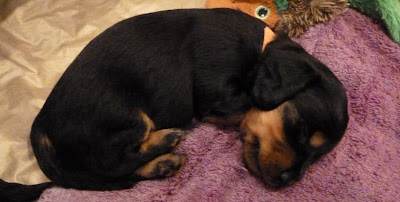 I hope that all our traveling friends that are already on their way south to warmer climates are having a safe trip. I’ll be catching up on blog posts shortly and will follow along. Have a great time everyone. More news in my next update, so stay tuned.

My Dad  01.01.1925 – 12.10.2018
When the phone call came this morning at 4:15, I just knew what it meant. My Dad, called “Papi” by my sister and me went peacefully after being in a deep coma for two weeks.  He was fortunate enough to be able to celebrate with my Mom their 70thwedding anniversary this past April. Until this last stroke he still enjoyed independent living at home. Although being discouraged to keep driving his car, he would not give up doing small shopping trips with his scooter, which kept him mobile. I suspect he enjoyed racing this thing for all it got, because he looked for opportunities to take it out onto the road, and he was 93 years old.
My parents had a successful retail store in Germany for over 30 years. The store was well known in town. Among his many talents, my father had learned the trade of sewing machine mechanic at the Singer Company and there was not one model or type or brand of sewing machine he could not fix. Even as a POW after WW2 in an American POW Camp they were relying on his knowledge and had him fixing the sewing machines of the US Army. The sergeant would say, “Hey Heinz have a look at this one, it is really messed up” and Heinz (my Dad) would have a look at it and had the sewing machine working again in a flash, earning him some extra ration of food treats. This trade he continued to do as a hobby if someone needed help with his or her machine in the later years up into his high age.  He will be missed. 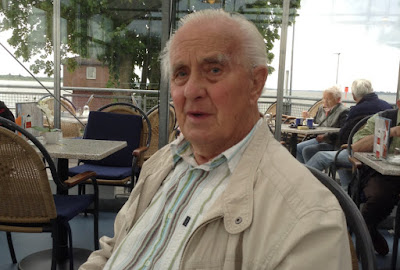 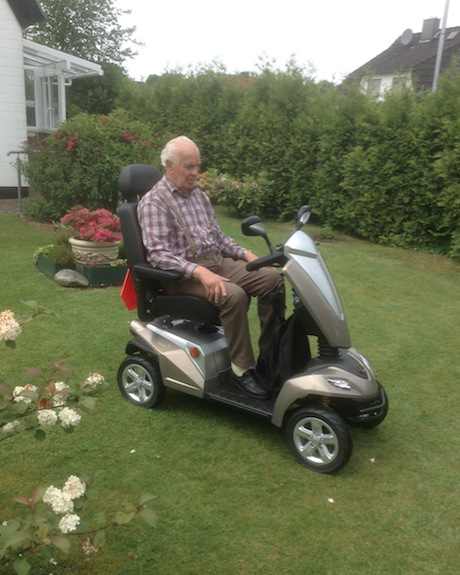 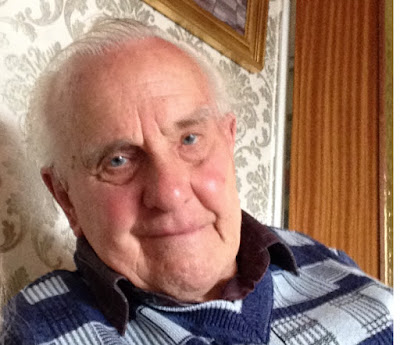 Rest In Peace Papi. I will be off for a while so no posts while I am in Germany, but there will be more news about the puppies when I return, which I will leave under supervision of Benno.  They are now a week old and have all doubled their birth weight and are doing fine. 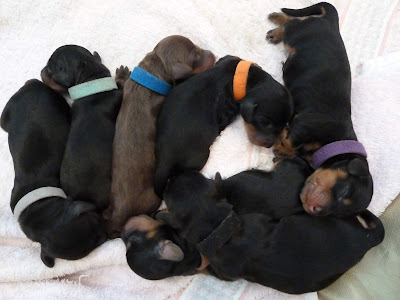 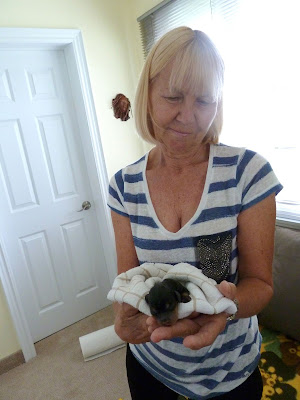 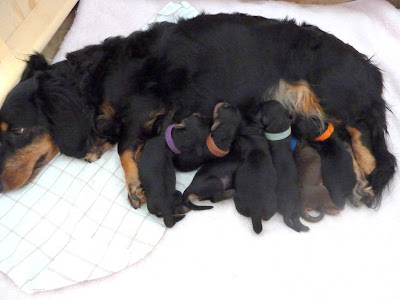 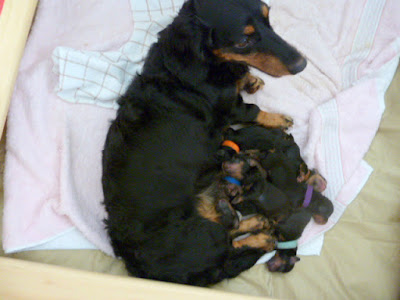 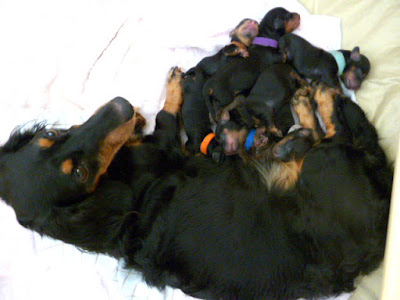 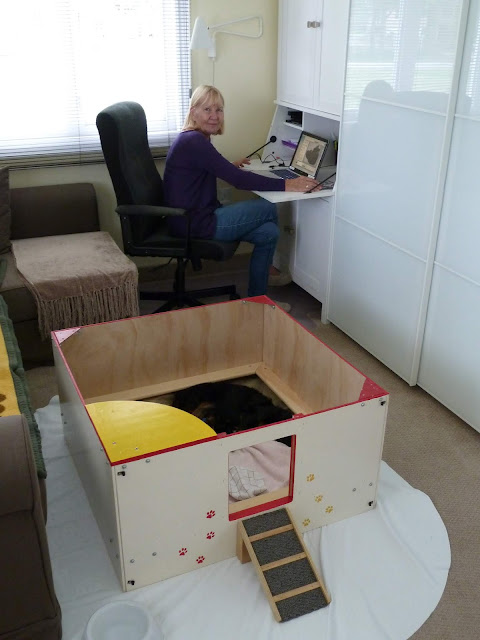