We had a few snowflakes today!

It is almost the middle of November and today it sure feels like it too. The dogs needed to go outside so I bundled up for the bitter northwest wind blowing over the fields with a few snowflakes this morning and to brace the chilly3C/37F temps with a gloomy grey cloud cover. It is such a change from last Thursday when we still enjoyed the gift of 19C/66F with plenty of sunshine. Oh well, maybe its time for me to sit down with a cup of coffee and a few cookies and to write my blog. 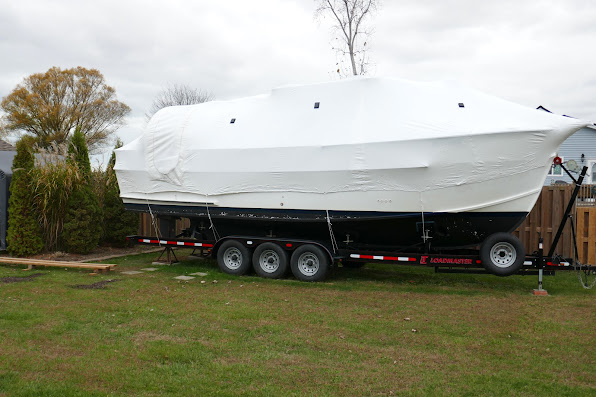 There will not be many photos today but I share what I have. So the boat got shrink wrapped again by the same professional crew we had do this job last year. The zippered door entrance was saved from last year and is being reused on the new cover. This year Benno used plastic conduit pipe that he bent and fastened to the railings to create a dome at the rear. We now can stand up under the covered cockpit and it is kind of cozy in there. Of course the boat stays also much cleaner now. 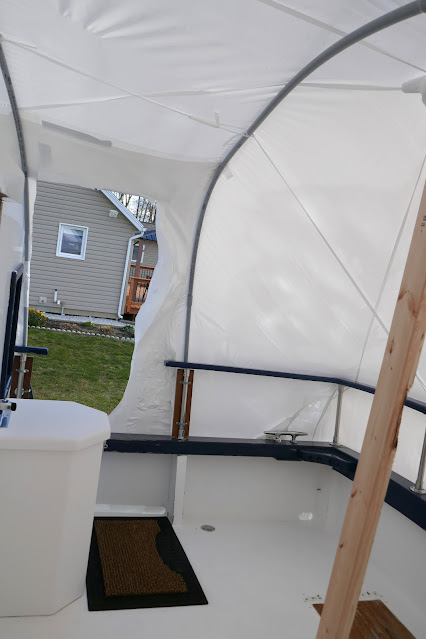 Although I didn’t think there would be much more progress on the boat, there were some things done like running new heavy wires of the proper gauge to the bow thruster and forward windlass including installing a 100 amp AGM starter battery close by that feeds both, especially the bow thruster for it’s power burst under the forward V-berth space. Those jobs included Benno making the connections with swaged on heavy duty lugs and heat shrink, fabricating a bracket for the 70 amp windlass breaker and hefty relay etc. etc. I don’t want to tire you out with this stuff; however, there will not be many more trips into the boat this season and she is now going to put to bed! 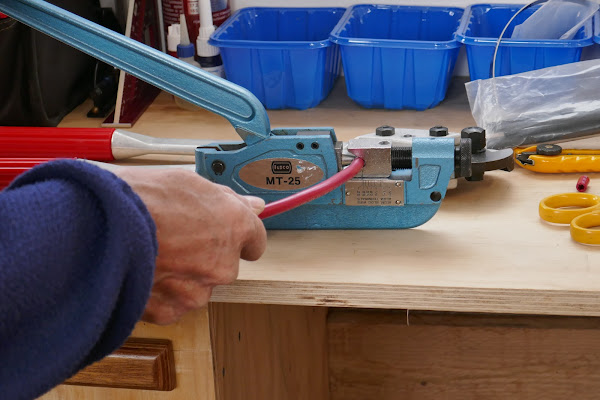 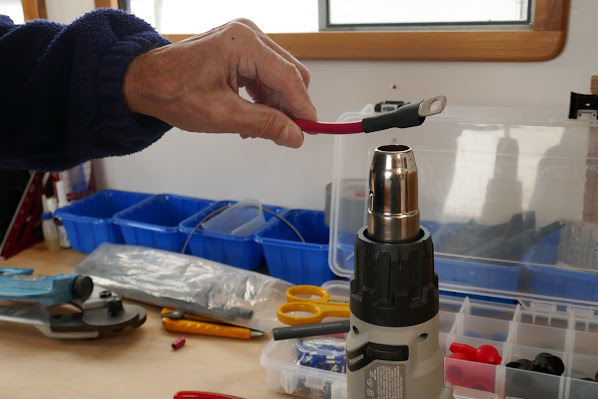 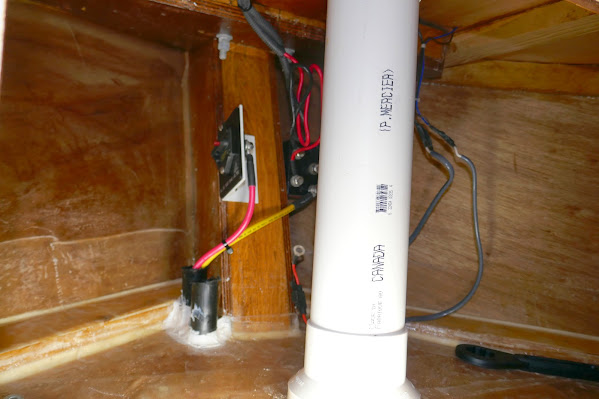 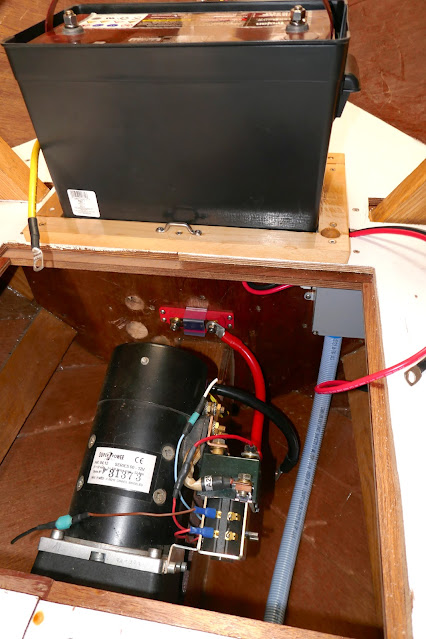 As to other news, Reggy’s blemishes on his tail did not get any better and rather seemed to multiply. Heavy hearted we made the decision to have him neutered, which was done last week. The poor little rascal really doesn’t know what happened and his system will take a while to adjust accordingly. His nighttime hyperactivity is still ongoing and is the cause that I am a bit bleary eyed and sleep deprived today.

Sometimes strange coincidences happen and I like to share with you the amazement that occurred to me last week. It might be a bit winded but I feel its necessary to explain, so bare with me.

I have a couple of cousins in Germany, the son and daughter of my dad’s half-sister. She passed away when they were still very young. Her husband remarried and our families were not in contact. However, I have been trying for many years to make contact but could not find out where they were living or any phone number or through social media.

Now, my brother-in-law’s mom, (she was also a longtime dear friend of Benno and me) passed away at the end of October here in Canada. To compose an obituary my sister searched and located through the Internet the obituary ad she had placed for our father almost to the day four years ago in a small newspaper at a small town where our parents last lived. Under the ad for our dad was a condolence note from our (long lost cousin with a phone number). Neither my sister nor I ever went back to the obituary ad from so long ago, so we never saw the note of our cousin.

I called my cousin and found out a lot of interesting information and that he lived in Hamburg Germany. By chance our cousin had visited the ex-husband of his sister who now lived in the area of the small town in Germany and during his visit he picked up the newspaper with the obituary of our dad in it. Since our cousin lived in Hamburg he would never ordinarily have read that town’s newspaper had it not been there on the coffee table during his one-time visit. As it turns out, he and his sister had also been trying to find us but of course never were successful.

Hopefully my next post will have an approximate departure date for us to head south. Thanks again for dropping by.