For the past weeks I have been quiet with my postings. That doesn’t mean nothing happened around here. Perhaps I start with the storm that went though here on Tuesday night. It was severe and accompanied with a tornado warning, which I believe has never happened here before. I cannot say for sure a little twister was involved in the driving rain and hail which was larger than a quarter coin that pounded our windows so much that we thought they might break, but there is lots of evidence by the many downed trees, broken off branches and some roof shingles coming loose in the neighborhood. The city’s woodchopper has been busy removing the huge piles of tree branches that are piled up along the roads. Damage wise we only lost some panels off our gazebo that now has to come down to be replaced and a healthy Azalea shrub was ripped off its roots in my garden. 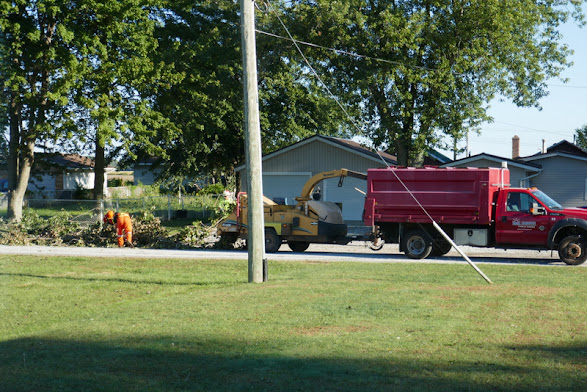 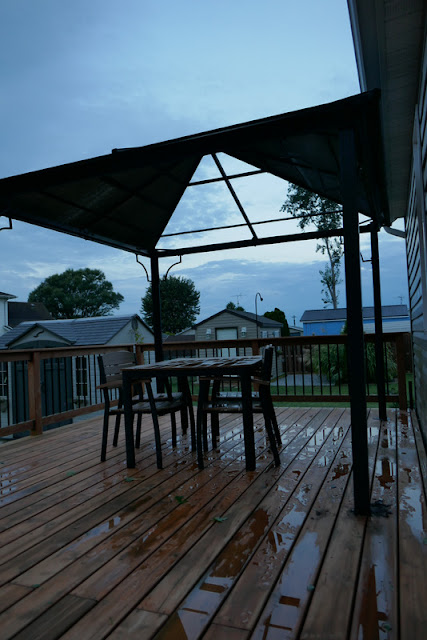 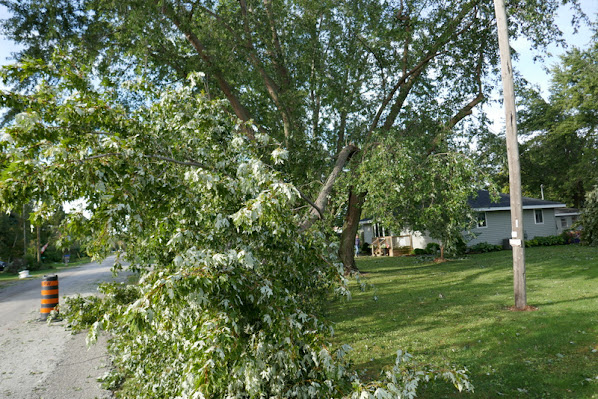 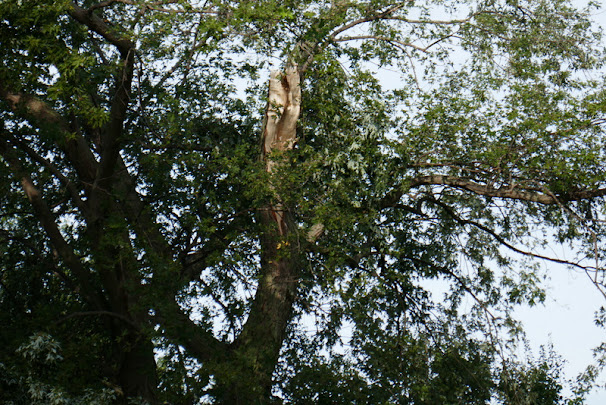 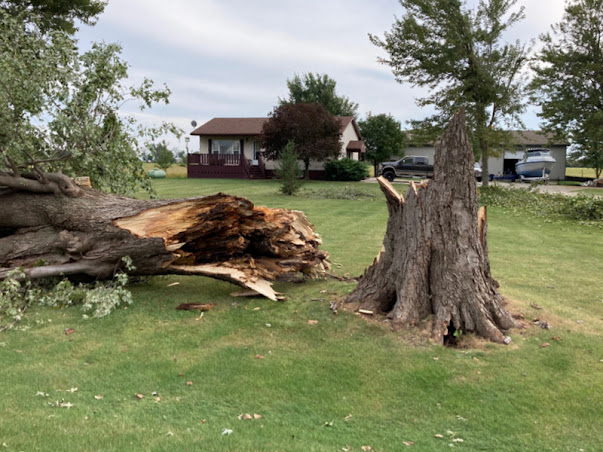 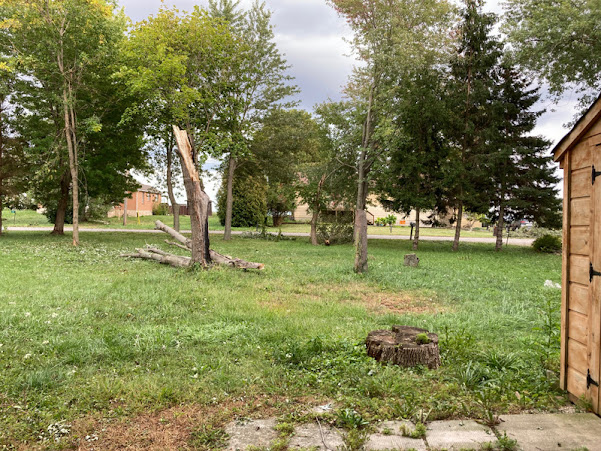 However, there stood a very tall tree on the vacant lot next to our property. It was slightly bent to the east and with the northwest storm it got pushed over so much that its massive trunk split at the bottom. A tree removal crew is there now with a bucket and a boom truck to cut down this majestic tree. 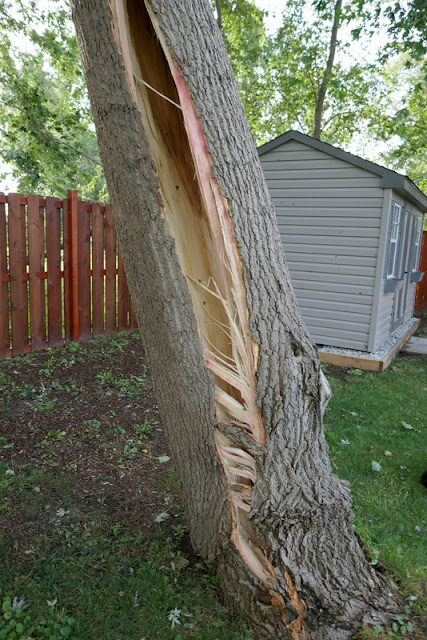 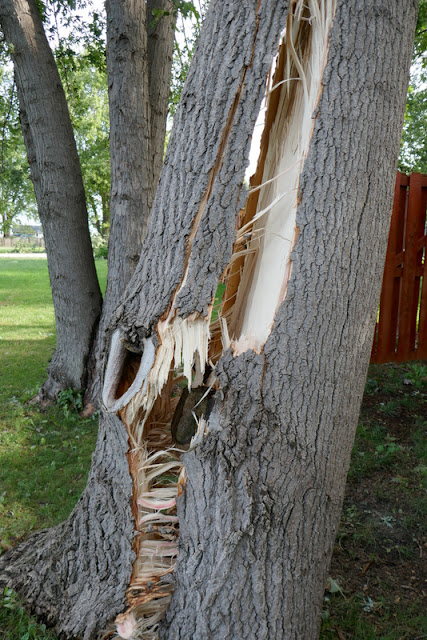 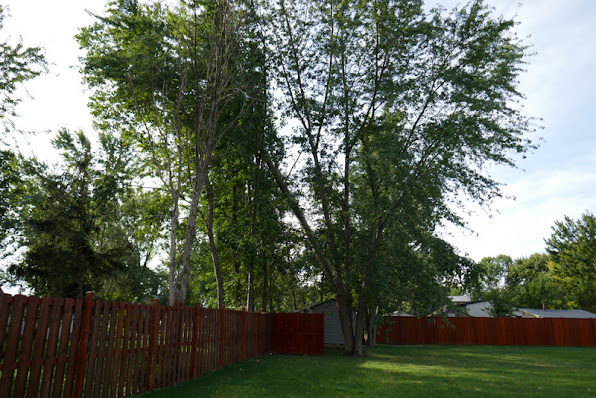 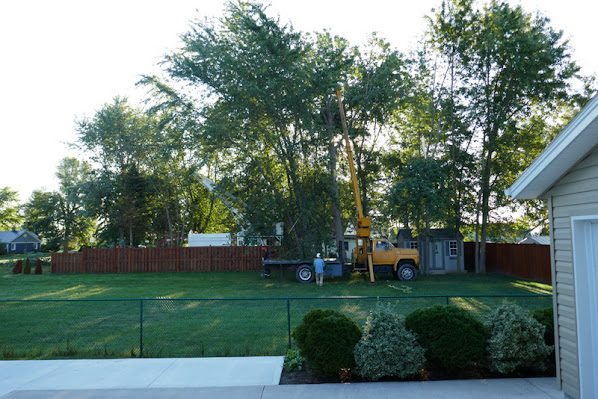 We live on the outskirts of Leamington with the neighboring town of Wheatley only a short distance away. On August 26, an explosion at the main intersection in Wheatley leveled one building, destroyed part of another, and damaged most of the other buildings on the block. About 20 people were injured including municipal staff members who were actively evacuating residents at the time of the explosion. Investigators confirmed hydrogen sulphide gas (toxic and flammable) is to blame for the blast. Officials stated that there is no guarantee that they can find the leak and will not commit to any timelines for when the residents might be able to go back home. So far 94 households had been displaced and all the businesses in the area are closed. There are numerous abandoned capped gas wells in the vicinity that stem back to nearly a century ago when at the same place a gas explosion leveled the fire department 1934 and another explosion 1937 leveled the city hall and royal post office. It is time to get down to the source of this problem. We feel very sorry for the people affected. 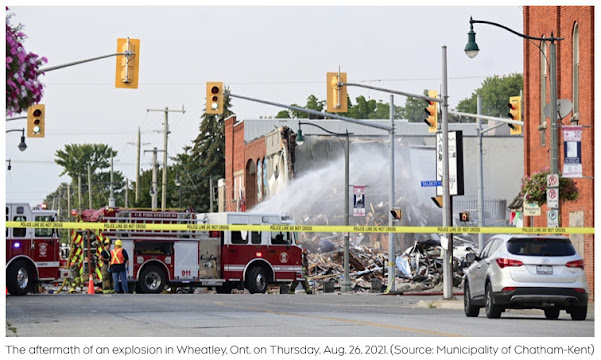 On other news, Benno stumbled on an ad for a boat that he fell in love with by its photos. However, it was located in Prince Edward Island. He decided it was worthwhile to fly to Charlottetown to have a closer look. Because of the restrictions imposed to travellers outside the Maritimes caused by the Covid-19 pandemic, he had to apply for a visitor’s permit and provide immunization documents and such. Permission was granted and in short order he flew out to visit the boat. It turned out that it was not going to be his dreamboat after all and he was lucky to escape PEI from the approaching hurricane Ida with only drenched clothing and getting soaked wet right down to the skin as the boarding of the plane was from the tarmac without shelter for the passengers during the torrential rain. 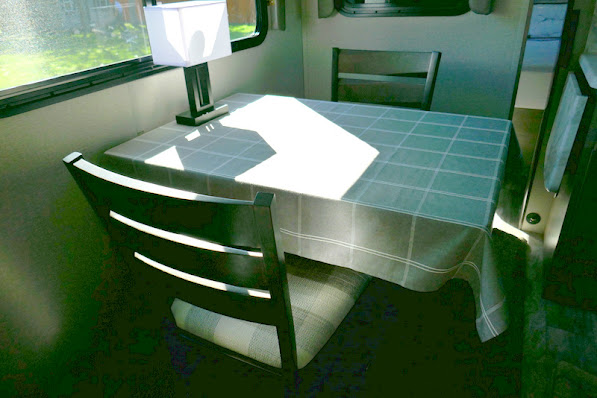 Hopefully on my next post I have more positive things to talk about. Thanks for dropping by again.
Posted by Marlene Klopfer at 19:01 9 comments: