Regardless of the unusual circumstances we all face this December, Benno and I would like to wish everyone a joyous and most importantly healthy Christmas and throughout the New Year. With the bright sun shining into our windows today, a green lawn surrounding our house and a day temperature of 8C/46F I find it really difficult to feel Christmassy. Perhaps tonight my mood will change into a more romantic state when our little Christmas tree is lit. Although in the past we have spent several Christmases in exotic places where my attire consisted of a skimpy bikini on Christmas day with no longing for a white Christmas and I was fine with that. Looking through the picture archive I found a couple of pictures of Santa all puffed out and lit up standing on our crow’s nest on our yacht “Diesel Duck” waving to the dolphins down below in the ocean while we were cruising in the Bahamas at Christmas time. 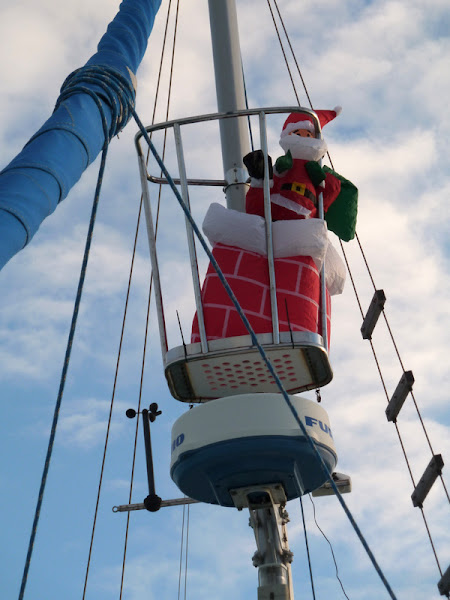 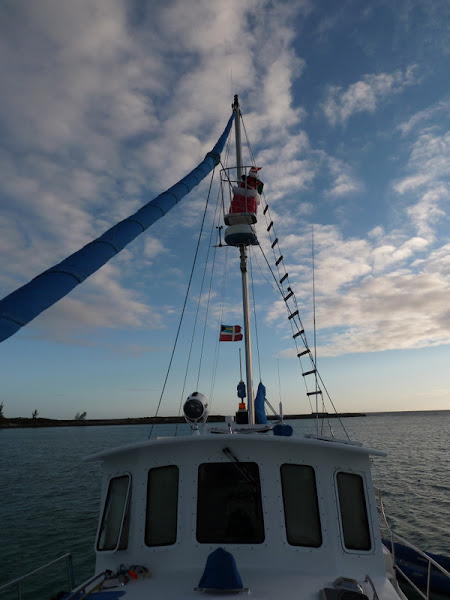 Another picture I found that brought back some nice memories is of our small Christmas tree sitting on the dining table in the little 19-foot travel trailer back in 2015. 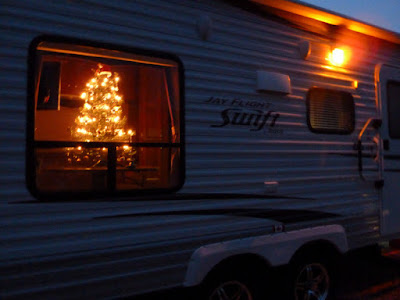 So this year is different and we are at home alone on Christmas because it is the prudent thing to do. We had somewhat of an early nice Christmas surprise because the property next to our house that we had bought in 2018 has found a buyer. For the past couple of years we put a lot of effort into cleaning up this land and making it presentable to look at. Now it will go to a new owner. The sale might surprise some of you, but recently there were several houses for sale in our area that sold quickly and that gave us the idea to put this property also on the market because we really don’t have a use for it other than to keep it neat. We had only listed it with a local real estate broker at Benno’s birthday on the 27th of October. 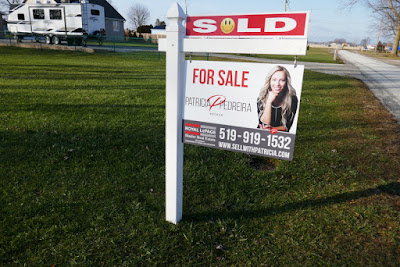 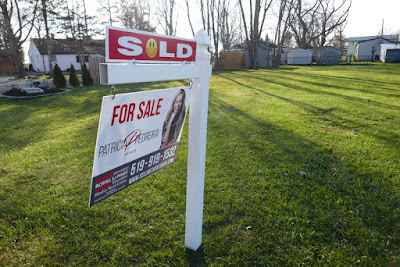 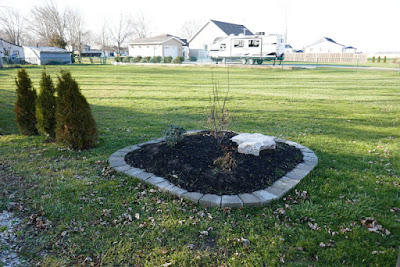 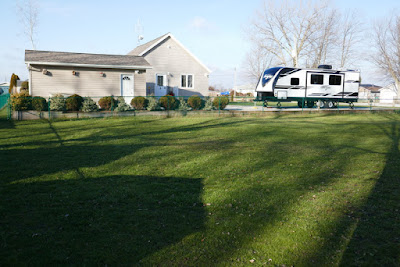 Some days we like to reminisce and talk about our years on the water and the cruising life and today was one of them. To fix my nostalgia I took a little stroll across the road to the public beach to look over Lake Erie enjoying the view. Here is what I saw. 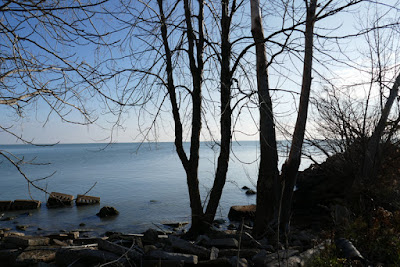 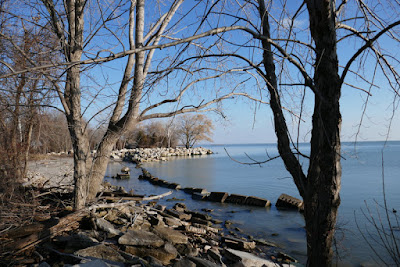 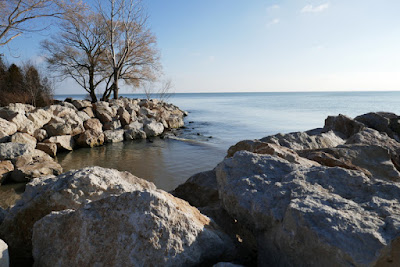 Benno has been looking into Google Maps making plans for future southwest destinations should that become possible for us snowbirds sometimes soon. We sure hope that will be the case and our new travel trailer will take us to new destinations. We have to stay positive and hope for the best.
Wishing all of you a great Christmas and a very happy Birthday to our son who was born Christmas Eve!
Marlene and Benno
Posted by Marlene Klopfer at 18:50 11 comments:

If you own a dog, do you celebrate their birthdays? Our dachshunds give us many enjoyments most days and throughout the year and of course we spoil them – to a certain extent. Today is Reggy’s 5thbirthday as per his documentation papers. Not that he would care even if he knew what it meant. But he certainly was aware that today was special and so did our Elsa, the other dachshund in our family. The fun part was that Benno and I watched them gobble up each a real first class wiener sausage that I had warmed up for extra flavor to celebrate this occasion. I made them beg for it by sitting up before I gave it to them. Also a couple of chewing bones were awarded for the party, but those they have occasionally as a treat.  So the birthday party was really as much fun or us as it was for the dogs and we might do it all over again on the 6thof January when our Elsa turns 5 years old.

As a follow up and answer, in case you remember my blog post from October 30thwhen I was asking about entrance door key locks, especially the upper key of the door handle that has an “M” punched next to the key hole. The “M” stands for master key and the master key is a key that all RV dealers and RV salesmen keep handy to open most RV doors. Of course criminals specialized in robbing RVs could have them too to open the RV doors. I was asking in my post for a solution and Bill, from "On Our Way" mentioned that "RVlocksandmore.com could sell us new lock cylinders for different keys. So we ordered new lock cylinders for the entrance door and the luggage doors with the same key number (your choice which numbers you want.) This means that now only one key will open all doors and eliminates having the clutter of several keys kicking around. Benno was able to change the cylinders of the luggage door locks and the dead bolt of the entrance door. For the “M” cylinder in the door handle he had to remove the whole lock and take it and the new cylinder to “Leisure Trailer Sales” in Tecumseh where we purchased our RV. To remove the door handle cylinder you need a special cylinder removal yellow tool key. This key is only sold to service dealers. The cost of the removal of the “M” cylinder and the installation of our new cylinder was CDN $10 at the dealer. 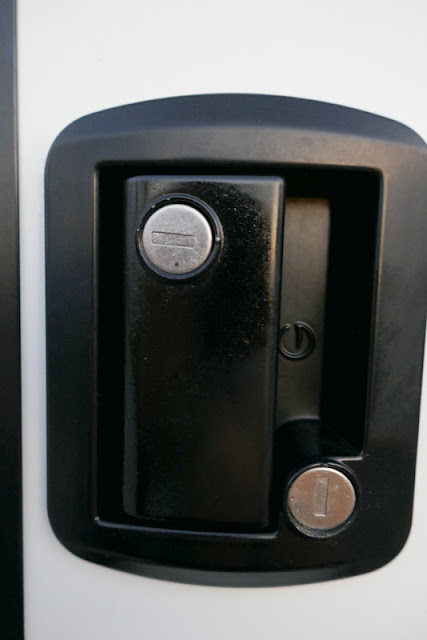 In other news, I discovered that there were some 4-inch tall shoots of spring daffodils in my flowerbed. That cannot be good. We now have freezing temps at night so the chances are these flowers will not survive. Luckily I remembered that I still have a bag of some leftover turf builder dirt stored in my shed. That came in handy and I used some of it to cover up these sprouts. Hopefully that will stop any frost damage. We’ll see what happens but we sure had some wonderful warm and sunny December days here in our area to screw up Mother Nature. 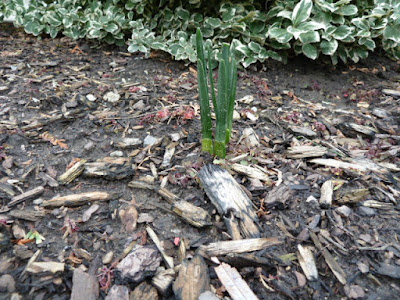 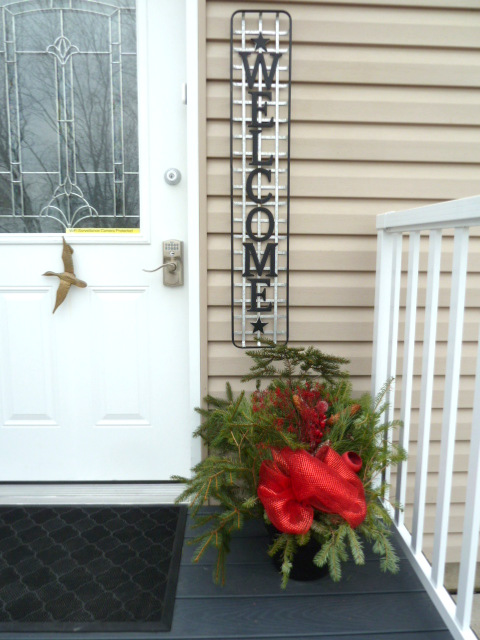 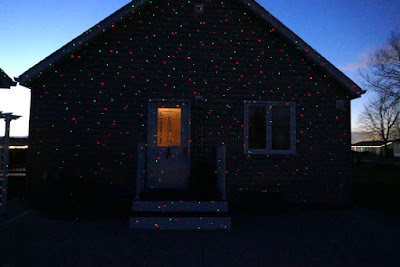 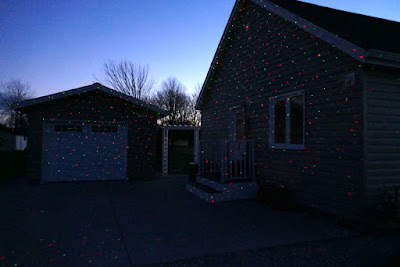 Yesterday’s 1st snowfall of the season for our area turned somewhat into a real mini blizzard. The wind driven snow quickly piled up in corners around our house, sheds, and in front of the garage. It was a day to stay home, as we had no pressing business to exchange our slippers for snow boots and mess around with snow shovel or snow blower to clear off the driveway. It could wait until the front moved on and the snow stopped falling. Benno stretched out on the sofa in the guest bedroom with his iPad and soon was immersed in the story of the latest book he’d downloaded.

A day ago I had received an email from Liesbet Collaert, a cruising acquaintance telling me that she had just published her first book, “Plunge” and that it was now available for download from Amazon. She also writes a blog, “roaming about” that I have been reading off and on over the years so I know her writing style is entertaining.  With the click of my mouse I ordered the book to be downloaded into the Kindle app on my iPad, snuggled into the couch and started reading while the snow kept falling outside. Good thing I had precooked cabbage rolls that only needed warming up for dinner because I could not put that book down. Excellent writing. 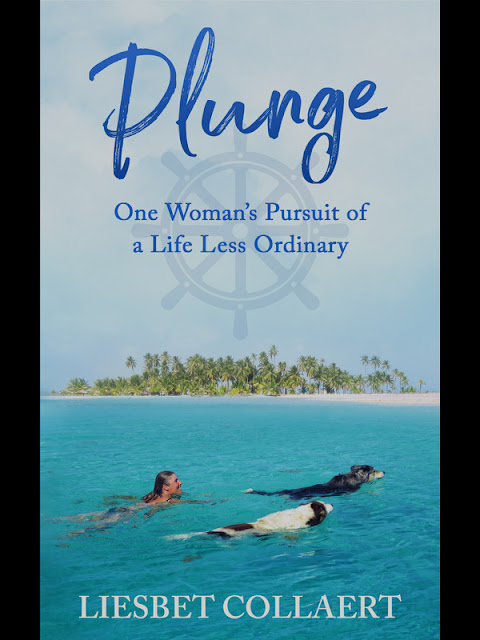 Now let me introduce you to two new blogs that I have included in my side bar list of “Blogs we follow” and that my readers might find also interesting.

Around Christmas 2009 in St. Thomas, USVI, Benno and I purchased a USA made wifi signal booster or extender over the Internet from the states for our yacht Diesel Duck. The name of it was “Wirie.” It afforded us to pick up enhanced wifi signals from shore onto our boat that we otherwise would not have been able to receive. This device was the brainchild of Mark Kilty, who cruised with his wife Liesbet Collaert on the catamaran “Irie.” Later in January 2010 we sailed on to the British Virgin Islands and after that to the island of St. Maarten (St. Martin), there we spotted their boat in the famous “Lagoon” anchorage and said Hello. Mark made some modifications of our “Wirie” in boosting up the power, as he had made more technical advances to the “Wirie” units in the meantime. We were very happy with the unit. Liesbet wrote articles for cruising and boating magazines that we read and now could put a face to the writing. Things change and over the years I have kept up with their lives via the blog “roaming about.” You might find it interesting too as they sold their catamaran and are now RVing in Arizona.

In 2008, at the Shelter Bay Marina, just in front of the Panama Canal in Panama, we met Marcie and David Lynn with their sailboat “Nine of Cups.” We became friends, spent many hours exchanging cruising information and stories with the promise to keep in touch. In Bahia de Caraquez, Ecuador we met again, touring the town, museum and beaches. We both sailed off in different directions but met again in Puerto Montt, Chile. We kept in touch over the years and while we were renovating our house 2012, Marcie and David came by car to visit us but stayed with us on our boat in the local marina here in Leamington, Ontario. Marcie and David both contribute to their blog and have published several books. Their writing is very entertaining as well. Again things change over time and they too, sold their sailboat and are RVing Arizona with their modified, livable Ford van at the present time.

I leave you with a photo of our local bird population that I decided to treat to some birdseed today while the ground is still covered with snow. 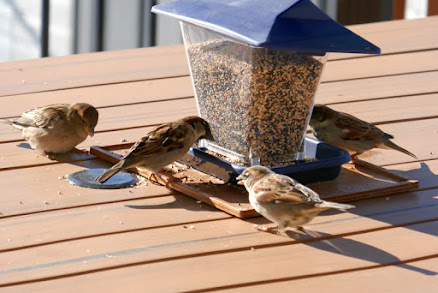 Thanks again for dropping by.
Posted by Marlene Klopfer at 18:22 10 comments: