The Swallows are back

Every year around this time we are visited by large flocks of Swallows.  They are a bunch of very social birds.  Someone told me they were Barn Swallows but looking through my binoculars they appear to be Tree Swallows, I think.  The information on the Internet states that they form huge communal roosts after their breeding season to molt and before they migrate in the fall. That seems to be just right. 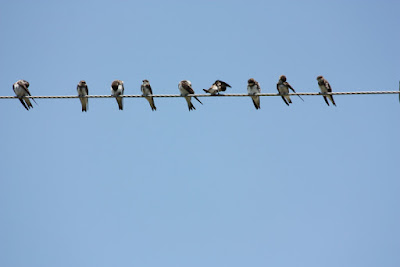 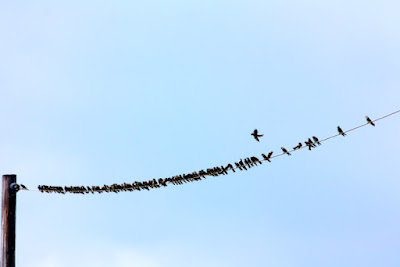 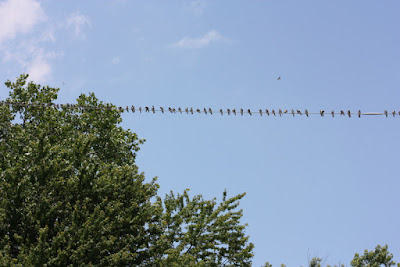 However, they seem to particularly like the stretch of Hydro wire in front of our house to meet.  (Why, I have no idea) The good thing about that is that when they take off to feed on flies, mosquitos and other aerial insects, there are less pesky bugs to sting or pester us.
The bad thing is that you have to take cover when they are out in full force dive bombing and showing acrobatic skills while catching their dinner and digesting it in midair.  You do not want to have your car parked anywhere nearby either. It’s a struggle to keep the house and camper clean and forget about cleaning the concrete pad or the flowerbed under the Hydro wire. 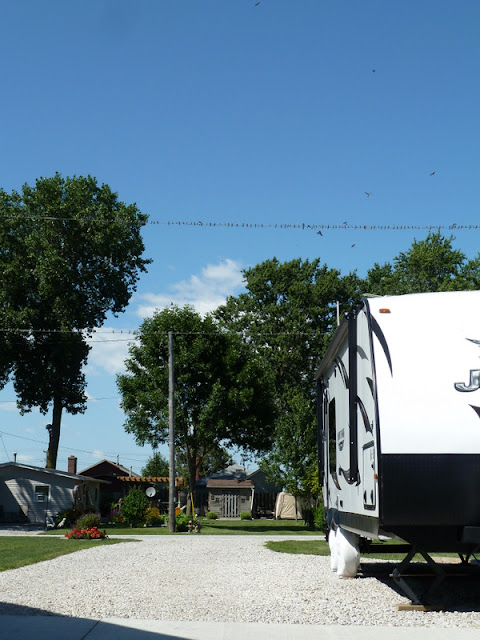 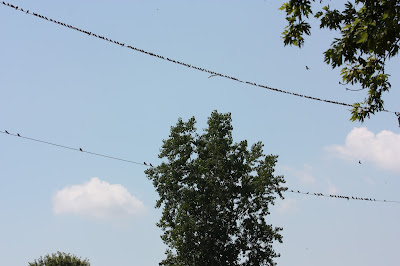 Meanwhile a lost young Robin chick had caught my attention. It’d been hopping around our house calling heartbreakingly sad for its momma to feed it but I spotted momma in the birdbath relaxing and taking a break. 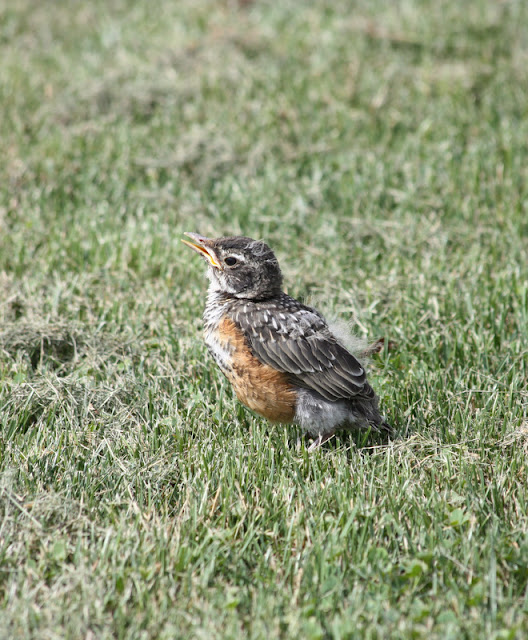 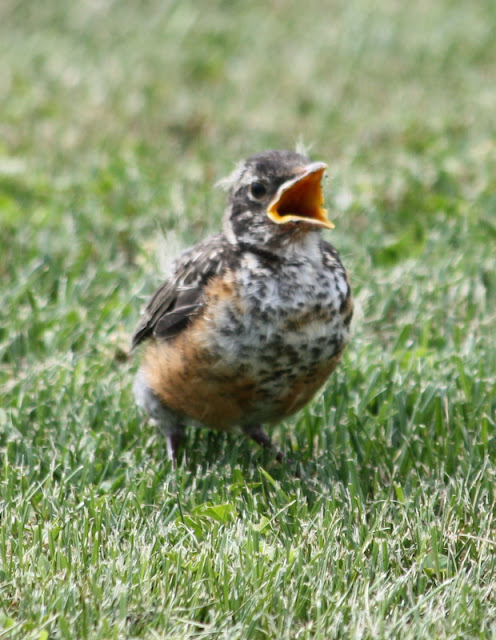 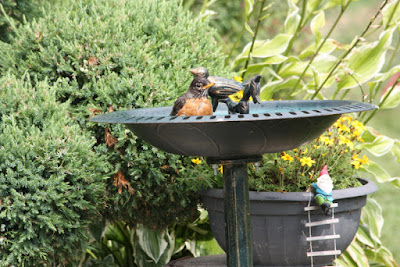 This time of year I enjoy my garden the most.  The Rose of Sharon I planted two years ago shot up a whopping two feet in height this spring.  It seems to be a late bloomer with two different colors, bluish-pink and rosy-pink petals and most of its buds are starting to open up only now but it’s lovely nevertheless. 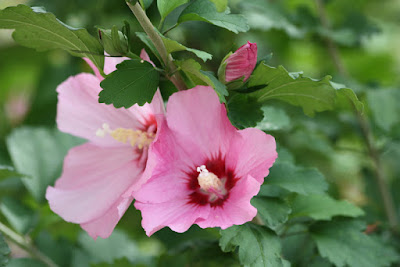 I’ll take you on a little tour showing off the flowers around the house and hope the resolutions of the pics are good enough for the post because the images are always sharper in my file. 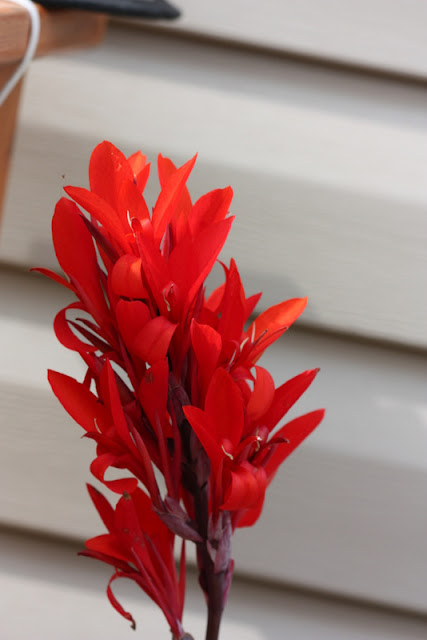 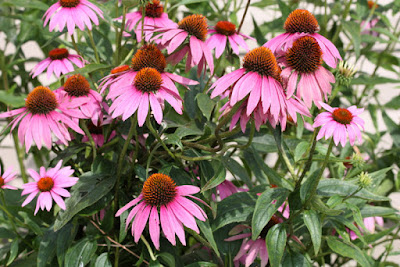 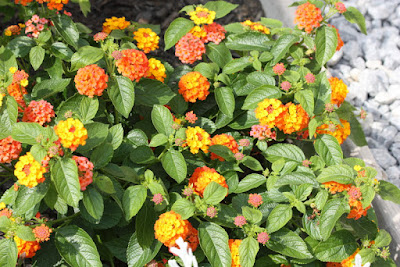 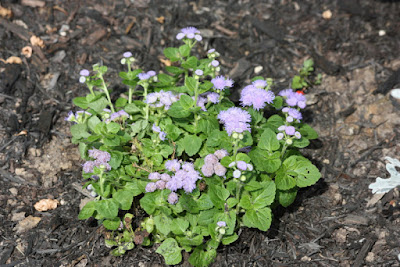 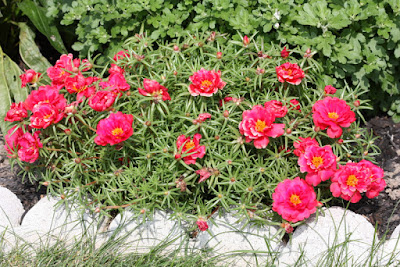 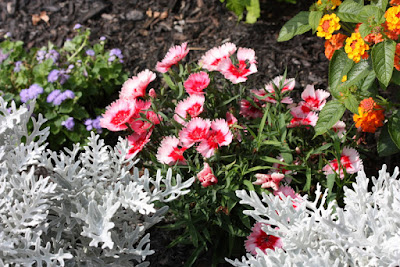 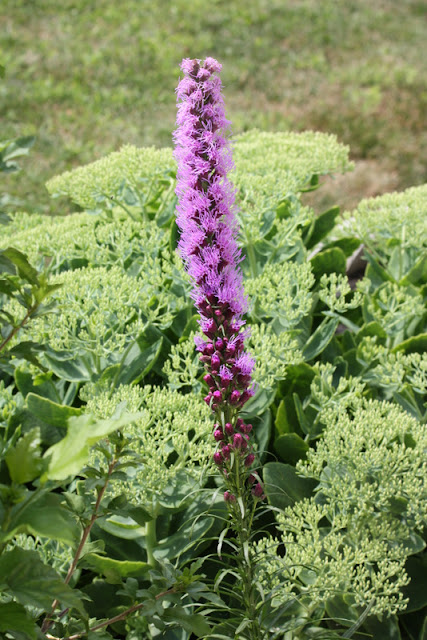 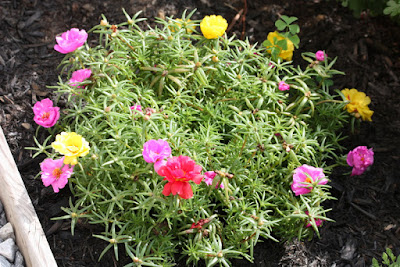 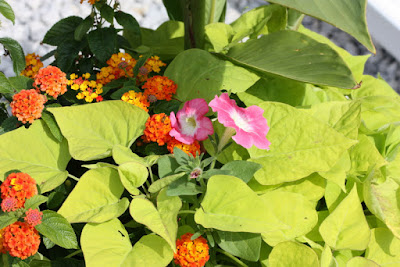 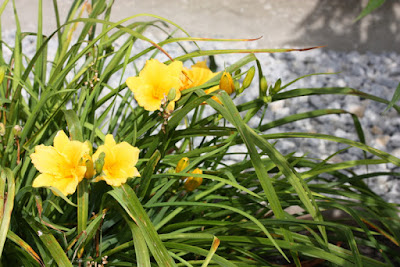 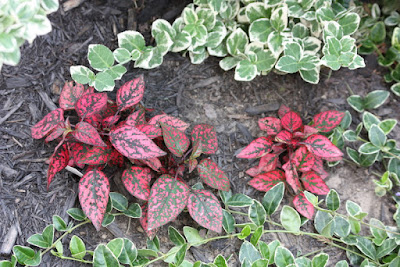 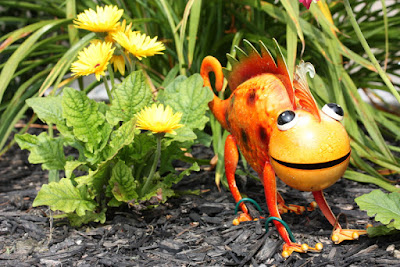 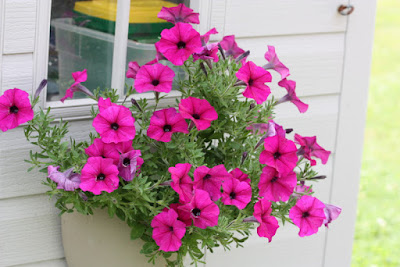 In my next post I will update you about Elsa, who is expecting puppies and our other little rascal, Reggy.

P.S.
We’ve had a heavy downpour a little while ago. Benno used the opportunity to go out during the rainstorm in his swim trousers and scrub the camper and gazebo off bird droppings.  He was totally drenched and freezing cold when he came back in.
But OMG, after the rain several hundreds more Swallows arrived here! They are all over in the trees, on the Hydro wires and on the ground.  What’s going on? 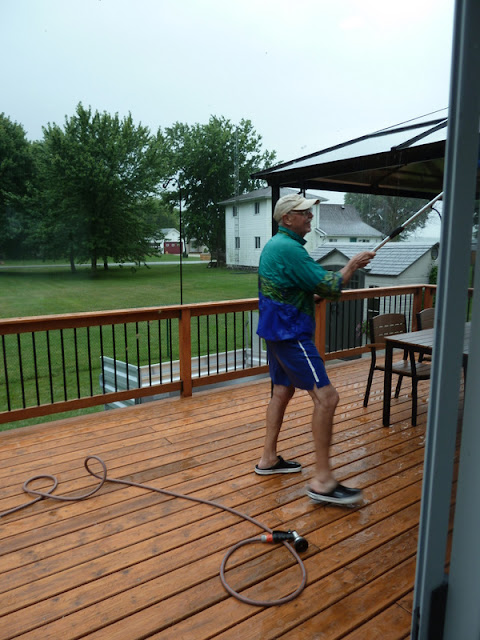 Posted by Marlene Klopfer at 20:22