Yesterday we drove to a shopping area at the outskirts of Pensacola, FL along the Old Spanish Trail. It is the Hwy 90, which runs basically from the back of our RV Park here in Robertsdale, Alabama.  The country site is rural with some sporadic houses along the way, bordering a Seminole Indian Reservation, cattle fields and forested areas.  Not much traffic there and very relaxing. Along the way we crossed the state line into Florida. Most people take the I-10 driving into Pensacola and that highway is actually very nice, but there is usually more volume both ways.  We just wanted a change of scenery and next time we take this road again I will take more pictures. The sales tax over in Pensacola is 7.5% and here in Alabama it is 10% and all food items are also taxed here. 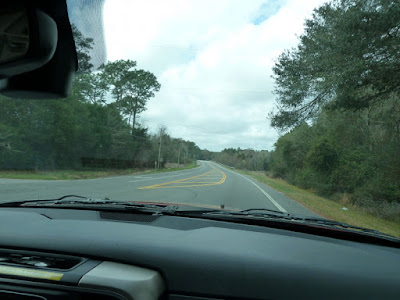 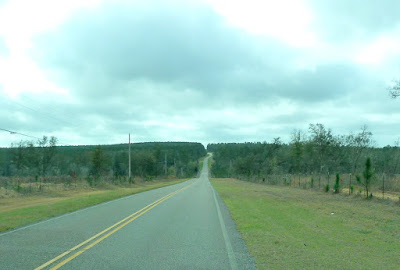 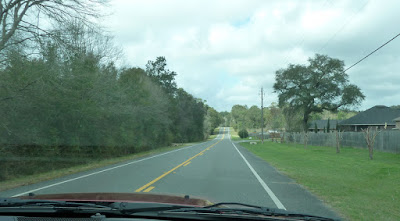 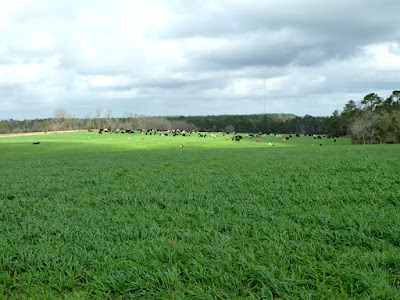 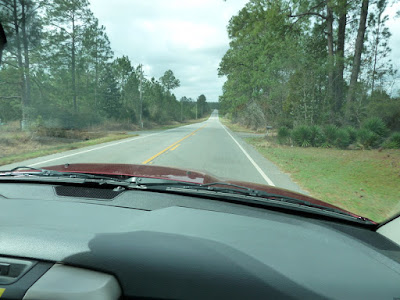 On our way back we stopped at a little bakery “Lickin Good Doughnuts” that is apparently famous for its apple fritters here in Robertsdale. Benno likes apple fritters but so often he is disappointed when there are no apple pieces in them and they turn out to be just greasy doughnuts. The apple fritters were almost sold out but they had one lone apple fritter left. We walked out with that trophy and one apple filled doughnut for me. Don’t ask how much I paid for that delicacy, because I could have bought two-dozen similar ones in the grocery store for that price. Did Benno think it was worth the price?  After our afternoon coffees with those sweets we agreed that we could (but not have to according to Benno) live without them.

Today Benno needed to check out the Harbor Freight store in Foley. I guess it was a must do or just an excuse to get out for a bit and the dogs and I came along. Our inner clocks have not adjusted yet and by 7:30 we were done with breakfast, dishes and ready for everything. The morning was overcast and foggy so a drive into town was a good way to spend the morning hours. Benno got his Harbor Freight fix and I checked out other stores like Ross, Family Dollar, and a quick stop at Wal Mart for a few things.  There was also a Pet Smart store at the same plaza. Elsa and Reggy were pretty happy to come along into the store and got excited seeing the baby Guinea Pigs behind the glass. Here in the States we can purchase deworming medication for the dogs at Pet Smart. In Canada we have to go to the veterinarian and pay for the visit and the meds.  I wanted also to get some flea deterrent for them, but those were too expensive at that store. 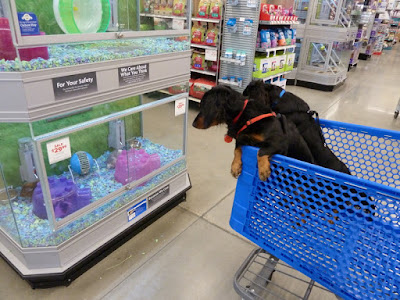 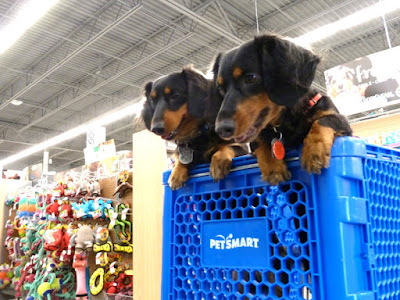 George from "Our Awesome Travels" made a comment on our blog that he had dinner in Foley at the famous  "Lambert's Cafe" (home of the “throwed rolls”) That restaurant is on the main road and was on our way so we checked it out.  It looked really interesting and we went in to have a look.  However, it was too early for lunch for us but we will go back there to taste their food.  Hey, my birthday is coming up next month and maybe that would be also a good place to celebrate. 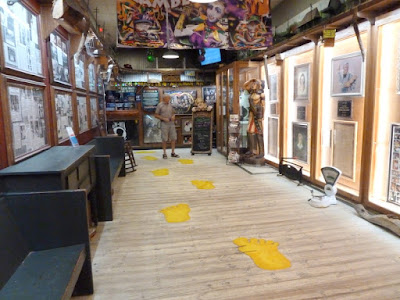 The day turned out to be just beautiful. It was 26C/79F but felt much warmer with a cloudless blue sky and just a light breeze. I relaxed in my chair outside the camper and the dogs spent some time rolling in the grass, sniffing all around the trailer and lazing in their little dog shelter on the lawn. 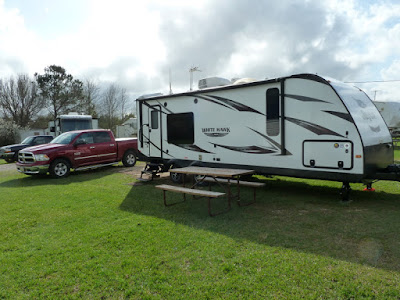 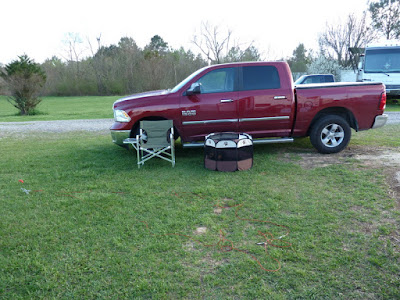 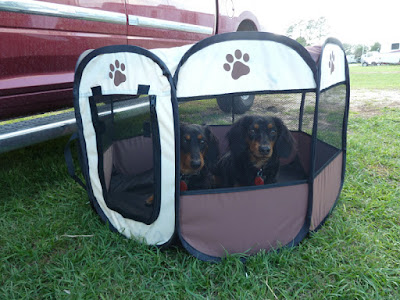 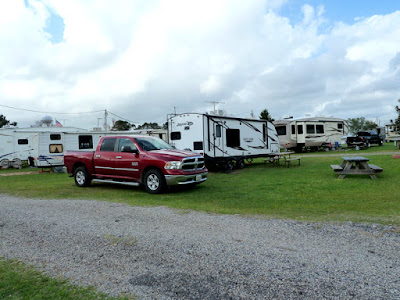 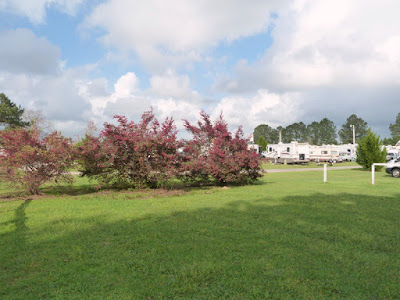 Even Benno went to join me outside in the shade and we both had a small glass of “O’Donnells Irish Country Cream” which we enjoy.   I could get used to this life.

Posted by Marlene Klopfer at 21:19