Wishing everyone a Happy Year 2019 from El Paso, Texas. Here is an update since my last post.
Our parking spot at the Walmart in Texarkana, Texas, turned out to be a quiet and peaceful overnight stay. We were well rested in the morning and after our breakfast and cleaning dishes we rolled out onto Interstate 30 to continue our travel. Benno has been doing all the driving so far and I am enjoying the scenery. However, I keep the road map on my lap and while there is not much navigating needed as we are doing long stretches on the Interstates, it is always good to know in advance where travel centers and rest areas are located.  The temps have been still pretty cool at night but yesterday’s day temperatures reached +16C, which was really nice. 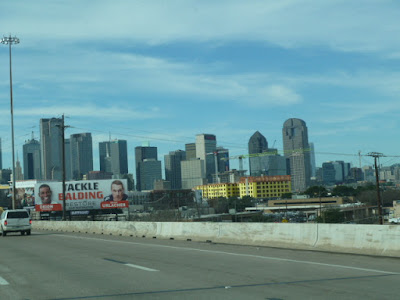 We mastered driving through Dallas and Fort Worth with no problems.  Lots of traffic in many lanes, bridges and overpasses, but hey, if you’ve driven on the Hwy 401 through Toronto, then this was a piece of cake. Fuel prices differ along the Interstates and the lowest we found so far was at Caddo Mills, Texas at a Pilot station where we paid US$ 1.71/Gal. for gasoline after our 5 cent discount we get with the Good Sam card. 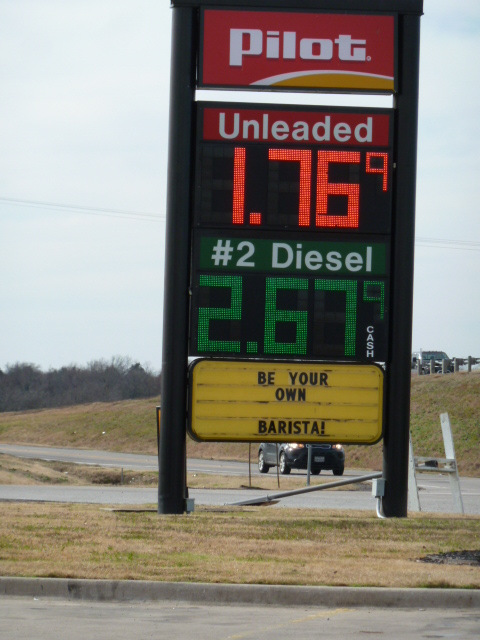 On New Years Eve we called it a day at 4:30 in the afternoon and parked again at a Walmart parking lot. This one was located off I-20 in Abilene, Texas. Once we were settled we noticed that it was getting rapidly colder but it didn’t matter, because we had gotten our two propane tanks topped off on the way so we cranked up the heat and I prepared a New Years Eve meal. We dined on home cooked goulash, broccoli and potatoes accompanied by a bottle of sparkling wine.
Overnight the temps plunged and we woke up to -3C in the New Year. That was quite a drop in temperature and it got worse once we were rolling on the Interstate.  Instead of warming up while driving southwest the temps hovered around -6C with an overcast sky.  The stretch on I-20 is through flat farm land with tons of oil industry support outfits, oil refineries and scattered all over the area as far as we could see there were more than a few hundred of oil pumps, but not all of them pumping oil. This is Texas famous oil area. 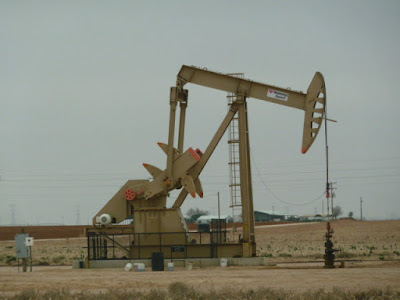 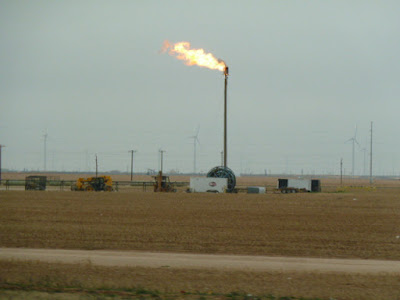 When we were about 10 miles before where the I-20 merges into I-10 we ran into fog.  That fog was so heavy and with the freezing temperatures it became a slippery drive.  All around us the area was white with frost and the trees were iced up. Those conditions lasted for another 30 miles right though the Apache Mountains and we contemplated to stop for the day at Van Horn, the next town, because the road was icing up. However, just as sudden it cleared up, the sun came out and the temps started to climb up again to our relief. 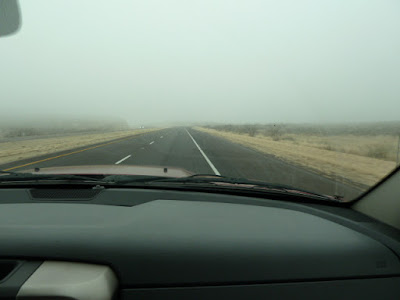 The rest of the I-10 into El Paso was nice enough and it even warmed up to about +12C.  We have changed now twice the time zones and are now 2 hours before our hometown in Canada.  Of course we have not quite adjusted yet and our poor dogs don’t understand why we feed them so late in the day. 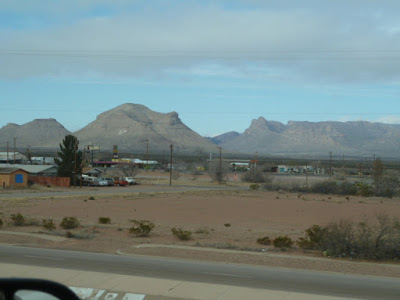 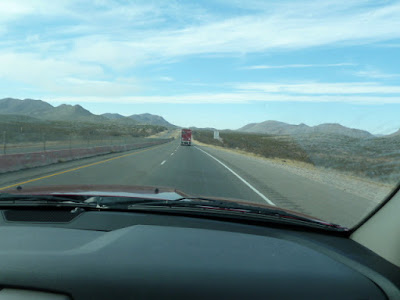 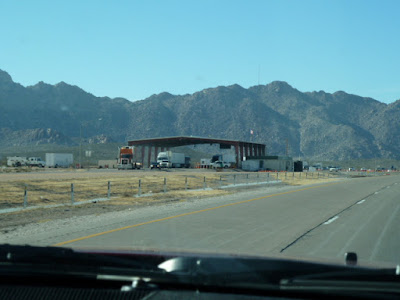 For tomorrow there is snow in the forecast for this area and lower part of New Mexico (and I thought we were driving southwest). So lets see if we are going to wake up to white stuff on the ground or the forecast has turned hopefully into fake news.  We’ll keep you updated.  Thanks for following along and comments are appreciated.

Posted by Marlene Klopfer at 23:47