Sandhill Cranes at the Whitewater Draw

Where are we now?
K&N RV Park, Huachuca City, Az


The area around Sierra Vista and Huachuca City present’s a fair amount of the Old Wild West History and fine nature attractions. The Whitewater Draw Wildlife Area was on our plate this time to be discovered and promised itself as an interesting outing. The drive took us by the old Wild West Town of Tombstone and further on another 40 miles to McNeil, AZ on a paved and part wise sandy road, but no 4WD are required. Only on rainy days it is recommended to wait for a dry day to keep the mud off the car or truck! 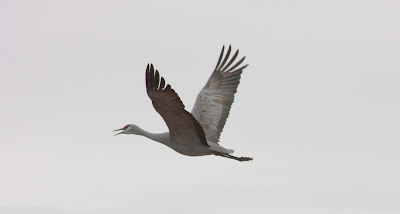 It is said that there are over 25,000 Sandhill Cranes to be seen at the area of the Whitewater Draw in McNeil, Arizona, which they use as their wintering and roosting place.  It has become a tourist attraction and we just had to go and see them ourselves. I mean we’ve seen Sandhill Cranes before, but not that many in one location. Sandhill Cranes are migratory birds coming to this area in the fall and they stay as late as March. 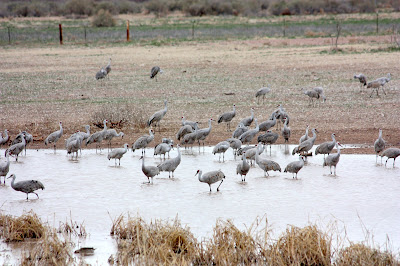 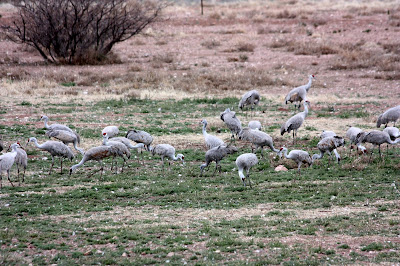 To view the spectacle of seeing most of the birds depart for their feeding grounds, you’d have to be there before sunrise. There is limited parking for RVs at the area if you wish to camp there and stay overnight. However, I learned that many cranes return to their roosting sites after feeding between 11.00 a.m. and 2.00 p.m. so we opted to get there by midday, a drive of approx. ¾ of an hour from our RV Park. 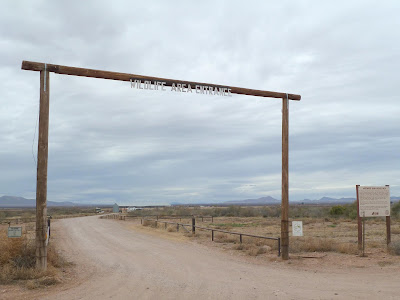 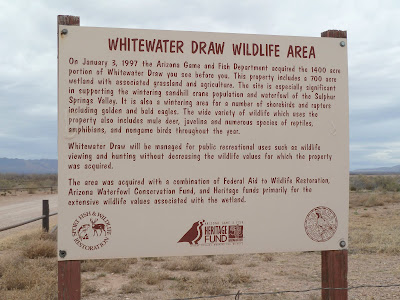 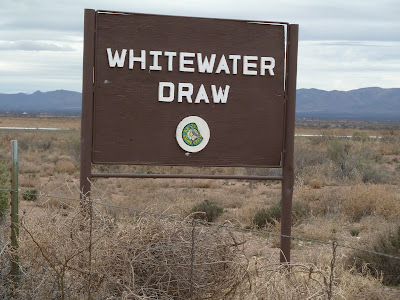 When we arrived at the site there were about 20 cars and two RVs parked and people armed with binoculars, spotting scopes on tripods and cameras with or without telelens objectives were wandering on the paths around the wetlands in the viewing area. Already at the parking lot we were overwhelmed by the noise created by the cranes and other birds in the area. 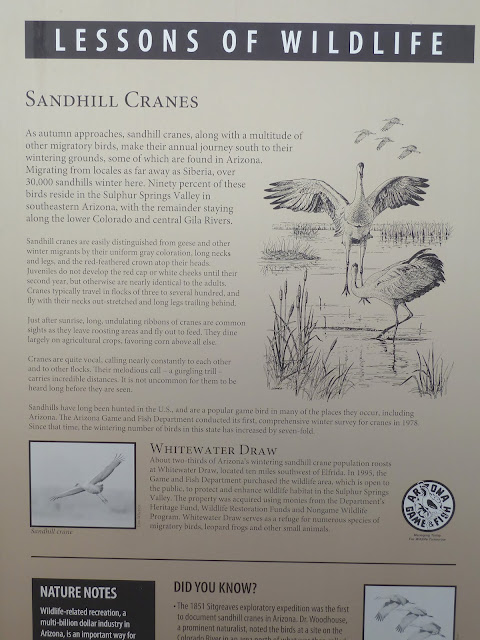 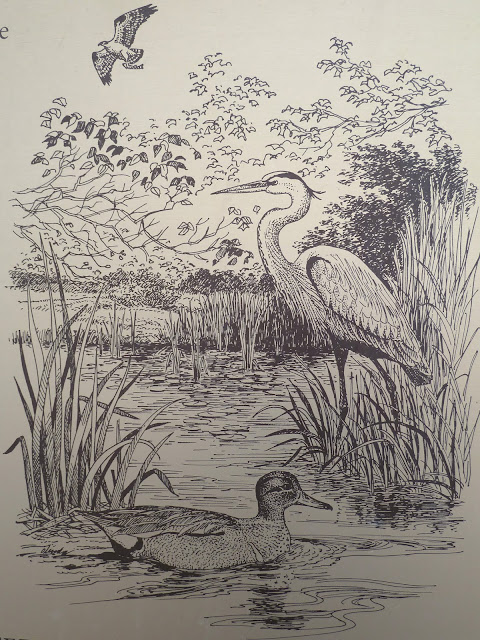 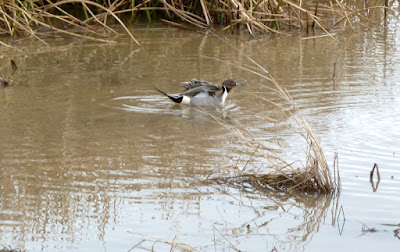 The cranes stood in groups scattered over a large area in the shallow waters and fields and were nice to observe, however, the distance presented a challenge for my cameras to get a close up shot.  Smaller flocks of cranes kept flying in at a steady rate to settle somewhere in the marshes. 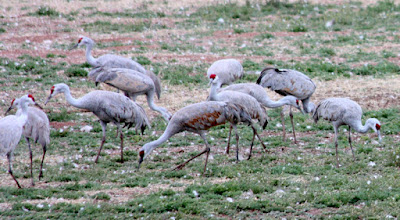 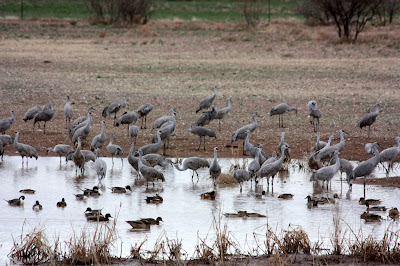 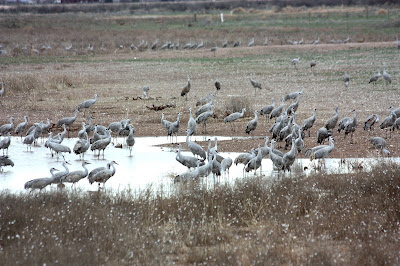 I walked on the path around the reed overgrown pond where seemingly thousands of yellow-headed blackbirds were making this racket we had heard when we arrived, hoping to see some of the other birds that make this their wintering spot. Unfortunately I was out of luck. 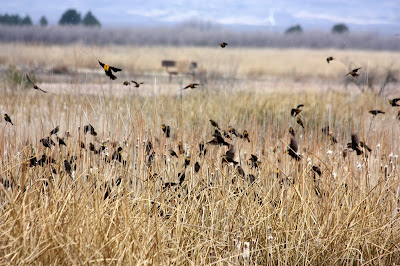 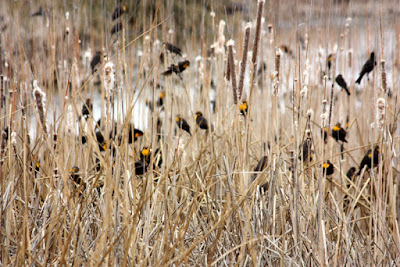 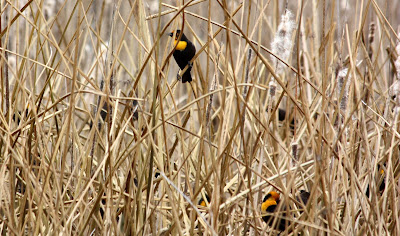 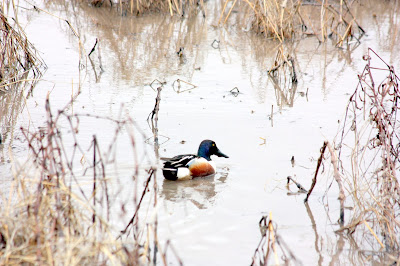 We had kept the dogs in their kennel on the rear seats of the truck with the windows part wise open as it was a mostly overcast day, but as you know the Dachsy’s are hunting hounds by nature and these birds would have them truly exited. After we left on our way home, we passed by a field where several Sandhill Cranes stood feeding. Apparently the diet consist mostly of gleaning grain from farmers fields, so you have a good chance to see them there. 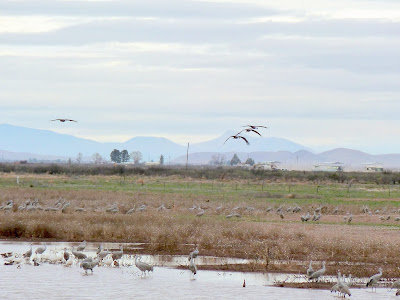 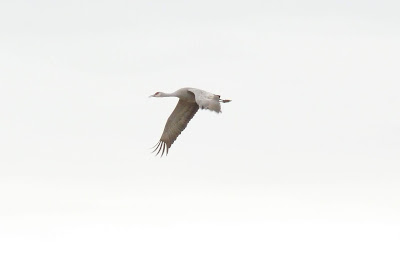 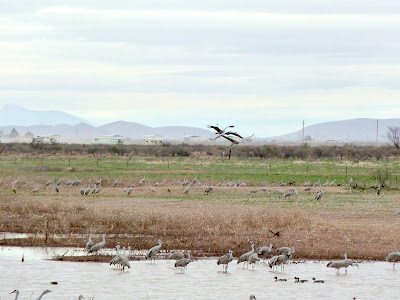 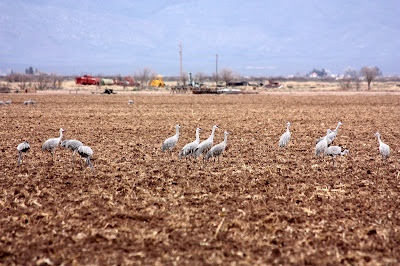 This was another wonderful trip exploring this Southern Arizona area close to Mexico! 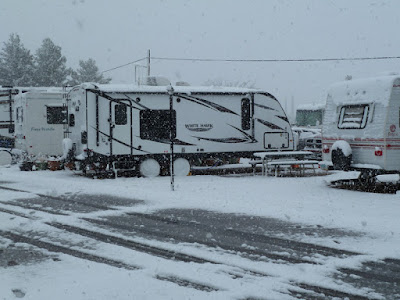 While I am writing this blog we are in the middle of a snowstorm right here in our RV Park. Last night the weatherman from our only antenna receivable HD TV station was in panic. All schools in the area are closed today and the call is to stay off the roads.  So far we have accumulated 5 inches of snow and our only TV station went off air! Looks like we are going to be snowed in. (Hopefully the National Guard does not have to be called out :)) 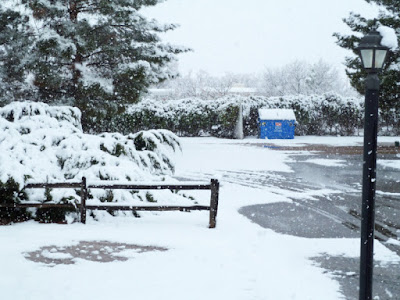 Posted by Marlene Klopfer at 20:05