Its good to be back

I have returned from the land of bratwursts, schnitzels, and scrumptious cakes and of course the land where they brew 5000 different types of beer. Germany is still a beautiful country and from the culinary point of view you would be in for a treat no matter where you stay. This time my visit was a bit longer than my previous trips because Mom had sold her house and it had to be emptied of all contents before the closing date. Meanwhile she has been living in a Senior Citizens Home. 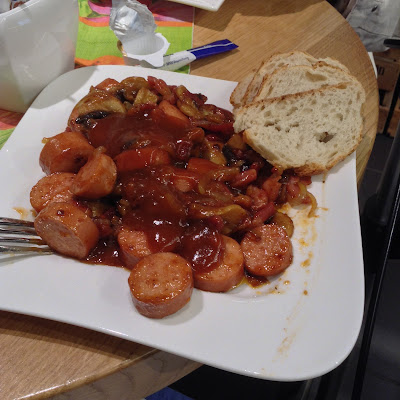 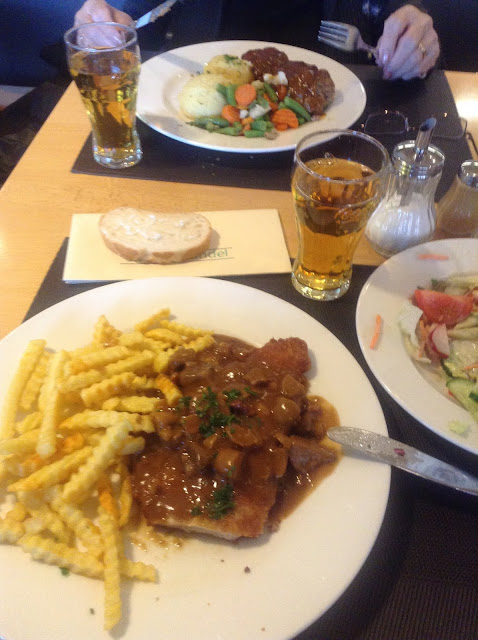 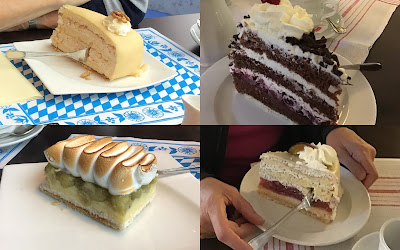 Back on September12, I took a flight from Windsor to Pearson International Airport in Toronto where I was to meet my sister Christina for our connection flight to Frankfurt, Germany. My flight was delayed for over an hour because the airplane was late coming in from Toronto. I barely made it to our departure gate on time where my sister had been anxiously waiting for me.

When we arrived in Frankfurt 8 hours later, on Friday the 13th, we had to clear customs and immigration and go through another security check before continuing with our next flight to Hamburg. I was pulled aside and told that my designer purse showed traces of explosives while moving through the scanner. Of course I thought the security guy was kidding. He was not. I assured him that he must be mistaken but he insisted that I had to wait for the two Police officers who arrived with drawn weapons before he could examine the contents. One Police officer said to me that my purse is going to be shot and all its contents were going to be destroyed. Now they were kidding and laughed at my shocked expression. The security guy pulled everything out of my purse, looked into my wallet and makeup pouch and declared that I was free to go as he handed back all of my belongings.

After arriving in Hamburg, we sisters took the airport shuttle train to central station in Hamburg and then another fast train to our destination, to continue with a taxi ride our mother’s house. The first thing we found out when we let ourselves in was that the telephone and wifi weren’t working. The fault seemed to be in the AC wall plug that felt very hot to the touch. We thought we quickly take the car to buy another connection cable at the tech store in town to be able to use the phone and Internet. The last time I had used the car was in July and it stood where I had left it in the carport. Oh no; the bugger would not start up. Shoot! The battery was more dead then dead. It is a Toyota Yaris, a hybrid car and it does not like to be stored that long without recharging the battery. On top of this we had no cell phone to use for help, we had not had the time to purchase a German Sim card.

I went to a neighbor’s house asking if I could use their phone. Their house phone and wifi didn’t work either! Apparently a lightening storm a day earlier had knocked out hardwired phone systems in the area. However, the neighbor loaned me her cell phone so I could call the car dealership and phone company. Unfortunately a service technician to bring an exchange battery for the car would not be available before 7 p.m. and the offer from the phone company for a loaner router set so the phone and wifi would be working would only arrive on Monday in the mail. The neighbor was kind enough to offer us a ride into town so we could purchase at least some groceries so we would have something to eat and to purchase a Sim card for my sister’s iPhone. We happily accepted her offer. I bought more food than I could carry and was grateful for a ride back because the road into town was closed for construction and everyone had to take a detour. We just turned the corner to our house when suddenly her car lost its steering, the engine belt decided just there to snap. Holy Moses! Did I mention that it was Friday the 13th?

Well, eventually we sorted everything out but not without overcoming more difficulties. Did you know that you cannot just buy a Sim card and use a mobile phone in Germany? No, you have to video-call via Internet with the phone company and show your id etc. to get a phone number and be accepted, yep! Next morning my sister and I started the job of trying to empty our parents’ house with all their belongings. My Golly it was a lot of stuff. A few days later my brother-in-law Paul, my sister’s husband, took a week off from work in Toronto to join us for the huge job of sorting, removing and disposing of some of the contents of our father’s workshop and the many other technical things lying around in the house. 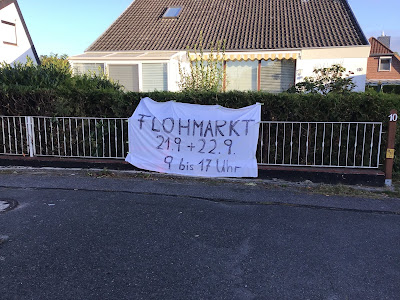 After a week of hard work we organized a garage sale a la Canada, i.e. flea market that we advertised with flyers inserted into the mailboxes of the neighborhood, through Facebook Marketplace and an ad in the local newspaper. My sister Christina made a huge sign advertising the event that we hung out on the hedge. The weather was perfect for our sale and we called it a success after counting our combined earnings. 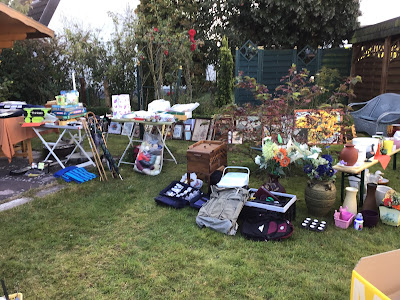 When the closing date came we had managed to empty the house of all the things that were not sold with the house. The new owners, a very nice young couple, graciously allowed us to stay, eat and sleep (think camping style using garden furniture and mattress on the floor) in the house until our departure day, three days later. They were not going to move in right away and planned on doing some painting and customizing. This was a very nice of them and it saved us some lodging dollars. 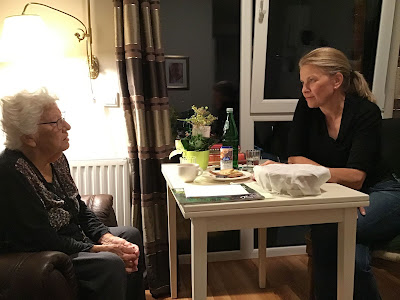 Well, I have been back a few days now and have marveled at the job Benno did in my absence. He built and erected a new chain link fence on the new property all by himself. That new fence looks better and is straighter than the fence that was put up on our property by the fence company four years back. 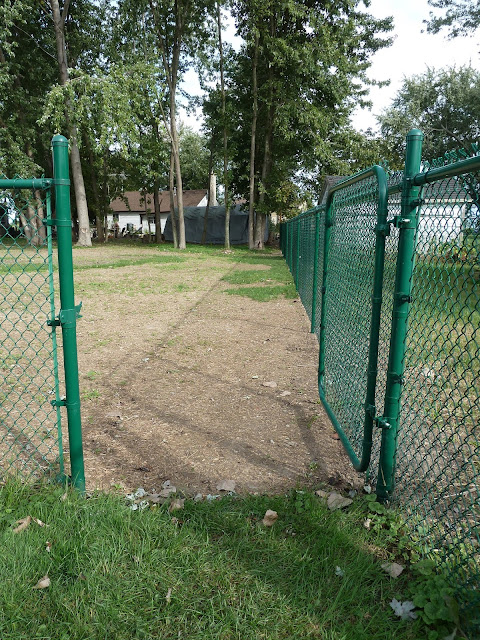 I threw myself into some garden work and thankfully the weather cooperated so I could get a lot done before we get busy with falling leaves. 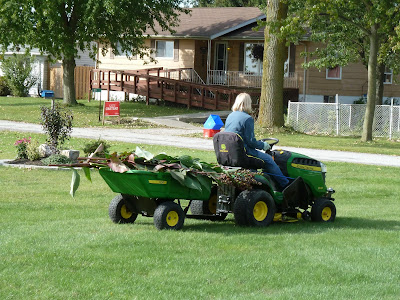 Wishing all our readers a Happy Canadian Thanksgiving and thanking everyone for not giving up on my blog.

Posted by Marlene Klopfer at 20:12