That was a short spring/summer

We woke up to 5inches/12cm of fresh snow this morning. April fools has long gone, so it was not funny. Although the sight outside was kind of pretty especially later on when the sun came out, I feared for the fate of my flowers and if they survived. I also felt sad for all the birds. 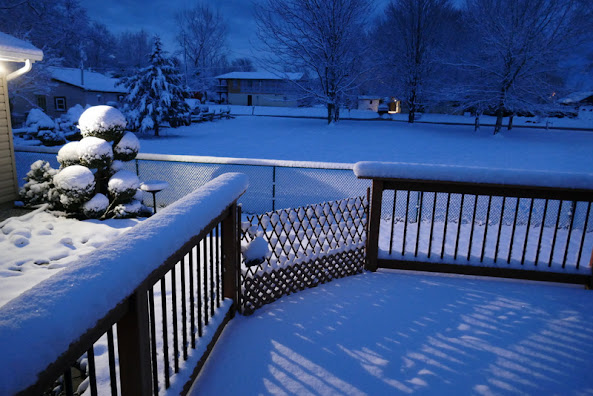 Already weeks ago I used up the rest of the birdseeds so I had none left. My offerings of breadcrumbs, crushed nuts, a slice of hard-boiled egg and various scraps were mostly ignored except for a raucous grackle that must have been very hungry. All this snow covering the ground I suspect was not a good thing for the robins that usually hop around on our grass looking for earthworms. Well, such is nature and life. 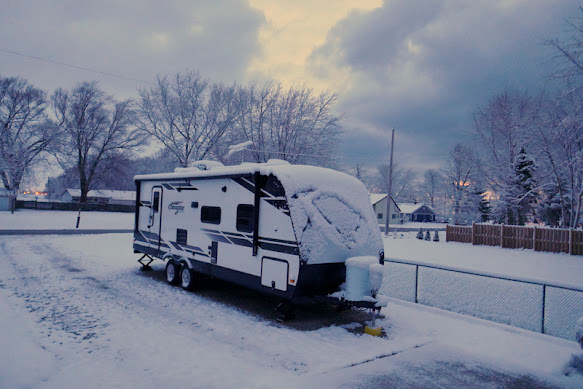 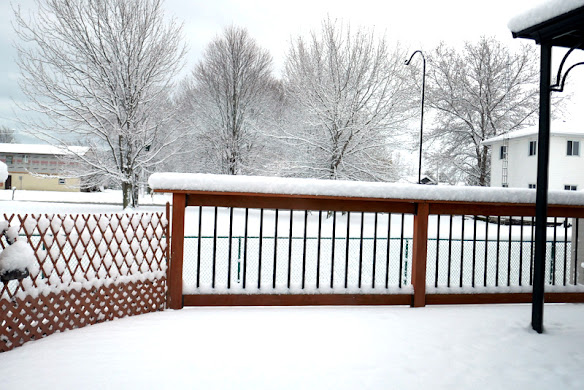 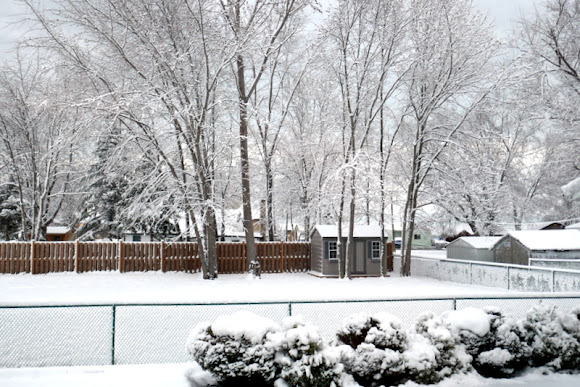 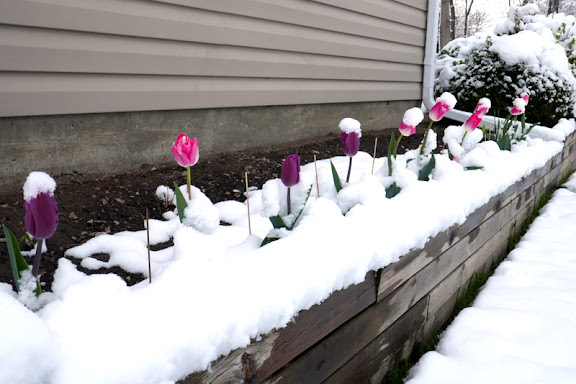 Upon further inspection of the garden later on I found the daffodils, tulips and bunches of grape hyacinth almost laying flat pressed down from the heavy pile of snow on top. I had to help the tender and fragile stems coming upright by removing heavy clumps of snow. Both the flowers and I are now feeling so much better! 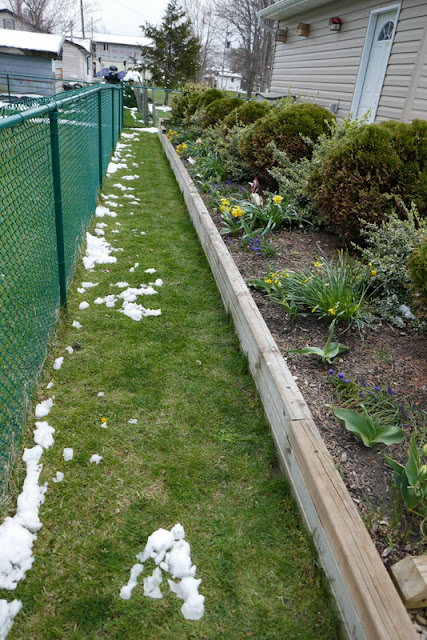 First sight in the morning showed the little camper/birdhouse totally covered in snow with the entrance hole snowed shut. I took a photo of it and an hour later I witnessed the bird mama, who had spent the night in there perhaps warming a few chicks, poking her head through the snow covered opening. That was so cute. 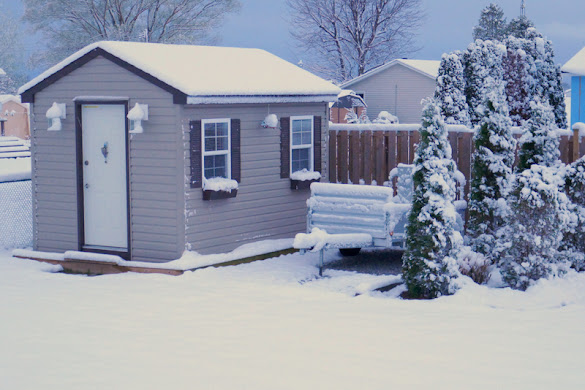 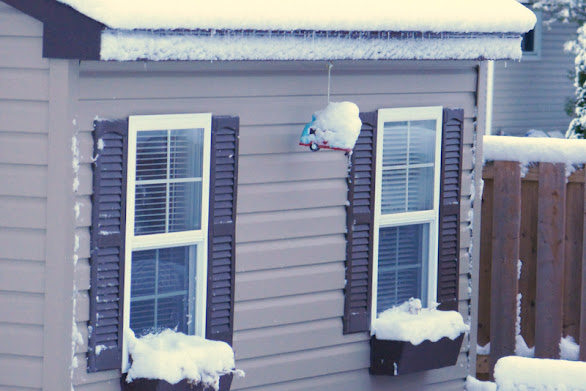 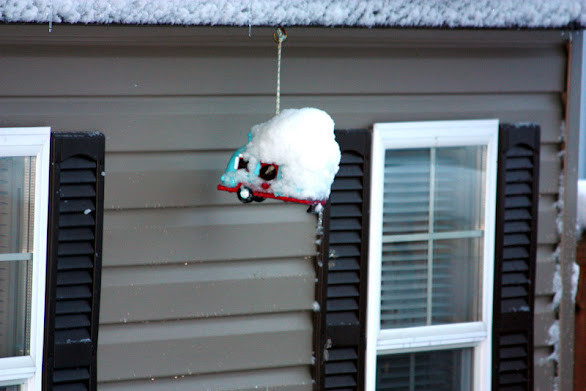 By the looks of the weather forecast for next week, I guess we’ll be in shorts and t-shirts. Crazy April.

Thanks for stopping by again.

Posted by Marlene Klopfer at 19:01