Getting lost in the woods

The weather here last week in Central Florida gave us a mix of hot sunny days, rain that lasted a few hours, fog in the morning and a windy day where we had to roll in the awing because of it. All in all not bad and we take every day as it presents itself. 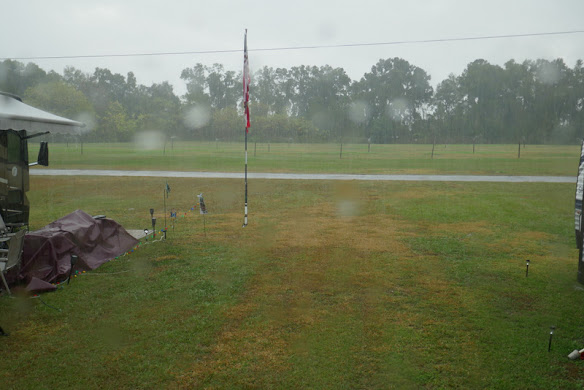 So last Tuesday our Reggie had his 6thbirthday for which we presented him with a large, warmed up sausage. Elsa helped him to gobble it up. Now both of them are hoping another sausage will appear on January 6thwhen Elsa turns 6 years old. 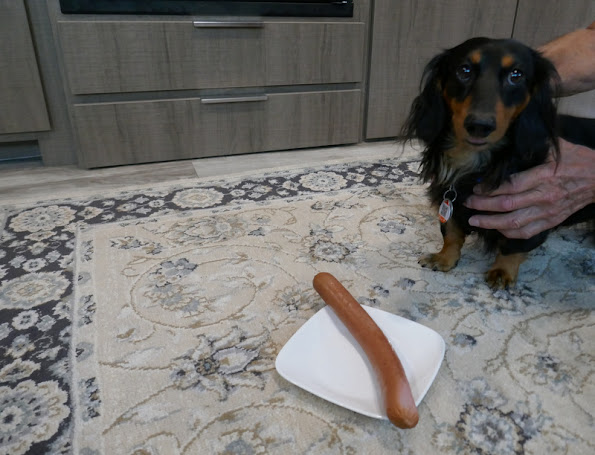 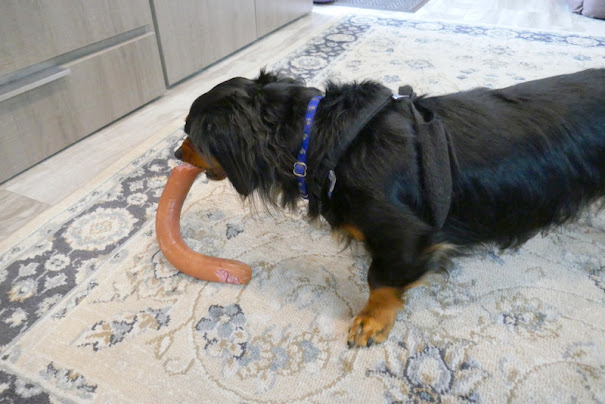 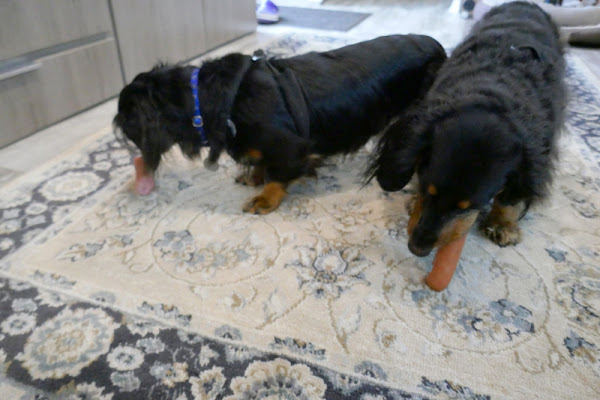 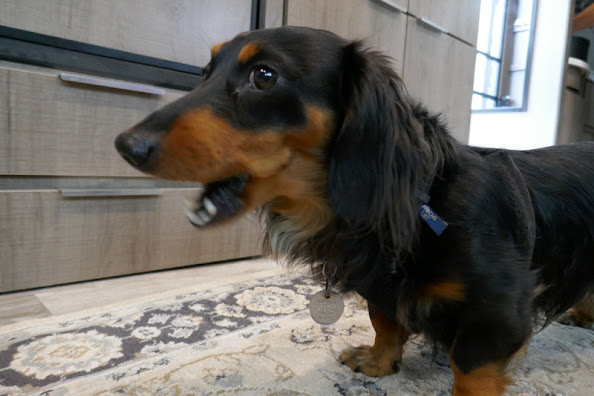 There is a CVS pharmacy located adjacent to our RV Park. They offer free Pfizer-Biontech Covid-19 vaccination booster shots. We took advantage of that and both of us got the booster shots. No prior appointments were needed. 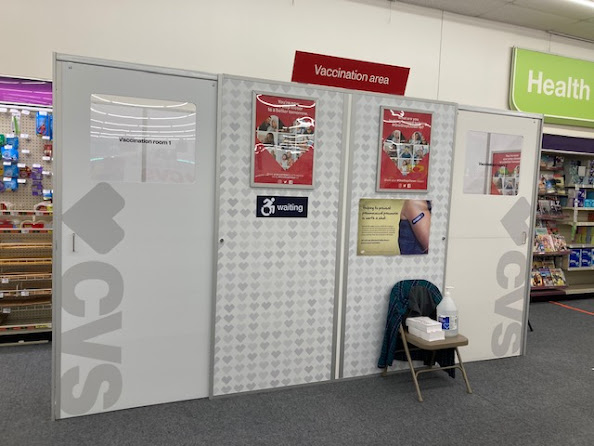 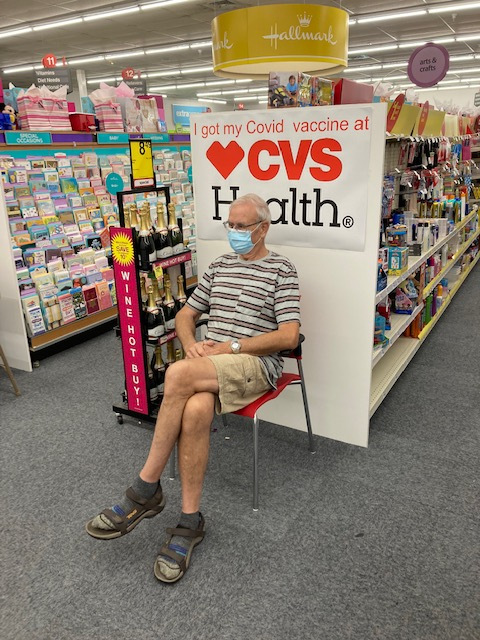 Yesterday was a beautiful day, lovely 30C/86F and it was decided to venture into the forest with nature trails next to our park. Maybe it should have been anticipated that after the rain that we have had a couple of days ago that the trails would be still a bit damp, and they were. In prior years we walked allover those paths so we thought we knew our way.

Well, after deviating from the trails and descending into the canyon, stumbling over boulders and traipsing through undergrowth it became apparent that none of us knew our way, but the dogs had a blast sniffing through the brush. We found ourselves contemplating the steep ruts left by 4x4’s and ATVs to get back up to the trails but giving up after some slipping and sliding in our crocs quicker down instead of getting up to the higher grounds, Benno ended up in a prickly bush on the slippery sloop. After that mishap we noticed we were truly lost like in the movies and had to reconsider our navigational skills. 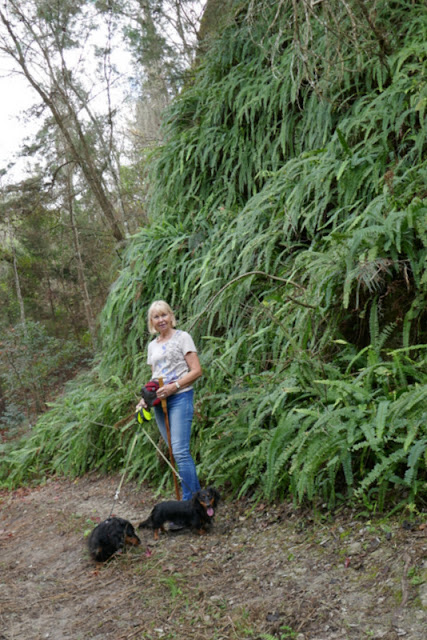 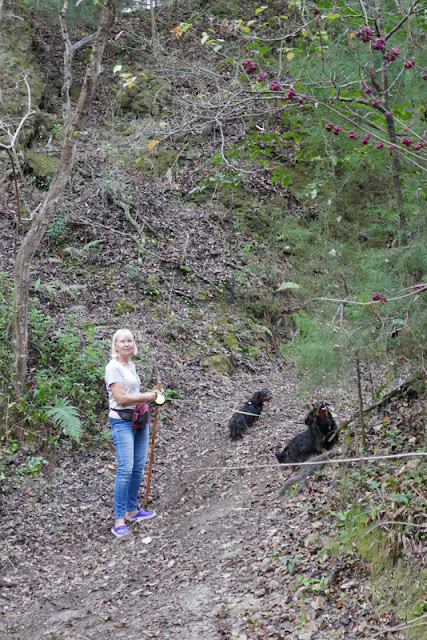 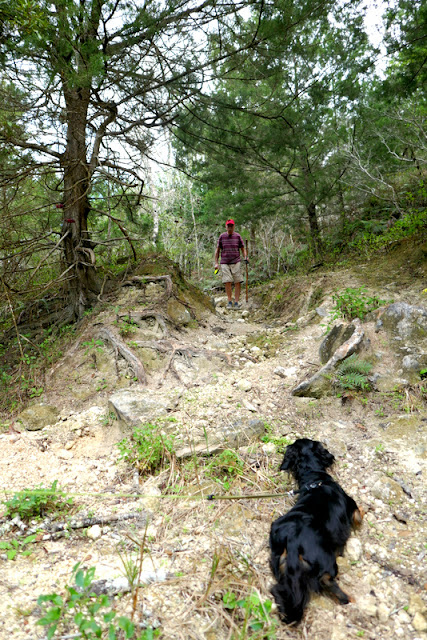 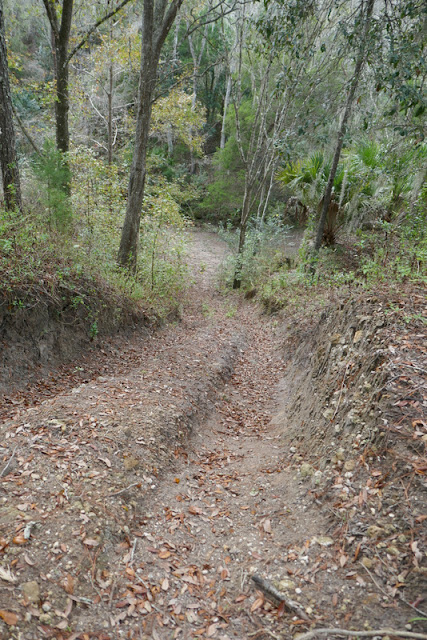 Benno mentioned that a work camper saw a bear on the garbage bin and they still have the Florida Panther in this state. All that did not help me in the moment other then that I had the urge to get back to our trailer quickly. In the end another path leading uphill mysteriously appeared and after taking it we had our bearings again. It was fun though! Once back at the travel trailer both dogs needed a bath and Benno was picking the thorns out off his socks! 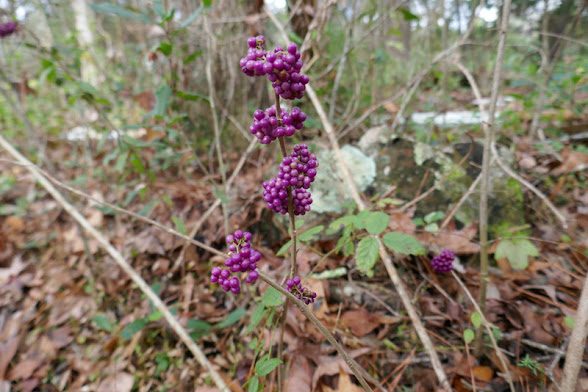 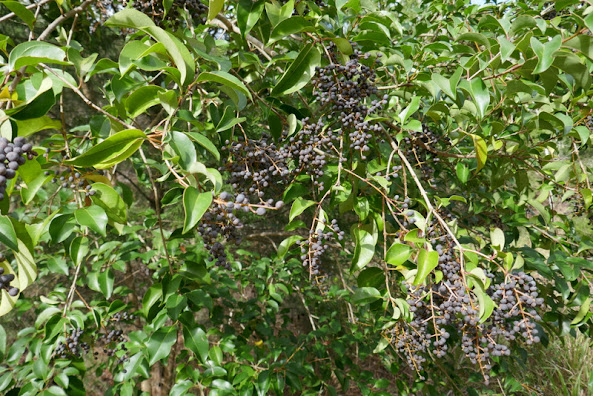 By the way I noticed berries growing wild in the bush that I have not seen before. I tried to identify them using the Internet and came up with Beautyberry or Mulberry for those red ones. The purple bunches I still don’t know.

Thanks for visiting my blog and I hope you continue to do so. Stay tuned..

Posted by Marlene Klopfer at 18:20