Today didn’t go as planned but turned out ok!

Todays occasion to celebrate was another happy birthday, but turning a year older is not a so much of a nice thought. Oh well, we have to see it differently and thinking we’re getting younger every day, so there is nothing to whine about unless you are at an age like our grandkids where every birthday is greatly anticipated. 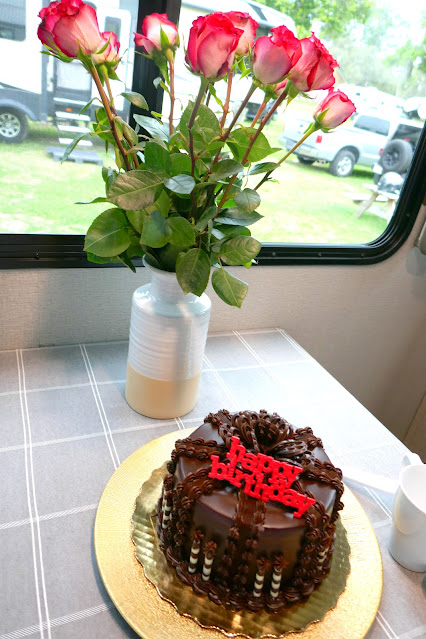 Benno surprised me with a bunch of beautiful smelling red roses this morning after his run of getting our propane bottle refilled, and of course realization set in that we had no vase to put them in. I thought no problem and after my shower I took the truck to the Dollar Tree store across the highway to see if they had a vase for me to purchase. They didn’t. However, just a little further down the road there is a Dollar General store where I headed next. Luckily they did have several vases for sale and I quickly found one that would do the job. Back out to the parked truck I could not get it started. What?

After several tries with nothing happening at the dashboard I knew this was trouble. What to do? I went back into the store and asked if I could use their phone to call home. Just then I spotted Richard at the cashier who had just finished paying for his purchases there. Richard is a contractor from Texas renovating the TSC store that is next to the Dollar General and he is staying at our RV Park with his travel and utility trailer while doing this job. Richard thought the problem might be the battery connection, but it looked ok. He gave me a ride home and picked up Benno to take him back to our truck with an offer to give us a boost from his truck. 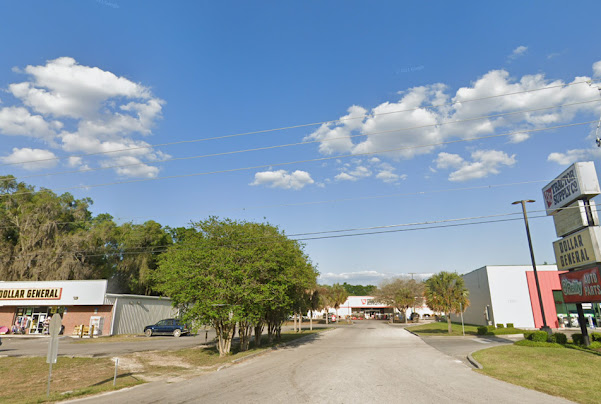 It turned out our truck battery was toast. It was still the original battery and had lasted all these eight-years until today and decided to give out right on my birthday when I was driving the truck. A while later Benno returned with our truck and a new battery that he had purchased at the O’Reilly Auto Parts store that is right next door to the Dollar General and TSC store. Boy, how lucky was that? 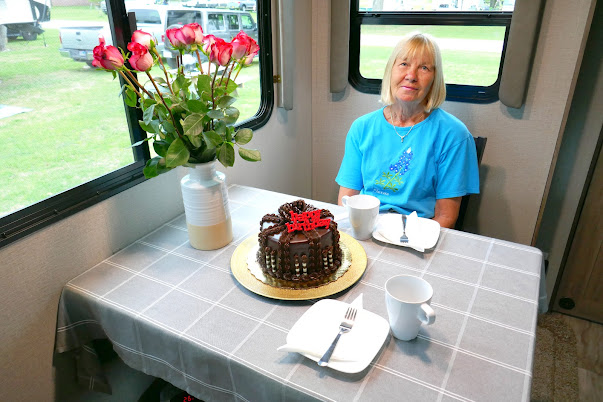 In the afternoon, after consuming each a healthy piece of the traditional birthday cake that we had purchased at the Publix store, we noticed that there was a thunderstorm and rain heading our way that would jeopardize the planned birthday BBQ dinner this evening. Darn, this weather was not in the forecast yesterday and this morning it displayed to arrive for much later in the day. Can the meteorologists not get this right? 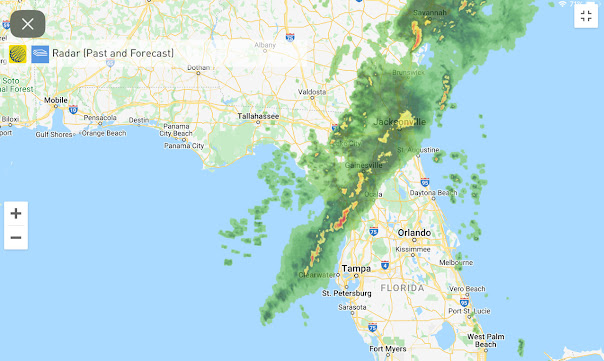 In the end, after contemplating what our choices were, we decided to eat a bit earlier than planned. Benno quickly rigged up the small portable Weber grill and did the steaks and I only steamed some asparagus to accompany the meal, as we were obviously not overly hungry after all that chocolate. Just in time everything got packed away before the first thunder and heavy rain came down. 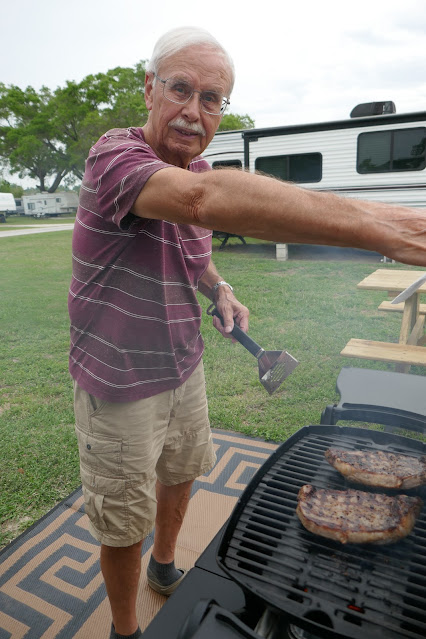 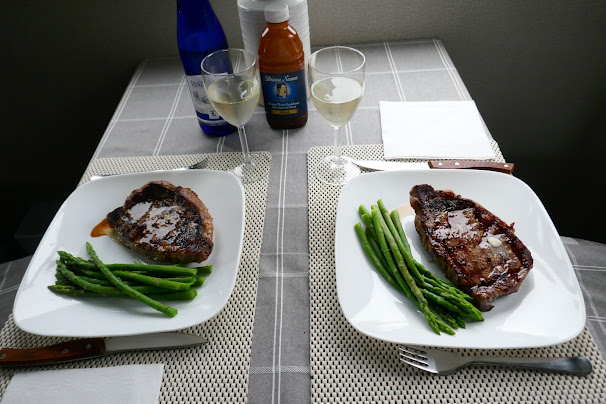 After all it was a good day and I am grateful for it. Thanks for dropping by again.

Posted by Marlene Klopfer at 20:04