If you are interested in the ongoing saga of the boat engine we had ordered back last fall, it finally has come.

The spring delivery of the Beta Kubota Diesel Engine for our pocket trawler finally materialized. Last Thursday we were notified that the engine had arrived at the Toronto Pearson Airport. As we learned later, it had been here already a few days but paperwork had not been processed until then. Of course we sprang into action, because of the looming weekend traffic to Toronto and extra storage fees if not picked up hurried us up. Benno had wanted to rent an open utility trailer to pick it up and to bring it into his workshop, but on this short notice all rental places were out of them, so we went with our pickup truck early Friday morning to Toronto. The 401 Highway (a road like the interstate highways in the US) is always busy and on weekends people head out of town on to the 401 which could turn into a parking lot, so to speak. By golly, we were lucky to slip through in good time. 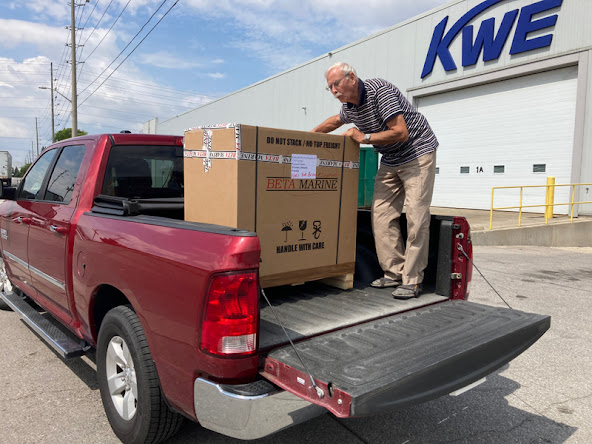 The distributor through which we are purchasing this engine gave us instructions where to go to pick up the shipment and we found it no problem. Actually it was good that we took the truck because the engine was packed well in a wooden box and mounted onto a pallet, was brought by a forklift from the warehouse and dropped onto our truck bed.  A utility trailer would have maybe not worked out so well.

Because we were underway just around noontime to head back home, we were avoiding most of the weekend traffic and encountered no delays. However the other direction of the highway was not so lucky and had long lines of congestion because there were reduced lanes because of road works and experienced a fair amount of some stop and go.

We were pulling off the highway in Tilbury for our homestretch to Leamington; and swung by a U-Haul rental place to inquire if they had a utility trailer. As luck would have it, they just got one and the people who just dropped it off were still standing in the office right in front of me. They were Americans and the utility trailer had a Texas license plate. It had come a long way here, but it was the right trailer just for us.

Back at home Benno opened the box to inspect our engine and then parked the truck and utility trailer for the night. Next morning Benno drove over to Paul, a friend in the neighborhood, who has an industrial type gantry at his large garage/workshop. No problem using that hoist to lift the just 364 pound engine off the truck. We then positioned the utility trailer under the hoist and positioned our moving dolly (a US Harbor Freight special) on the utility bed. Once the engine was lowered Benno secured it to the tie hooks of the trailer. 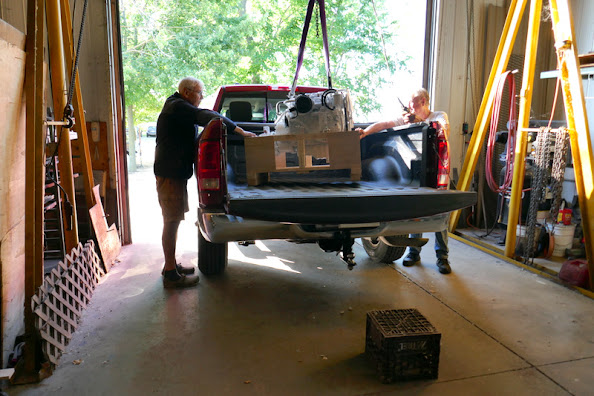 Back at home Benno used our lawn tractor to maneuver the utility trailer in front of his workshop so the trailer gate lined up with the shop doorsill. It was then an easy job to roll the engine into the shop. Voila! 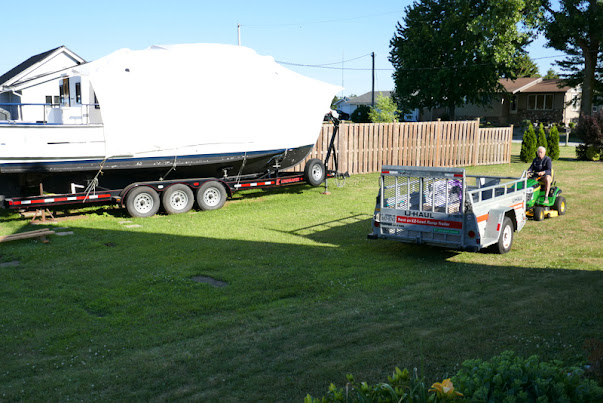 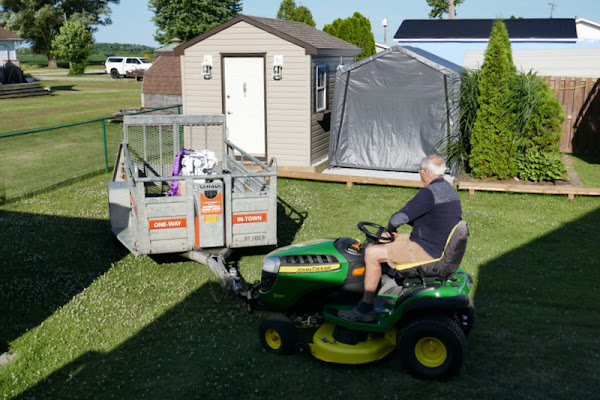 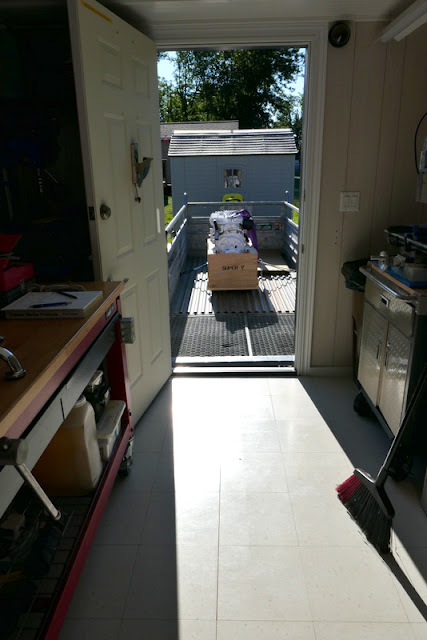 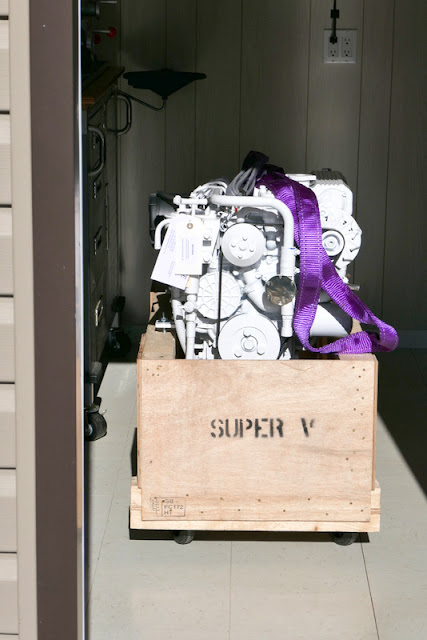 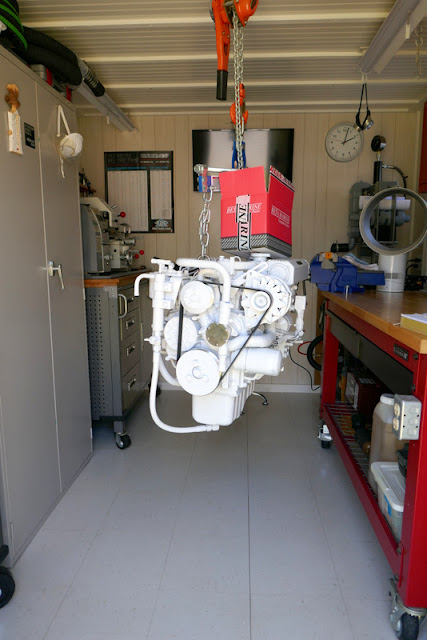 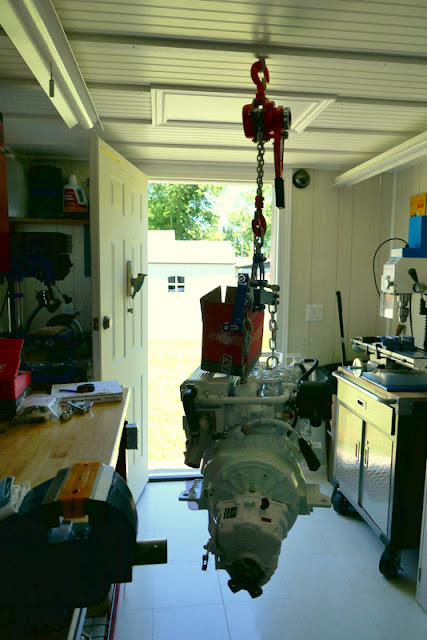 In the meantime Benno modified the wooden crate to a smaller configuration to fit through the boat’s door but a few parts have to be disconnected for the move. It will be a little while until the engine will see the inside of the boat, as there are few other jobs ahead of it.

Thanks for taking an interest in this endeavour and dropping in!

Posted by Marlene Klopfer at 20:00