On the last Friday of July, just before the long weekend, we rolled out of our driveway with the RV in tow for a little vacation. In hindsight it was the worst day to be on the road or to be on the 401 Highway driving east that we had to take. The Hwy 401 is busy most of the time but that day the volume was ridiculous and driving speed came to a crawl again and again especially in the Toronto area as people were leaving town for cottage country and beyond and I’ve never seen so many RVs on the road. Ever.

Tired and a bit stressed 11 hours later from the drive we pulled into the Walmart Superstore parking lot in Brockville, Ontario to spend the night there. A dozen other RVs kept us company.

At 6:55 a.m., refreshed and ready to get on our way on Saturday morning we pulled into the Mobil gas station that was situated next to the Walmart plaza to fill up with gasoline only to find that the pumps were not working. Frustrated we left to locate another gas station but not finding one after several miles decided to get onto the highway anyway and look for one further on the way. As we passed the Mobile gas station again we noticed cars filling up. What? Of course, they opened the pumps at 7 a.m. and we had been there just 5 minutes too early. 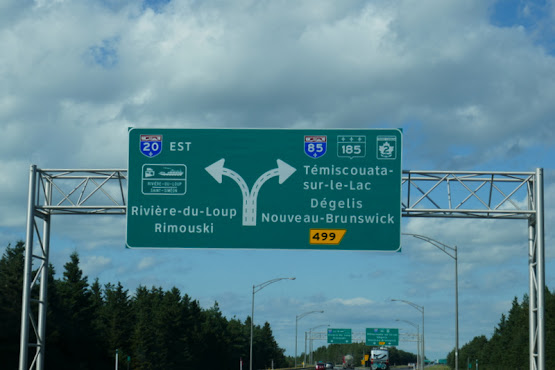 Driving and vehicle volume on Saturday was better, but not by much. Benno did a wonderful job driving while I enjoyed the scenery. The “Enroute” Service stations along the highway were packed to capacity. Actually, we bypassed some because the cars were backed up even before the on-ramp on the highway to get in. We wanted to take breaks too although we could use our own facilities and I could feed us from our fridge, however we wanted to give the dogs some time to run and to do their business and I preferred to purchase some coffee to go and not make any in the RV. At McDonald at a rest area in Saint-Leonard d’Aston, Quebec, I avoided the long line of people spilling outside of the building waiting to place an order and went to the self-serve kiosk (which no one seemed to use) to order my two coffees. Thankfully these computers are bilingual (my French is unspeakable) and since I just wanted coffee, my order was processed quickly and I was out of there in a flash. 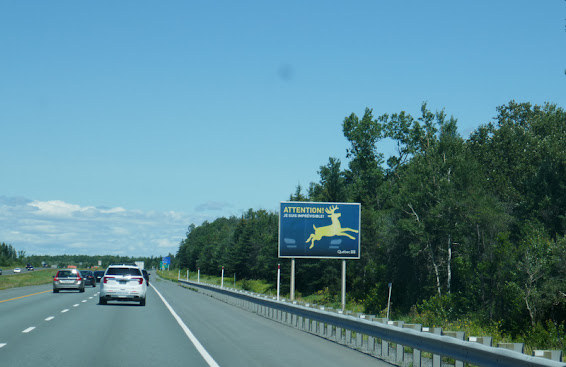 That night we parked again at a Walmart parking lot. This one was in Edmundston, New Brunswick. There was a Rona building center (owned by Lowes) next to it but nothing else in the area. Several RVs came also to spend the night. A GM van with a older couple driving it parked behind us, they were from Pickering, a suburb of Toronto, Ont. on the way to Nova Scotia and they were going to spent the night in their van also. Unexpectedly the temps dropped to 8 deg. Celsius overnight and I felt sorry for the couple, as their van was not equipped for camping and had no extra heater, they must have been cold. Next morning their van would not start up and all attempts to get it going failed. The van battery was new and the starter motor turned too but the engine would not fire up. Hopefully they got some mechanics help on this long weekend. 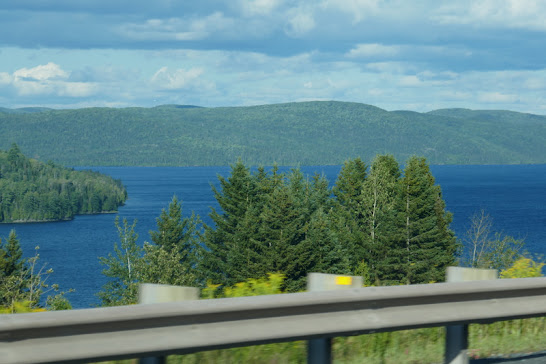 I have to say the drive through Quebec and onto New Brunswick was so beautiful. The scenery from the TransCanada Highway along the St. Laurence River and down into New Brunswick is truly breathtaking, I tried my best to capture some of it pointing my camera through the windshield while Benno drove on. The speed limit on the highway in New Brunswick is 110km/hr. 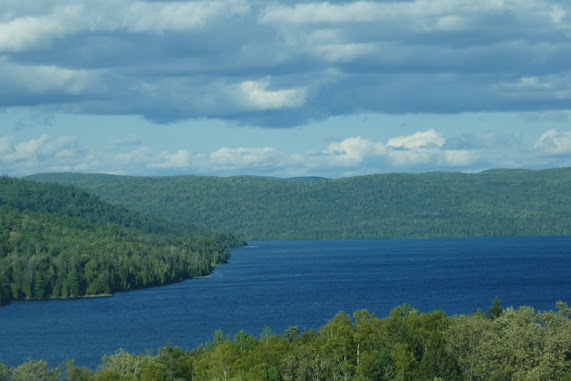 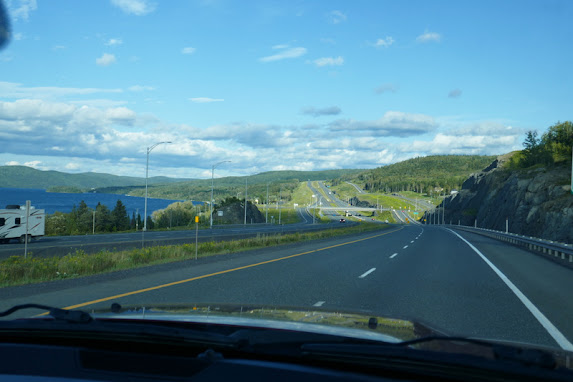 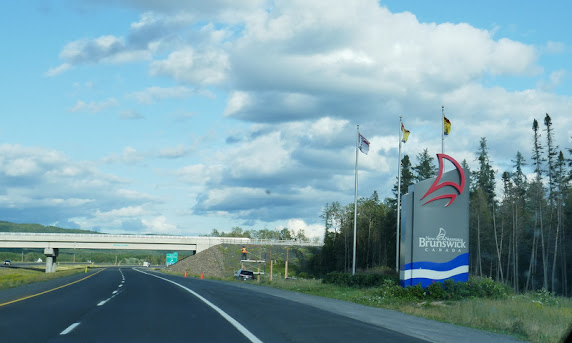 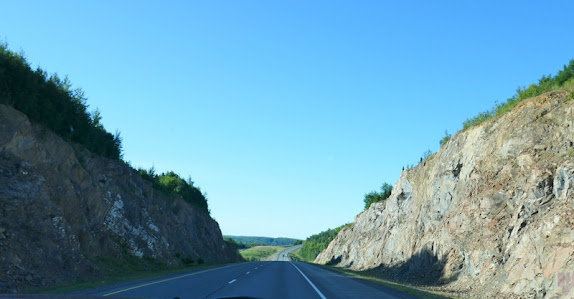 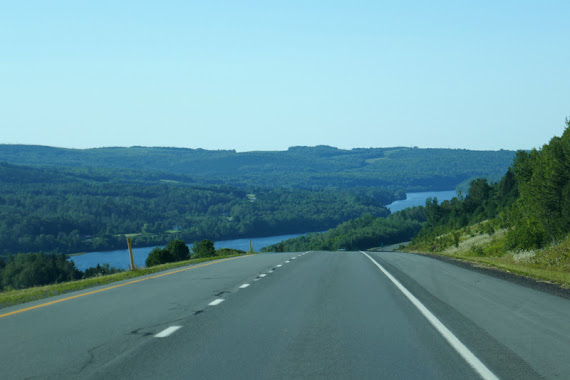 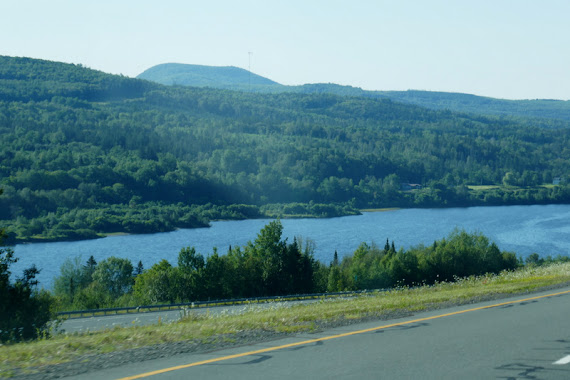 We pulled into the only available spot suitable for our RV next to the swimming pools at the “Island View Campground” in St. Andrews, New Brunswick by midday and it being a hot and sunny long weekend, the place was packed to overflow. Actually, they had only three open RV parking spots left, but the other two meant a tricky maneuver of backing in on an uphill tight lot surrounded by trees and would be better suited for a shorter travel trailer. When I say packed, I mean every single spot was taken and where there would usually be open green space, now there were tents pitched everywhere. Laughing and screaming kids were splashing to their hearts contents while enjoying the two swimming pools. The noise level was exorbitant. You get the picture, I’m sure, so we retired inside to relax after all that driving. Things eventually quieted down later in the evening and next morning we woke to a light drizzle rain for a few hours, which resulted in a quiet campground until lunchtime when the sun came out.

Posted by Marlene Klopfer at 21:31