Lots of accomplishments this week

Since we came home we have been on the go. All that saved up energy we stored up the last four months sure helped us now. And yes, the furnace got fixed, although it took a bit longer than we thought it would. It turned out that it was not the switch that our heating/air-conditioning technician had ordered. It was to our bad luck the exhaust blower motor that was not in stock and he had to order that in too. We finally moved back into a warm house on Wednesday evening, three days after returning from the USA.

The usual trips between the travel trailer and the house took place the next day and the washing machine and the dryer had their workout. Then there was the grocery run to the local supermarkets that had me look twice at the adjusted price tags from four months ago. No surprise here, but still needs some getting used to. 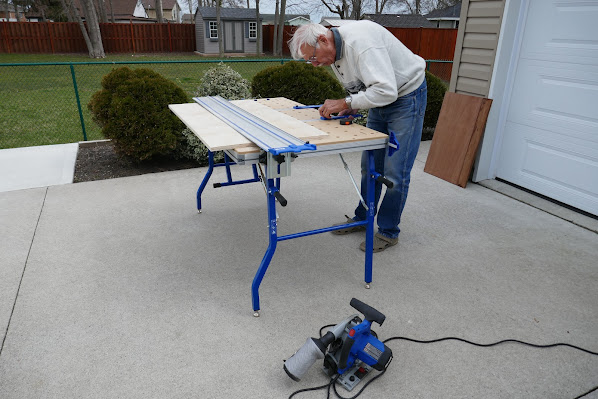 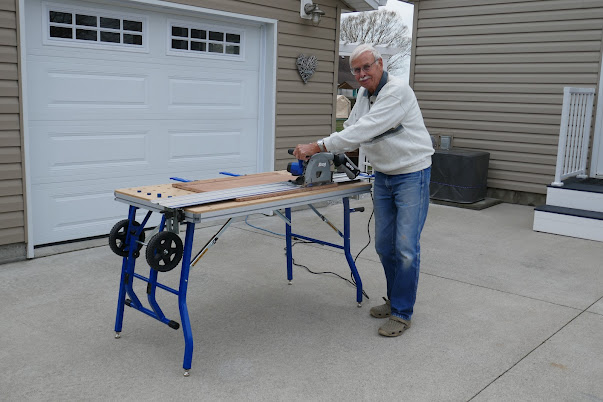 Benno has a lot of jobs planned and he jumped right into them. Of course our Canadian weather at this time of year is not very reliable and outdoor activities have to be scheduled for doable conditions. Last fall we tried to purchase a new gazebo when a fierce storm had broken some roof panels and took off with them from our gazebo, but there were no new gazebos available for purchase. It turns out that they are a hot commodity and still difficult to come by. We snatched one up in the size and model we wanted at a Home Depot store in Sarnia, a two hour drive one way, because the stores in Windsor and two others in the neighbourhood were sold out. The sales associate we talked to said that as soon as the gazebos came in they were sold the same day and he concluded he could sell a hundred of this model if he could get them. Wow, we got lucky. 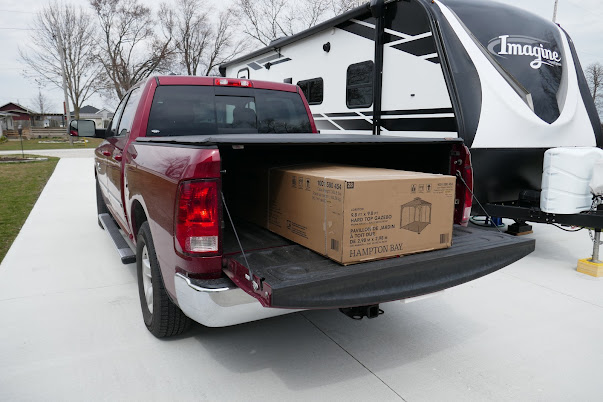 Getting the 362-pound gazebo box off the truck required us to open it up on the truck bed and taking piece by piece off onto the garage floor until we are ready to install the new gazebo. In the meantime Benno dismantled the old one in freezing conditions. 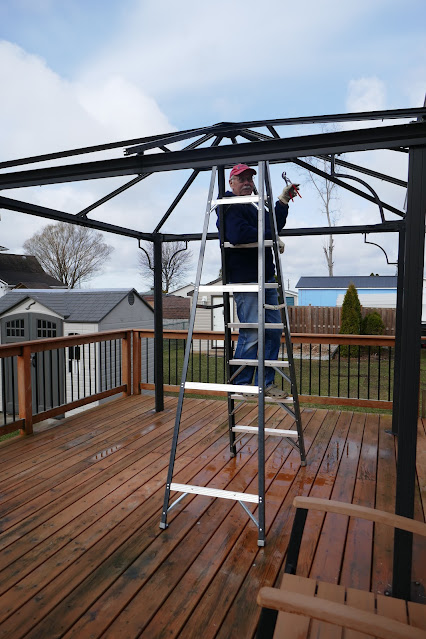 There were a few more trips to and from Home Depot for items that we ordered online and in the store and twice we had to make another trip to return the defective items. That is such a waste of our time, extra gasoline and it is disappointing. 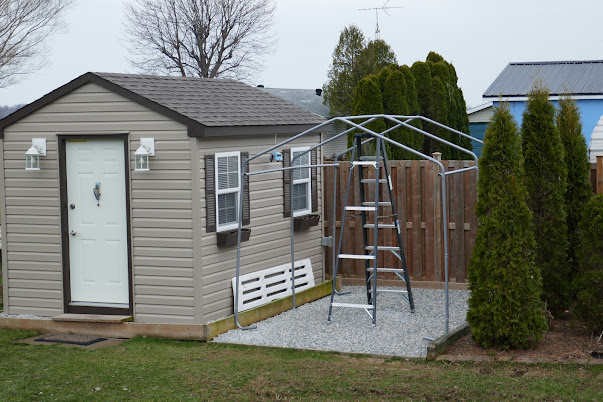 We decided to erect another portable shelter (Shelter Logic) where we previously had one set up a couple of years ago for the Kioti tractor. With the additional storage space we can transfer some stuff over to make room in our garage and garden shed. It needs assembling and Benno got the framework already together. But of course it is raining today and will be raining tomorrow also so the final cover will have to wait.  There is a berm with evergreens and two very tall Zebra Grass shrubs next to it and I had to snip all those tough grass stems off before the new shoots come up and to have more room to maneuver around the new shed. My hand still hurts from that. 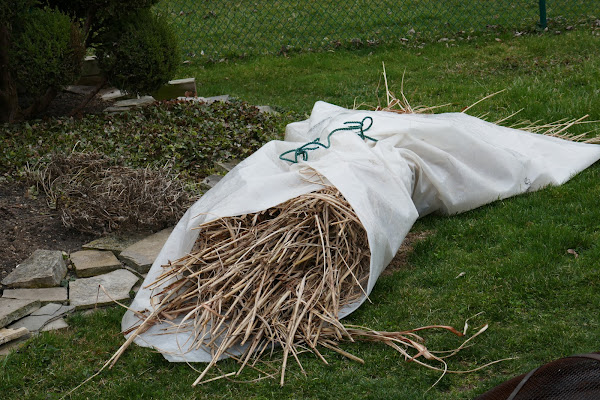 There are more projects on the go right now so I’ll snap some photos for my next update. Thanks for dropping in again.

Posted by Marlene Klopfer at 18:52