Finally we have removed the heavy-duty metal gantry that helped us to lift out the old engine and drop in the new engine into its engine compartment. That means the new Beta 38 engine is now permanently installed. Everything is brand spanking new down there and looking good. There was some more painting involved and of course all the connecting tasks etc.

A before photo of the old engine and a photo of the new engine in the compartment will speak volumes, I think. 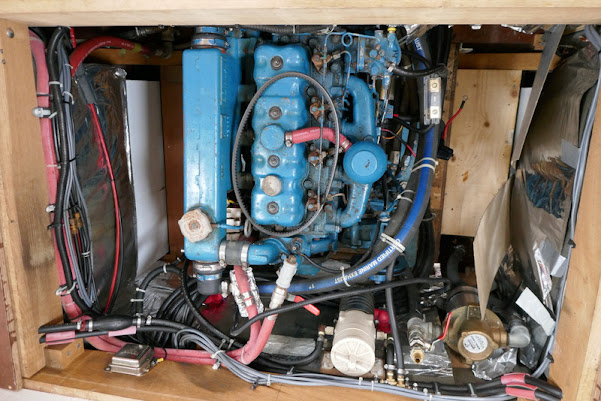 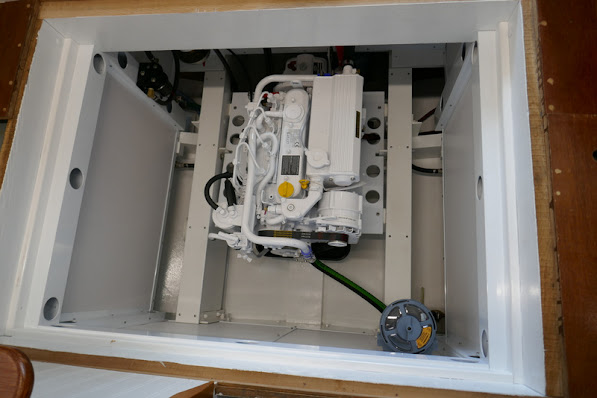 For all of the non-boater readers out there that are not familiar with boatbuilding, you must be wondering why it took so long to come to this point. There are a lot of little pieces to complete this puzzle. There are numerous brass hose barb fittings, and nipples, street elbows, lag screws, electrical wires, various screws and so many more items needed to hook up and connect the pumps, tanks, batteries, new muffler system and more. And, none of these things are at our fingertips which means they have to be ordered, shipped or picked up in Windsor, or surrounding towns. 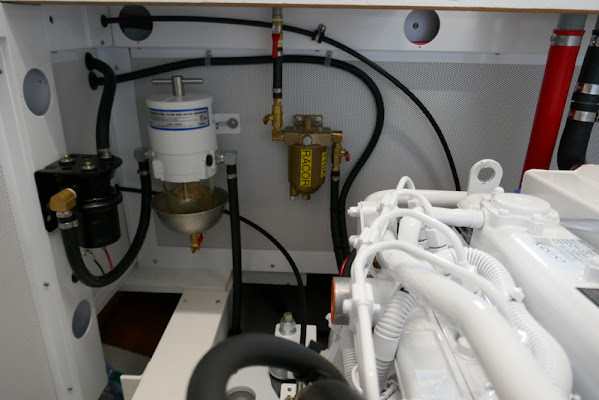 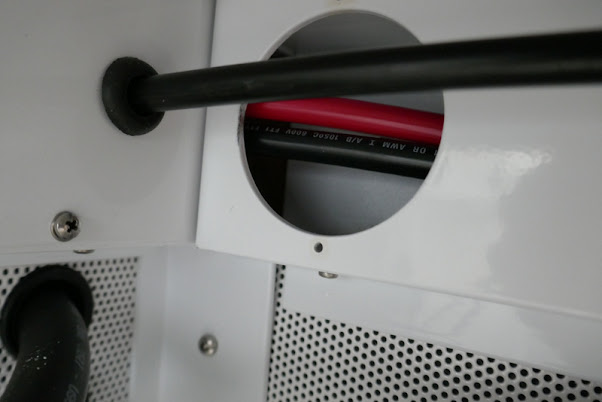 The pre cut, drilled and deburred metal brackets, flat bar, angle pieces and other items were powder coated by Chris from County Coating in Merlin, Ont. and we were really pleased with the job. The last bunch we had powder coated had 28 pieces. I counted them to make sure we had all of them back in the bin. I’m sure it was a joy for Benno to install them one by one as the compartment all of a sudden looked so much more finished. 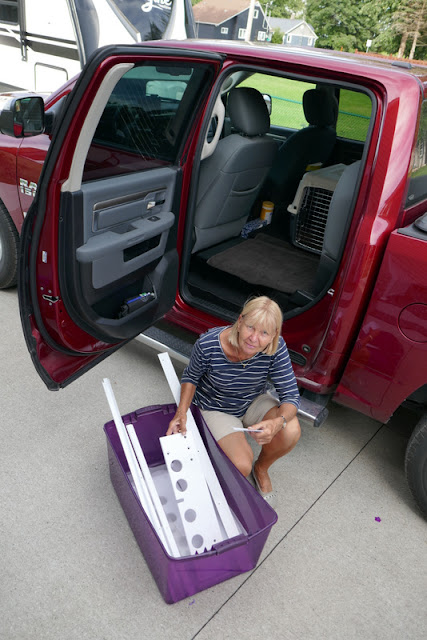 There are more wires to run throughout the rebuilding process and the channels located on top of the engine compartment will hold them neatly. When all wires are in, the holes will be covered with small powder coated plates as well. 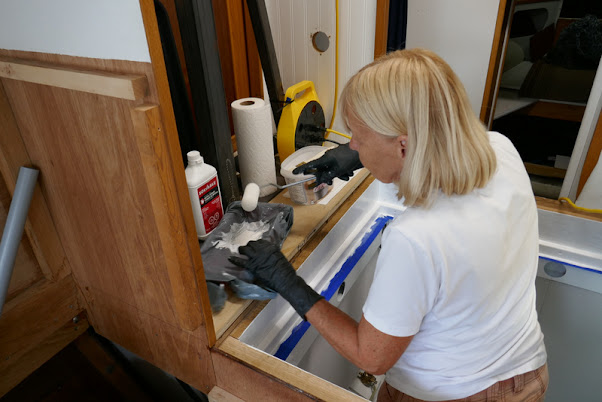 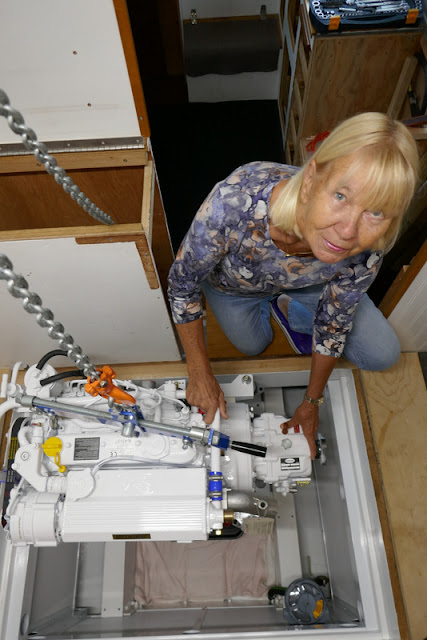 So Benno is moving on to other tasks on the boat and I will post more photos of the coming jobs. 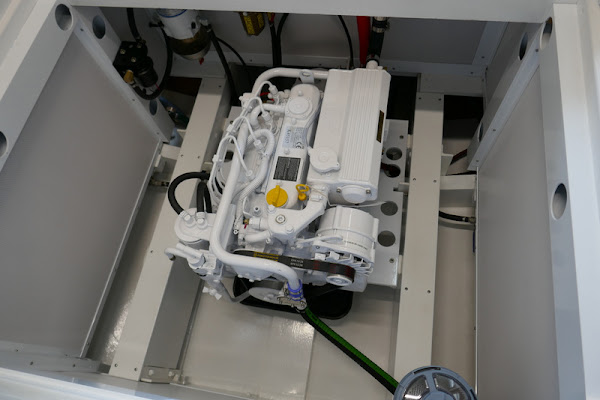 And in case you are asking, yes, the fence was fixed. However, the work was a little more than just replacing what was broken. By hand Benno dug out and around the broken posts. They were quite deep, so a big hole. We purchased new 4x4 posts and some fence boards. The new posts were surrounded with concrete post mix and for good measure we added some quick concrete to the old still standing ones as well. 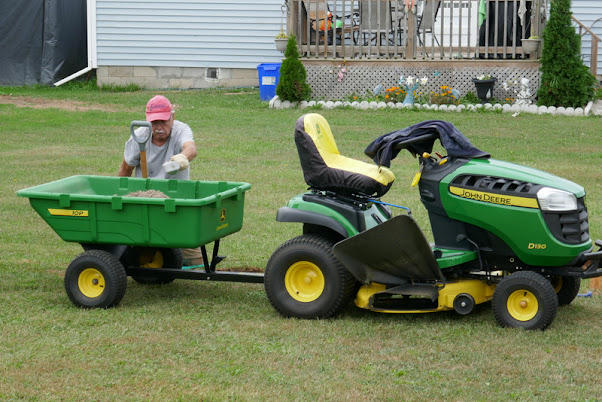 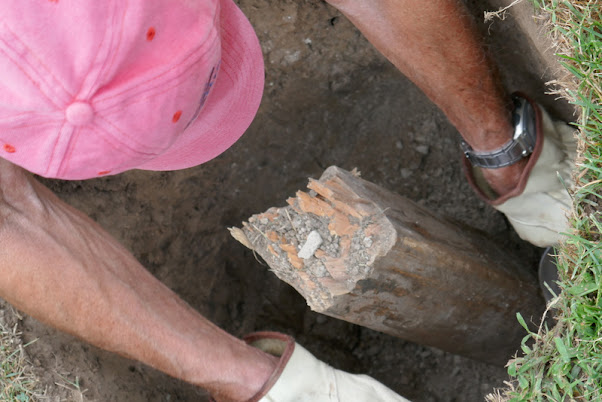 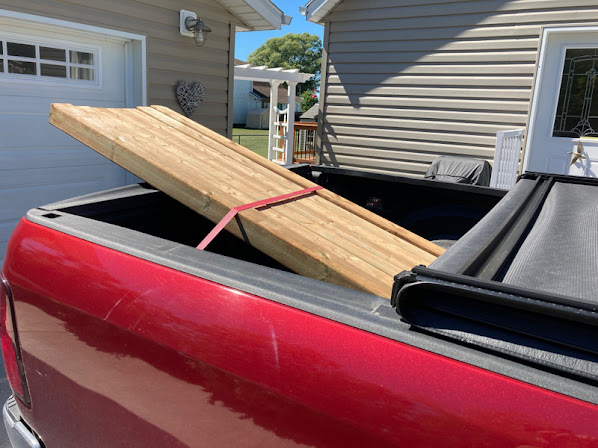 It was decided to lower the replacement fence and also the other two end sections to 4-1/2 feet for more stability should we get another storm blowing through. The new fence also is built a little different with the fence boards offset to both sides. It looks good now, don’t you think? 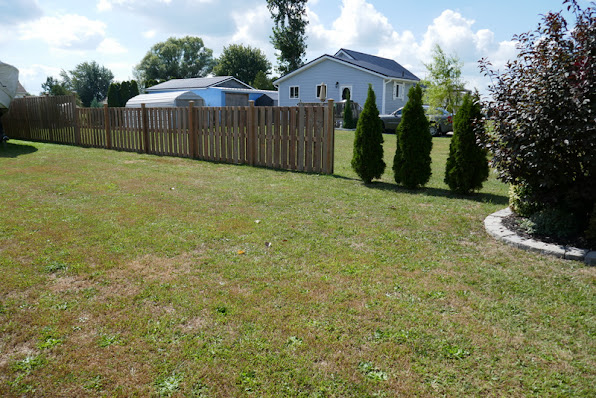 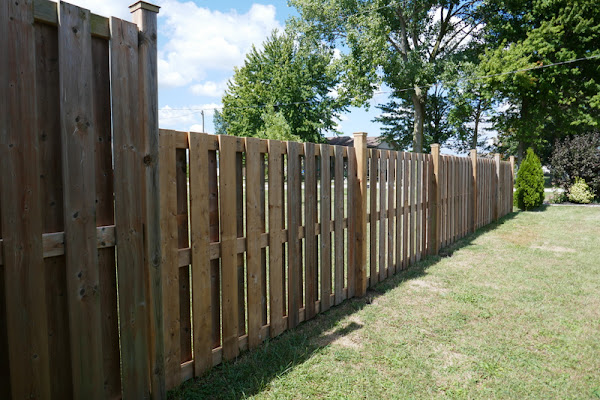 Today I noticed some critters in my garden and before they could move on I took some photos. Those will be in my next post.

Thanks for dropping in again.

Posted by Marlene Klopfer at 20:54