Last year’s final recap and a story of cancellations…

The state of Texas sure is big which I mentioned before, I think.  When we left the RV Park in Port Isabel we were not sure how far we’d get before retiring for the night.  It turned out to be the parking area of the Camping World store in Katy, Texas (just before Houston) after roughly 375 miles of driving.  Up early the next day and hitting the road again we followed the I-10E all the way to Hammond in Louisiana, where again the good folks from Camping World let us stay in their very spacious parking area for the night which turned out to be a nice spot, by the way.  In the parking lot we noticed a unique looking old mobile home complete with mobile 'potty' sitting piggyback on a trailer and I just had to take a couple of pictures of it. 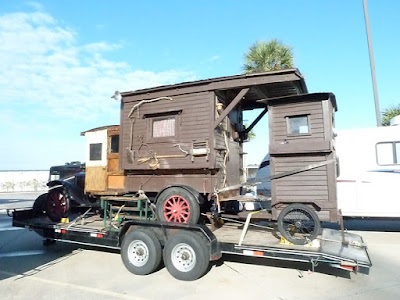 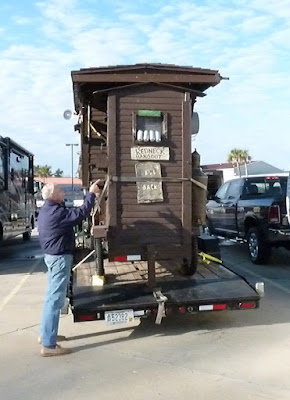 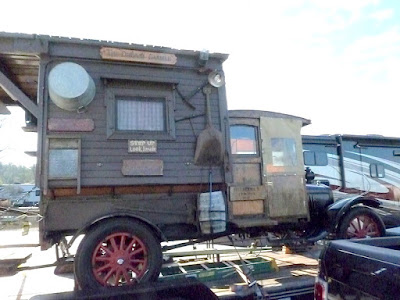 In the afternoon of February 28th, a Saturday, we pulled into the Hilltop RV Park in Robertsdale, Alabama where I paid and booked us in for the month of March. 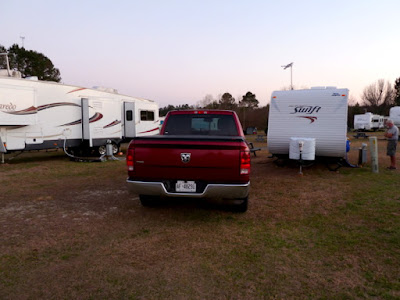 Benno was busy with the set-up and hook-ups of the trailer, meanwhile I chatted with some nice folks who had been staying in this park already for several months when my phone rang. My parents, who live in Germany, called to inquire of our whereabouts but really the cause for their phone call was that they wanted me to come right away to assist them.  They had decided to put their house on the market to be sold, found an apartment built for senior citizens of which they could take possession immediately and now the huge task of downsizing was before them.  I persuaded them to delay their move by at least a month to give us some time to head home with the trailer and for me to book a flight.  I explained that our house in Canada was still snowed in and the road conditions right now were not favorable to pull a trailer.  Eventually my parents agreed to that and we would spend only a couple of weeks here in the RV park and then try to head home.  This sure put a damper on our plans, but regardless we tried to make the best out of our stay and to see as much as possible of the area during our visit. In case you wondered, no, the RV Park would not refund any money paid up front. 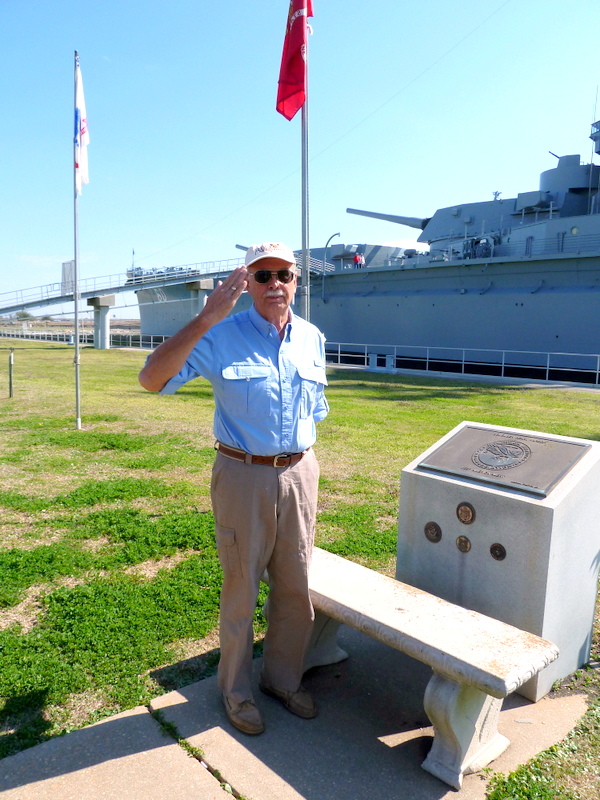 At The Battleship Memorial Park

From the Robertsdale RV Park to The Battleship Memorial Park in Mobile, AL it’s about a 30 min. drive.  There, in pain view in a park setting sits the enormous Battleship  USS Alabama (BB-60)

For all the military buffs or enthusiasts for Navy Ships, like my hubby is, following are a few tidbits of info:

Here is a short segment from the Historic Naval Ships Association:
“USS Alabama began her combat service augmenting the British Fleet protecting convoys on the “Murmansk Run” from England through the North Sea to Russia against German warships and aircraft. The ship transferred to the Pacific Fleet in August 1943, and earned 9 battle stars providing gunfire support for amphibious assaults on Japanese-held islands and protecting carrier task forces from air and surface attack. Alabama was credited with shooting down 22 Japanese planes. Her radar was the first to detect enemy bombers in the Battle of the Philippine Sea, at the unprecedented range of 190 miles. This warning enabled U.S. fighters and anti-aircraft gunners to destroy over 400 Japanese planes. Decommissioned in 1947, Alabama was “mothballed” in Bremerton, Washington until 1964, when she was transferred to the State of Alabama and towed 5,600 miles to become a memorial in Mobile.”

The ship was used in several movies, the most memorable one “Under Siege” with Steven Seagal and recently for the movie “USS Indianapolis: Men of Courage” with Nicolas Cage to be released on Memorial Day 2016.

While we were at the Battleship Memorial Park, a very nice looking old-timer car pulled in next to us.  That car was a beauty and its owner let me sit behind the steering wheel to get a feel of it.  Look at the shine and my reflection on the hood! 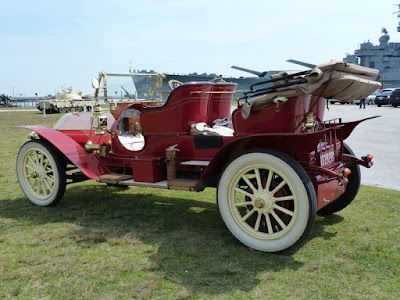 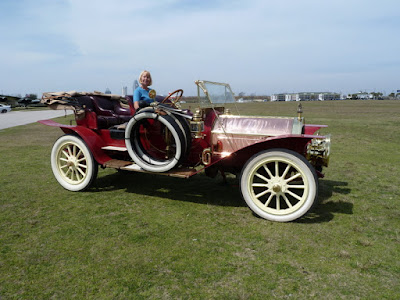 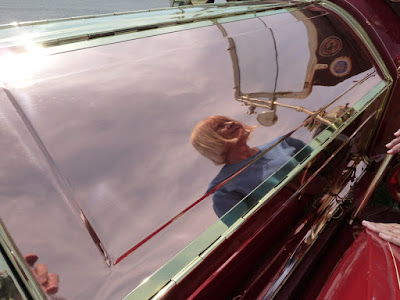 In the evening of Sunday, March 15th, we cleared the Canadian Border at the Ambassador Bridge in Windsor, Ontario and were soon underway heading for home.  Looking at our watches we knew we wouldn’t make it to our house in time to watch our favorite show “Madam Secretary” which airs here at 8.00 p.m. and we didn’t want to miss this episode, so we pulled off the highway at 7.50 p.m. into the Park ’n’ Ride parking lot next to the O.P.P. station on Manning Road and 401 for the next hour to watch television in the comfort of our travel trailer with the heather on full blast to keep us warm.  When the show ended we jumped into the truck to finally head home.  Yes, there was still snow on the ground and the entrance to our driveway was blocked off with a pile of iced snow left from the snow ploughs, but we’d expected that. Next morning my parents called to ask if I had booked my flight yet? “No, mom, I’m doing it right now.” I said.  “Oh good,” my mom said. “The move is off!” 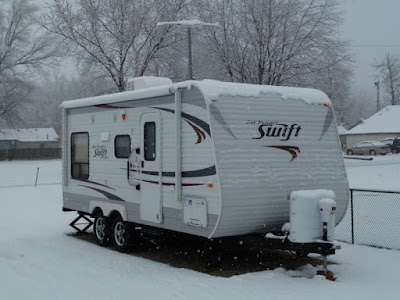 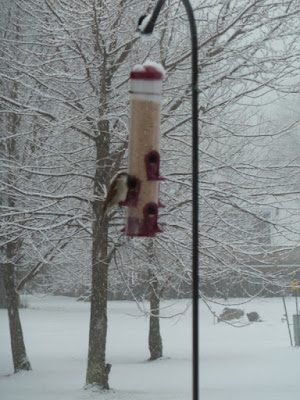 (My parents did not sell their house and I flew out to Germany for a month in May when my mother became sick)
Posted by Marlene Klopfer at 23:30