Museum of the Navy’s Finest

Last Thursday Benno, the Doxies, and I did a 637 km/approx. 400mile round trip from Ocala to the National Navy SEAL Museum in Fort Pierce and back to Ocala.  A visit to this museum was on Benno’s bucket list and I came along because Navy Seals were the heroes of many novels I have read and several movies come to mind where they were the stars of the plot, so I was intrigued to find out more about these men. 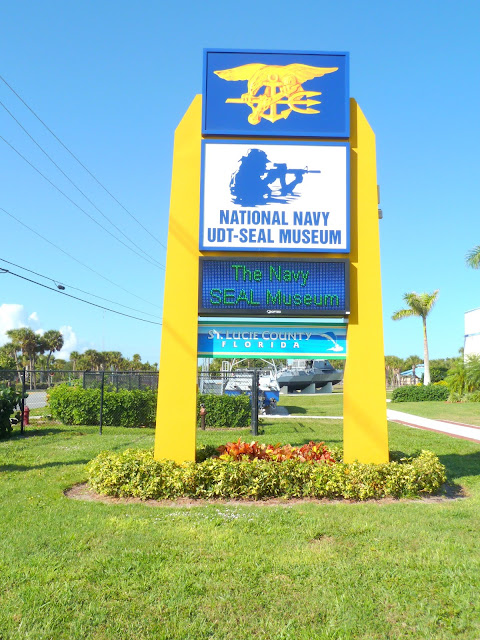 A little bit of a background on the history of the SEALs you might not know.  It all started in 1942 in Fort Pierce as an Amphibious Scout and Raider School that developed into Underwater Demolition Teams, which were sent into action to the Normandy Beaches and to the Pacific Theater. During WWII the Navy had more than 30 UDT (Underwater Demolition Teams), commonly known as “Frogmen”. During the Korean War the Navy had 300 men combined in 3 Underwater Demolition Teams doing all kinds of commando jobs. President Kennedy recognized 1962 the need for a special operation group to fight unconventional warfare at Sea, Air and Land (SEAL) The UDT’s integrated into the new SEAL teams with special training in demolition, high altitude parachuting and hand-to-hand combat. 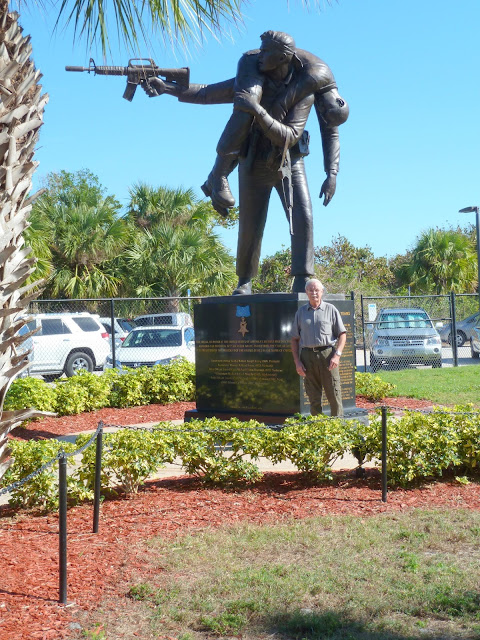 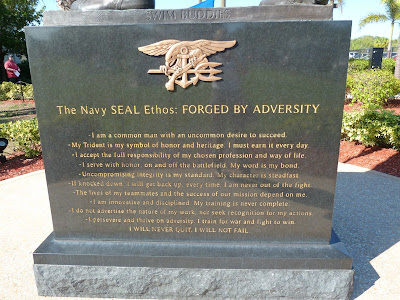 The building of the museum is located right across the seashore in Fort Pierce (the parking lot is shared with the beach going crowd) and next to the entrance on the property is an obstacle course with all kinds of exercise equipment installed which you are free to use to show off your skills or, to make a fool yourself by trying to master them.  In any case, the visitor gets a glimpse and appreciation into the tough training of this special operations force.  We picked up a brochure of the museum and it read: “If you got any closer, you would have to enlist.”  Generally what these Seal’s are doing is highly classified! 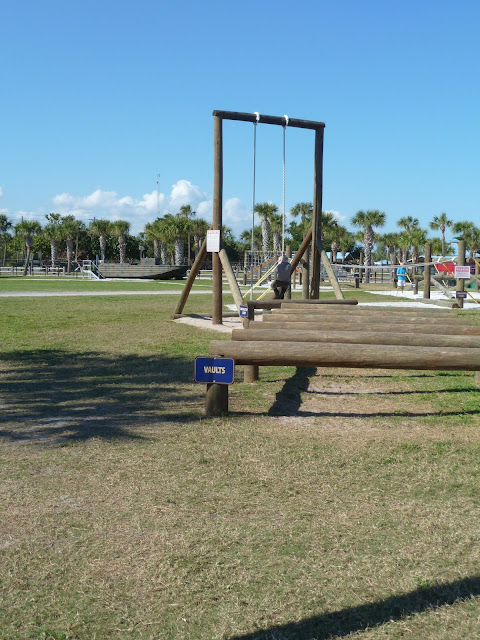 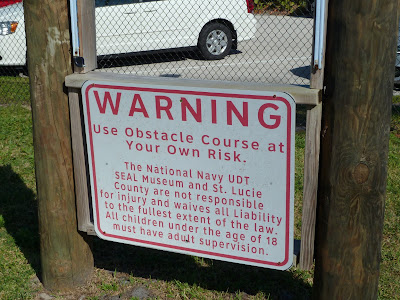 While we were cruising with our motor vessel we had the opportunity to observe some of the training of the SEALs while they were tirelessly jumping out of helicopters time after time into the frigid water of Willoughby Bay close to Little Creek in the Norfolk area.  And then we came across the special operations craft of the squadron of the “Riverine” in the Intracoastal Waterway. You can read up on it in our blog at Diesel Duck by clicking  this link. 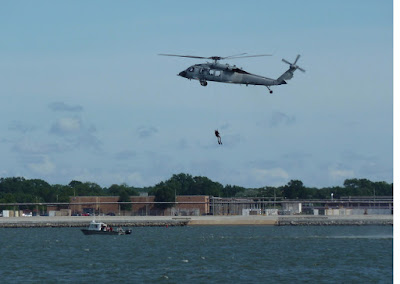 Most pictures speak for themselves. 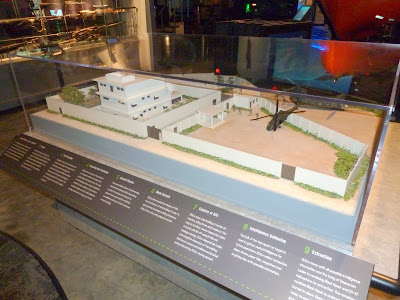 It was interesting to view the model of Osama Bin Laden’s compound
that was used to prepare the special operations team for the takedown. 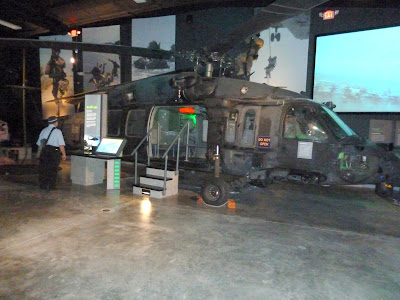 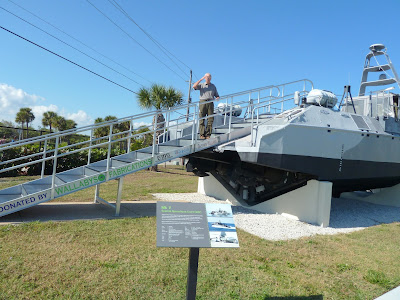 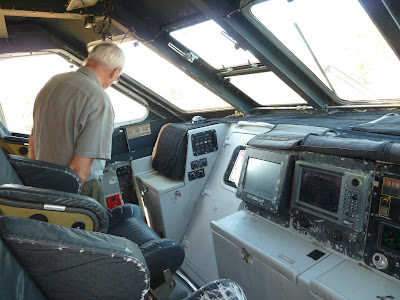 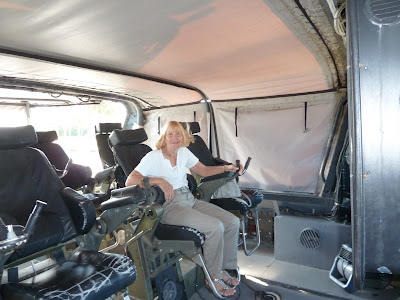 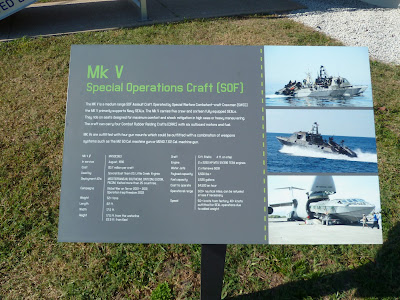 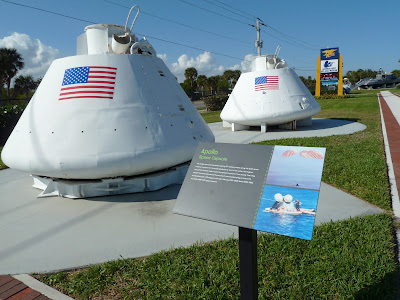 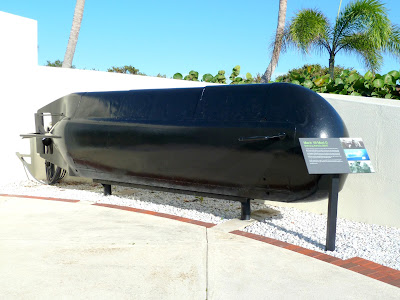 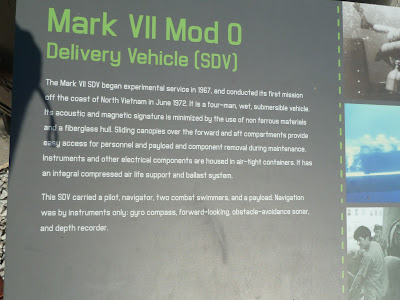 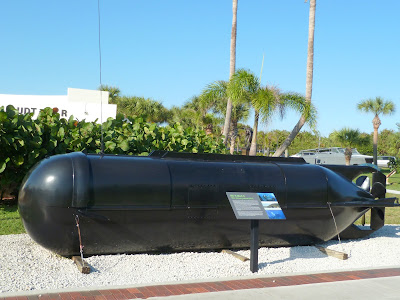 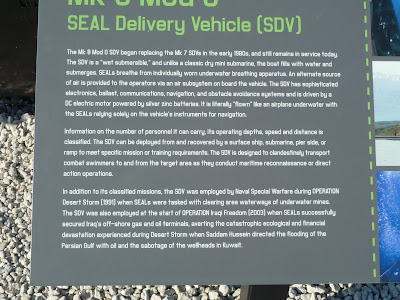 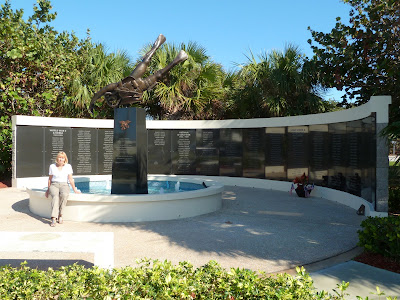 Posted by Marlene Klopfer at 20:32