From Christmas to New Year’s Eve


On Christmas morning Benno was the first one out of our door as usual. First Reggy and then Elsa take their morning walk with Benno while I start making breakfast. So it was Benno who discovered that Mrs. Santa Claus, I suspect her first name is Eileen, had been visiting our trailer during the night leaving a pretty little stocking filled with chocolates hanging by our door. What a lovely surprise. 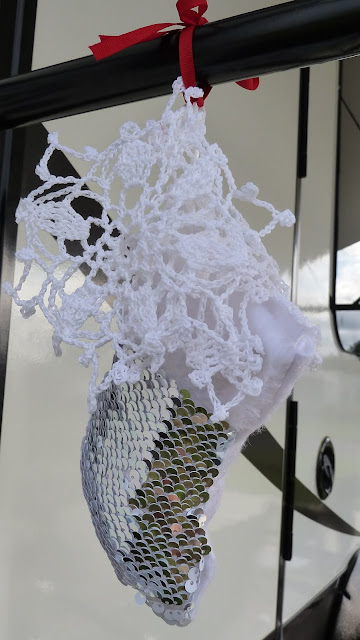 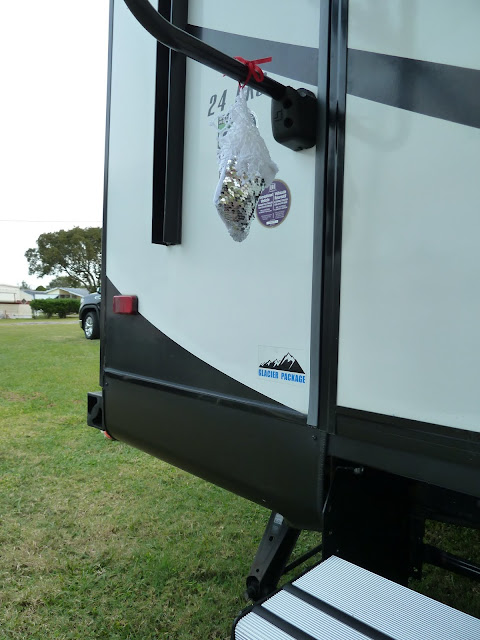 At breakfast on Christmas morning Benno broke off a piece of a tooth. I swear I had nothing to do with it. Actually it was an old fix of a prior damage that just didn’t hold any longer and can be fixed again. Christmas day pretty much then revolved around talking to family, noshing on some German chocolates that have been a tradition at Christmas with us ever since we were kids and later on feasting on our special dinner, which this year consisted of Angus Ribeye Steak with sides of Brussels Sprout Salad, Mushrooms with Onions and a good part of a bottle of white Spanish Muscat wine. 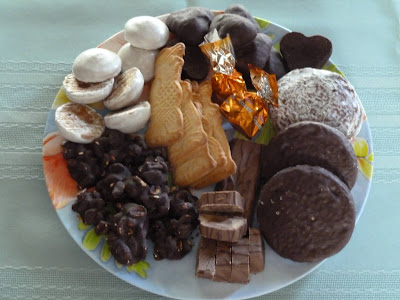 On Boxing Day Benno suggested we take a drive to the Brandon Mall by Tampa to participate in the Boxing Day hype. Of course he didn’t mean that but I was ready to walk off all that good food from the previous day so agreed to check out that shopping mecca but I could not shake off the feeling that there was a hidden agenda or mission involved. I mean my husband willingly wants to go to a mall, and on Boxing Day? The I-75 toward Tampa had almost bumper-to-bumper traffic and the north lanes experienced a terrible multi car accident, which turned them into a gigantic parking lot, but our south traffic lanes flowed like thick molasses toward Tampa. At the mall we even managed to get a parking spot in the shade. It’s a huge mall with plenty of stores to peruse but not before long we strolled into an Apple Store. 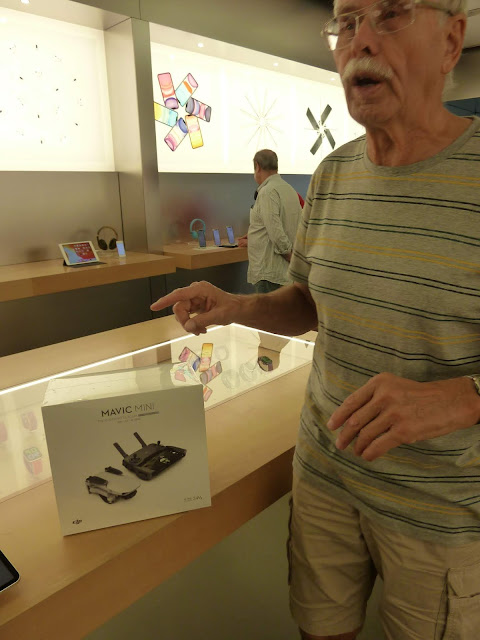 Aha, I should have known, because of no surprise to me, they had the famous new DJI Mavic Mini Drone in stock. Benno had been talking about this particular drone a lot lately. Many years ago Benno had a fascination with helicopters and was going to purchase a building kit to build one by him self. Back then I was able to talk him out of it by redirecting his interest from flying into boating. However, this time I have to wave the white flag and surrender. Thank goodness this thing is little and you don’t have to sit on it or get onboard. 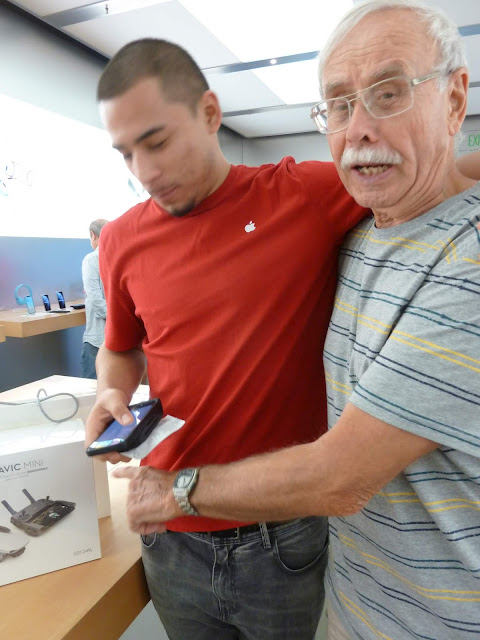 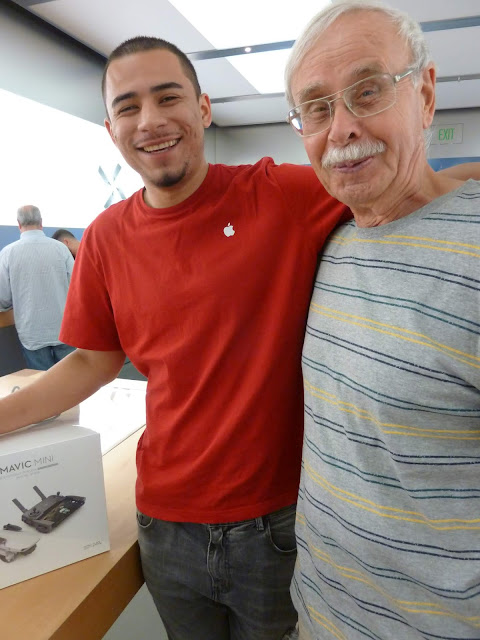 Last winter in Yuma, Arizona, our friend Bill, from "On Our Way" had shown off his DJI drone and this put Benno on fire. On top of that, one of our sailing friends David, from "Just A Little Further" got himself a Holy Stone HS 720 drone and this just added oil to the fire. I have to admit, it’s a neat toy. Another good feature is its weight. It only weighs 249 grams and can be flown without a pilot license as per current regulations. Nevertheless we think it is a good idea for us to enroll to get the basic drone license to learn and be informed of what the regulations are, when we are back home in Canada. 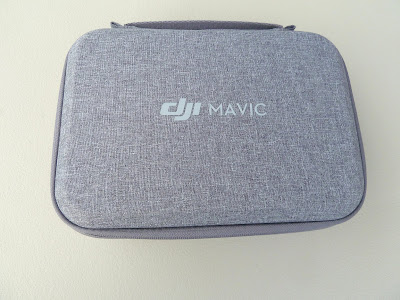 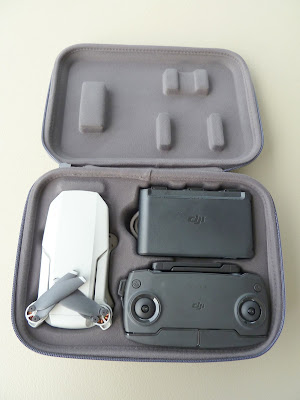 When Benno opened the box of the DJI Mavic Mini Fly More Combo back at our travel trailer I was impressed by the DJI’s compact travel case. The contents are so neatly packed and there was the aircraft with spare batteries, remote controller, extra propeller blades etc. According to the manufacturer it can fly a maximum of 30 min. on a battery charge and some folks have flown it up to 5km/3miles range and a return and in addition it has a fantastic camera for pictures and movies. 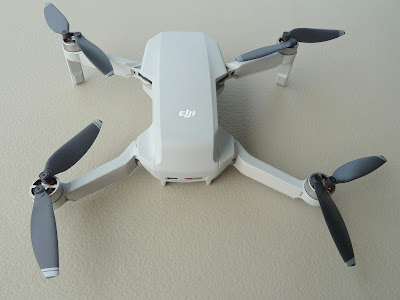 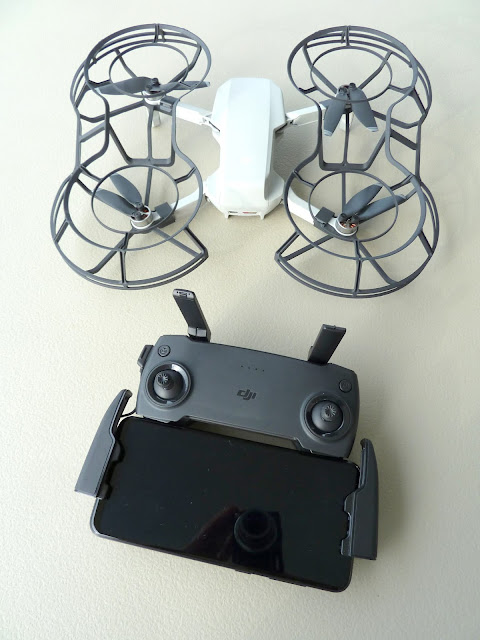 Weather-wise the temps this past week were up and down here in central Florida and a couple of days the sun was totally absent with rain off and on but warm and humid. I spent a few hours of my time at the puzzle table where Eileen joined me and together we managed to finish one 1000 piece puzzle and started a new one, just because we can. 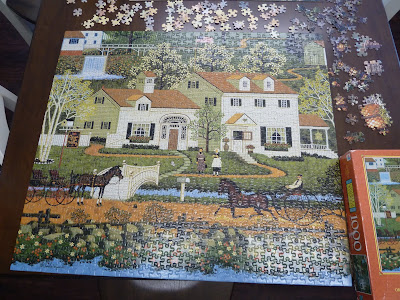 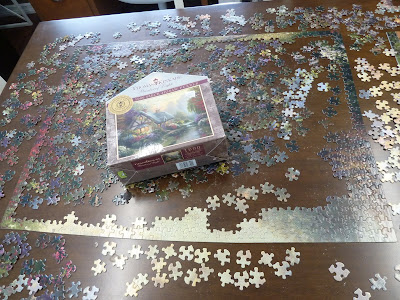 Benno and I would like to wish all of our family members, friends, acquaintances, and blog readers a healthy and happy 2020!

Posted by Marlene Klopfer at 18:21