It is about an hour and a half of a car ride from the Tombstone Territories RV Park to the entrance of the  Chiricahua National Monument. The tourist guide describes it: “As you enter Chiricahua National Monument you are climbing up a sky island – an isolated mountain range rising above the surrounding grassland sea.” The Chiricahua Apache called these pinnacles “standing up rocks.” The park was established in 1924 to preserve and protect the pinnacles and in 1934 the Civilian Conservation Corps took on the jobs of improving the road and constructing trails and structures.
We are not hikers per se but this park, just under 12,000 acres, has trails for everyone and if you want, take the 8 mile scenic drive to the summit, park the car and then take it from there.  The vistas are breathtaking! 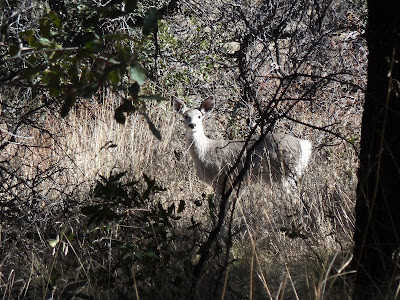 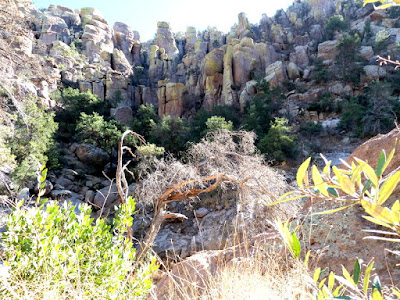 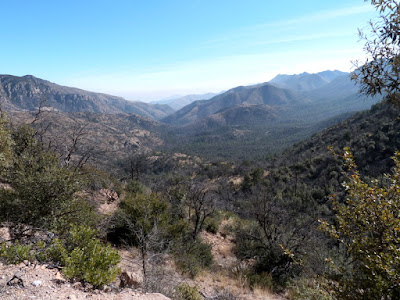 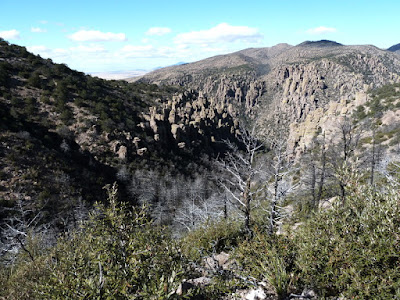 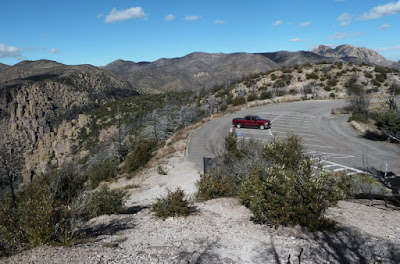 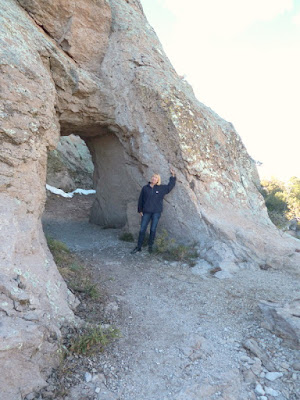 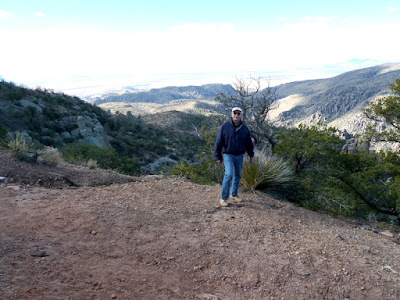 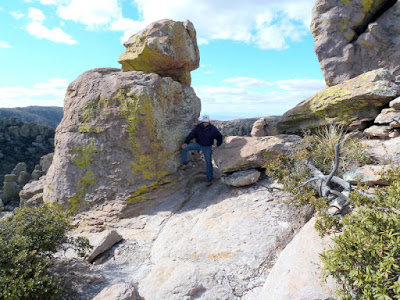 Not too far from the Chiricahua Park, about 20 miles to the northwest, lays the Apache Pass with the national historic Fort Bowie close by. This Pass was the southern gateway to California for the settlers and the attacks of the Chiricahua Apache warriors with Geronimo or Cochise made it very dangerous. Don’t imagine traveling on pristine paved roads to get there, it is a dirt road made from horse and wagon trains, be prepared for a car/truck wash when you get home.  The ruins and visitor centre is a mile and a half by foot from the parking area and you should be physically fit to attempt the many steps and rubble lined path.  We tried to discover or locate where the original trail for the soldiers from the Fort to the Apache Pass runs, but could find no evidence of the foot or horse trail. Nature had taken over again. 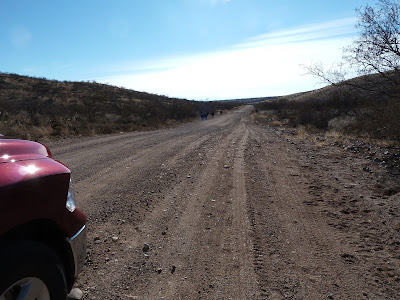 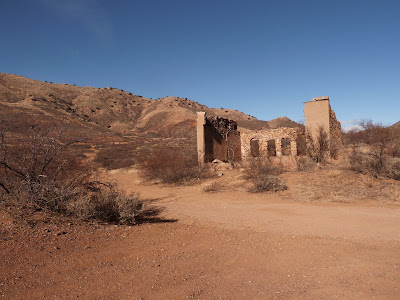 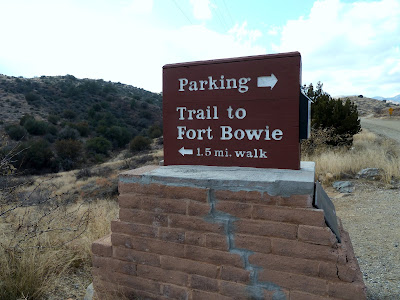 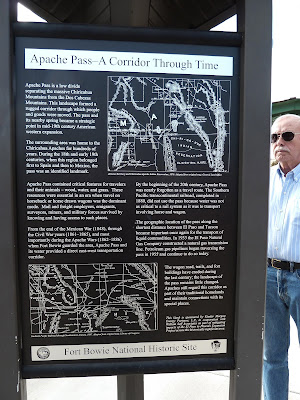 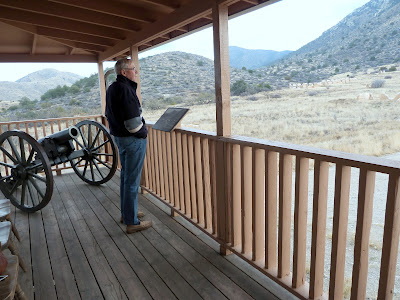 Speaking of finding a trail to a well known grave site of Tombstones history, before heading out in the morning, Benno took the coordinates of the outlaw and rustler Johnny Ringo’s burial site from Google map, the site is located on a private property in west Turkey Creek Valley and part of the Coronado National Forest.  There are no markings as to where it is and for a little while I think we got lost. Navigating our pickup into the mountains we ran into some Custom and Border Troopers with horses.
Johnny Ringo was a quick gunslinger and one of the cowboy outlaw gang, who waged their war against the Brothers Earps, Virgil the Marshal, Wyatt and Morgan the Deputy Marshals, and Doc Holiday in Tombstone.  He was not present at the Gunfight near the O.K. Corral, but later murdered Wyatt Earps brother Morgan, by shooting him thru a window. Some think Johnny Ringo committed suicide and there is also a multitude of evidence that he was shot by someone else. The coroner’s report said that he met his death as a result of a gunshot wound to the head.  Some think that the murder scene was to look like it may have been suicide. 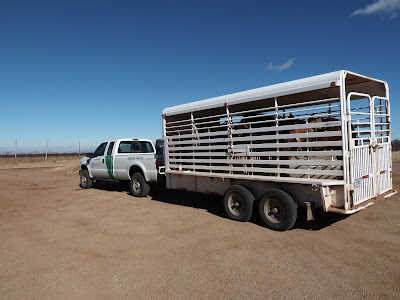 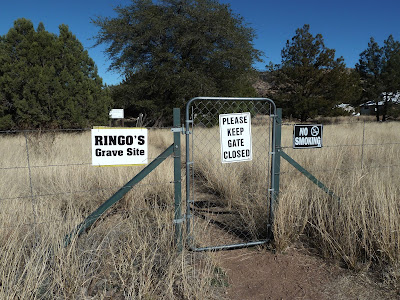 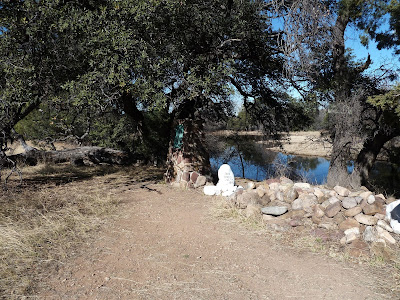 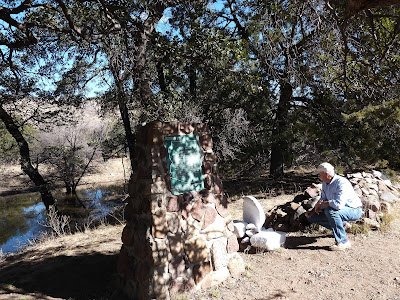 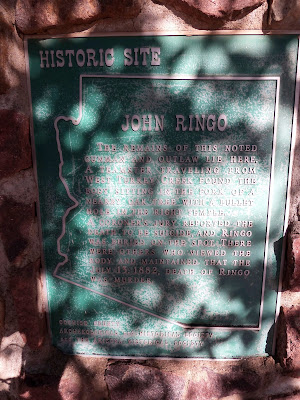 Posted by Marlene Klopfer at 18:46