As a kid Benno was into reading Wild West stories and he must have watched a myriad of cowboy films over the years.  Naturally the name Tombstone meant more to him than a headstone and so he told me about it.  The distance from Tucson, AZ to the village of Tombstone is only a 2 hours drive. Our RV guide provided us with several RV parks in the area so we decided to check out the Tombstone Territories RV Resort, in Huachuca City, AZ. (pronounced: Wachuca)  It is a large park with all pull-through sites, each with its own concrete pad and picnic table and ample space between them. Instantly we liked what we saw and booked a couple of months stay. The friendly staff told us that we were just in time to come here, because on the next day the town of Tombstone would put on a reenactment of the famous shootout of Wyatt Earp and Doc Holliday with the Cowboy Gang at dusk. A performance scheduled once a month by the town.

Views of the area from the RV park 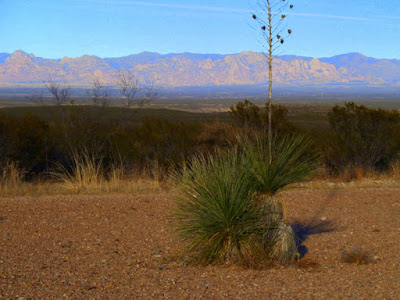 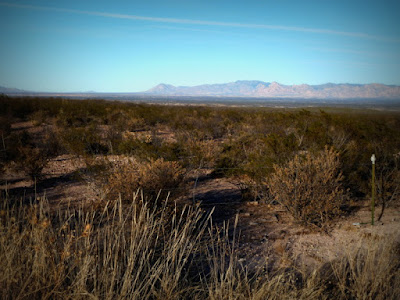 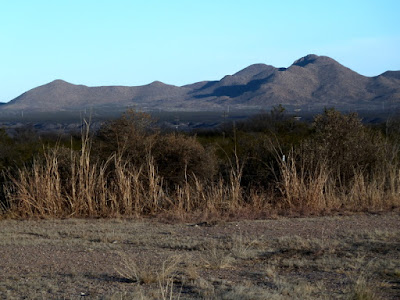 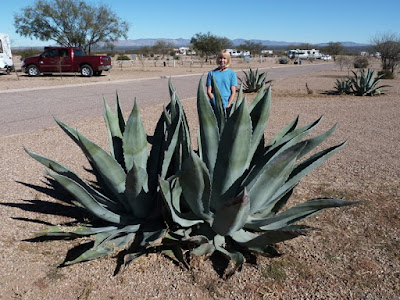 I've always wanted a a potted cactus for my window sill 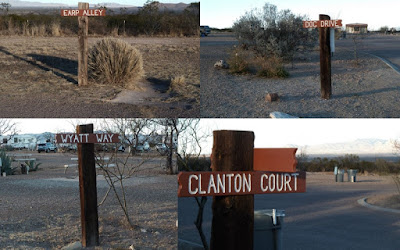 some of the road signs in the RV park

I didn’t know what to expect when we arrived the following afternoon in Tombstone, but to my surprise and delight we found ourselves being transported back to the year of 1881.  Horse drawn carriages were being pulled down the roads; town folks in authentic century costumes strolled along the boardwalks and the stores were made up just like in the old days.  Actually, the town is original and not staged and I might add, it is legal to carry a firearm in town.  As it got dark the actors, some real bad, mean looking characters, and a few fine looking knights, the lawmen, gathered for the performance on the street.
Then there was a lot of shouting, guns got whipped out of their holsters and the lead was flying. Would you believe it, after the shootout the dead bodies stood up again and everybody hit the" Big Nose Kate's Saloon" for drinks.
In order to really appreciate this historic event I put a link here for anyone interested to find out what happened at "Gunfight at the O.K. Corral", if you haven’t already seen the movie. 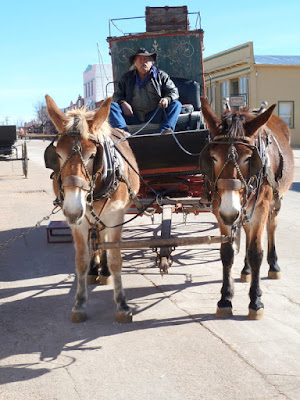 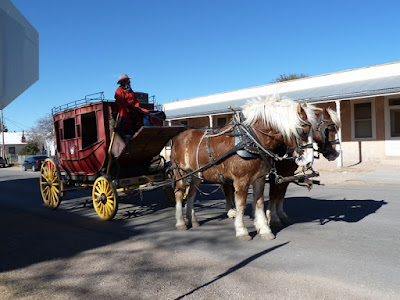 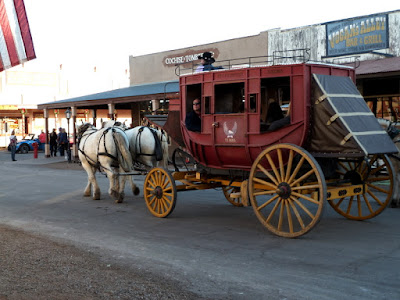 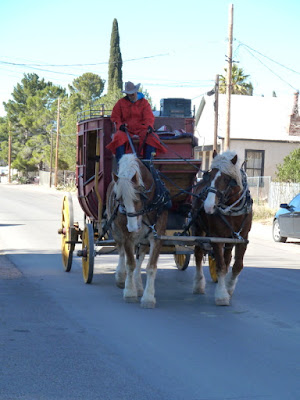 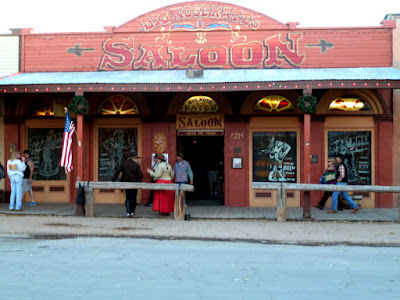 This is the actual towns' sheriff dressed for the occasion 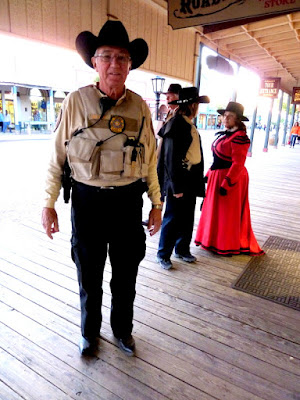 Benno asked the Sheriff if he carried a six shooter.
You'd be surprised to learn that he carried a SIG Sauer p226.

Posted by Marlene Klopfer at 13:37