Wishing all our blog readers a Happy Easter.  This picture was taken of a handmade wreath at the German Sausage Festival in Elberta, AL where we went today. 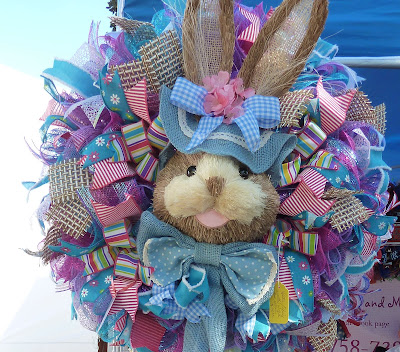 Following I-98 from Foley, Elberta is the next town toward Pensacola, so not a long drive from our campground. I had found a note about this biannual festival in the visitors’ guide and reading that they usually do about 6,000 pounds of smoked German sausage on the grill, we just had to go there. 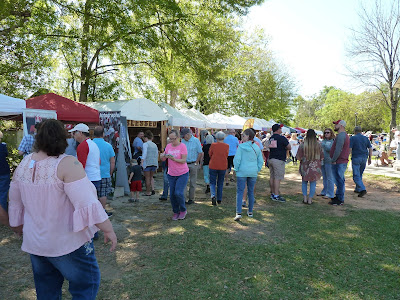 No knowing what to expect we got there at 10 a.m. and opted to pay the $5 parking fee for a spot in a nearby municipal parking area, as all the streets around the fair grounds were already chock full of parked cars. 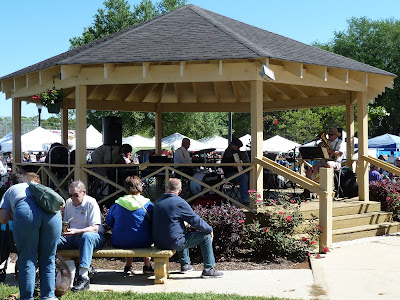 The doxies had come with us so I left them with Benno in the air-conditioned truck to scout the place out. We had thought to beat the crowds by being early, but several hundred people were already milling around the rows of booths. There was the aroma of barbecued sausage wafting about and thick smoke billowed from the exhausts on top of the food building. 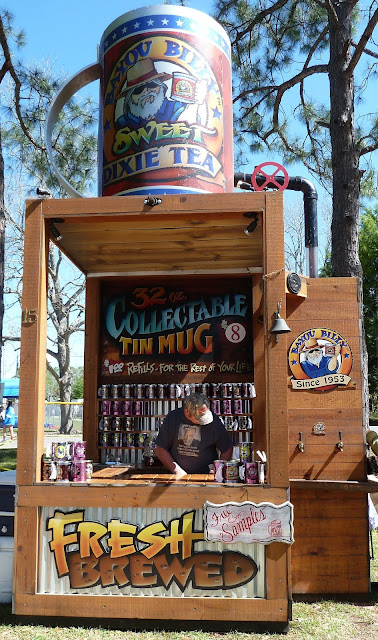 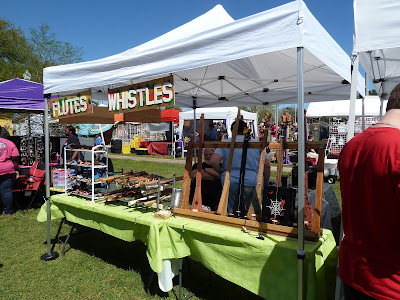 My guess is that there were maybe 200 exhibitors with handcrafts, jewelry, homemade clothing, honey, local cheese and many unusual art items. I took lots of pictures but will include only some for you to see. 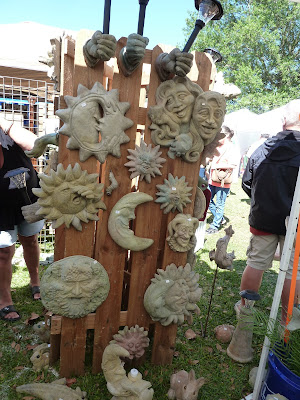 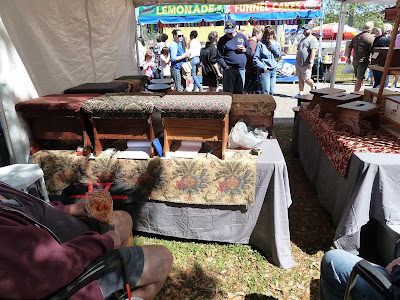 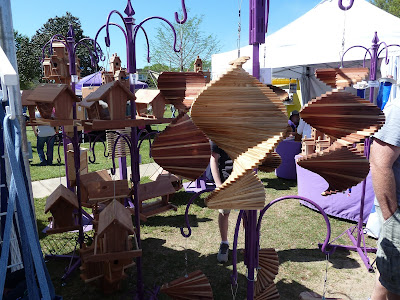 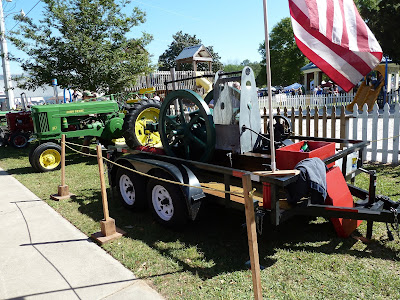 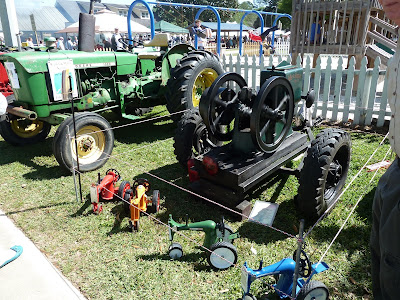 At 11 a.m. I stood in line to purchase a couple of the famous German sausages that came with sauerkraut on a bun.  There were 8 lineups to the open windows in the building where the sausages were being sold and handed out. The queues were growing by the minute and I could only guess what the lengths would be at lunchtime and that guess was 150 ft. each lineup.  When it finally was my turn at the window I was asked ten bucks for two, but it’s a fund-raiser price for the local volunteer fire department and town, and seeing everyone happily taking away their nicely wrapped up packages, I also made my contribution. 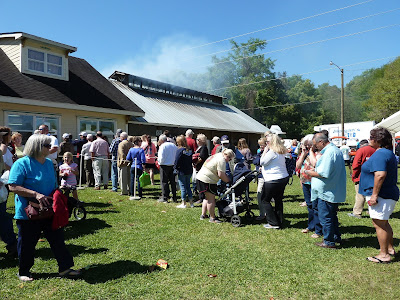 Back at the truck Benno had been patiently waiting for my return and I rewarded him with that nice German Bratwurst.  It was delicious we both agreed and I would purchase it again.  We then went back to the fairgrounds. It was Benno’s turn to wander around. The dogs and I went to the park next to the beer tent where there were shady areas where they could walk around without being stepped on. 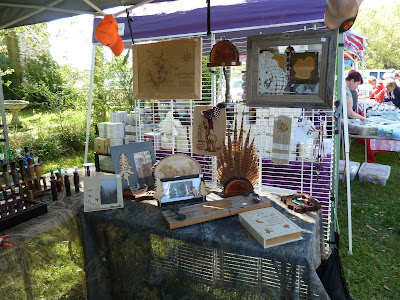 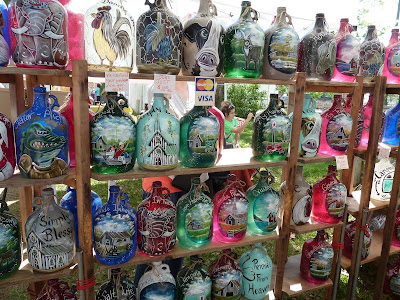 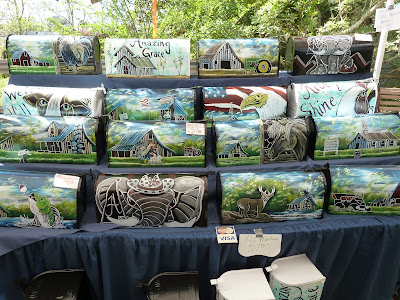 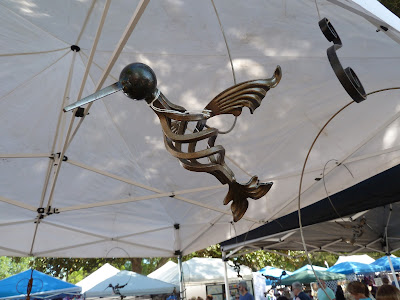 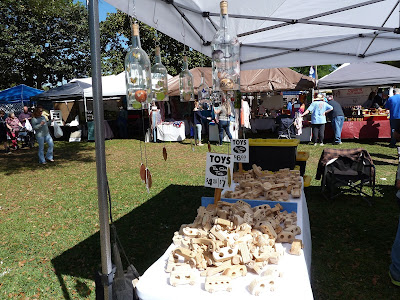 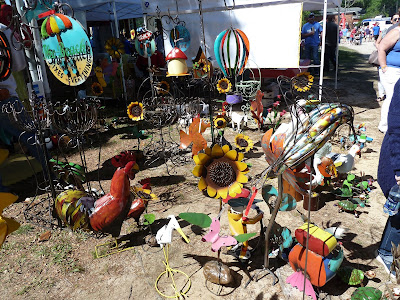 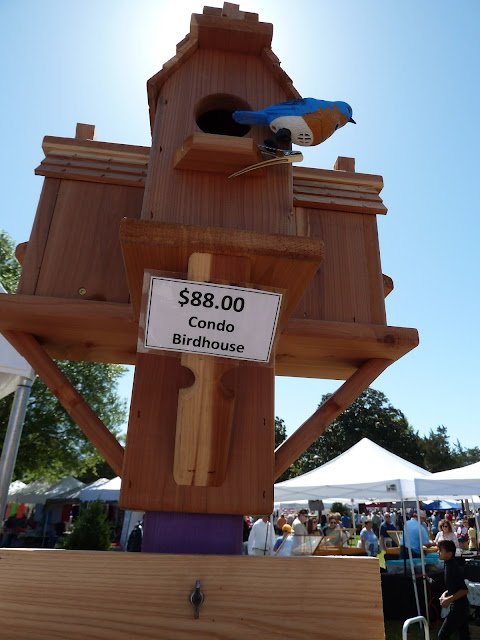 Once we had seen everything and the fair ground became dense with people it was time to leave. In the past this one-day event had over 20,000 visitors attend and today would probably be very similar.  There were miles of cars backed up all in line to get to the German Sausage festival as we were driving down the highway. I am glad we had gone.

Posted by Marlene Klopfer at 20:21