How many Alligators have you seen?

Well, we’ve seen quite a few Alligators and salt water Crocodiles in the wild over the years but today topped everything we’ve ever come across when it comes to these cold-blooded creatures.  The farm we visited holds 500 to 600 Alligators one of the workers told us. The exact number is unknown because no one had been able to count them all!

This morning we went back to the Alligator farm because the forecast promised to be a mostly overcast sky with cooler temps so we could leave our dogs in the truck. We parked under a tree in case the sun would peek out and left the windows partially open, while Benno and I went to tour the Alligator farm. 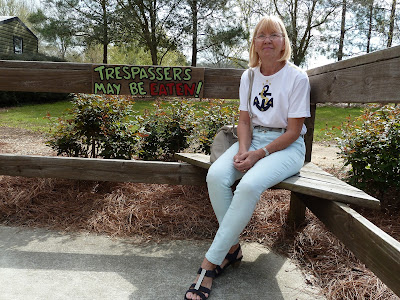 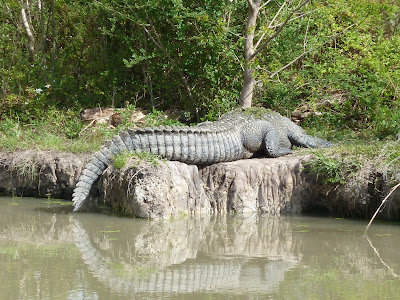 The area is totally fenced in with boardwalks throughout the swamp area.  All over the complex were pens holding the younger or smaller Alligators, divided by age or size, which had been separated from the big fellas. 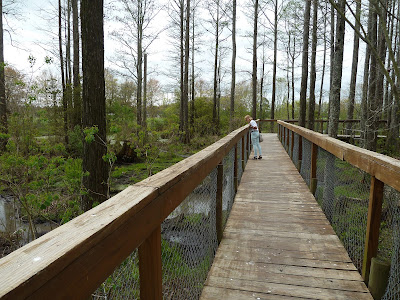 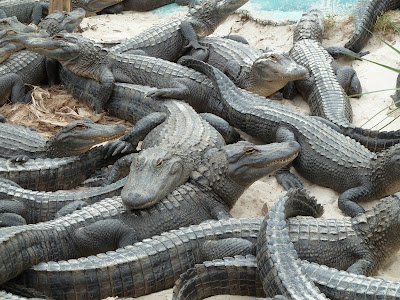 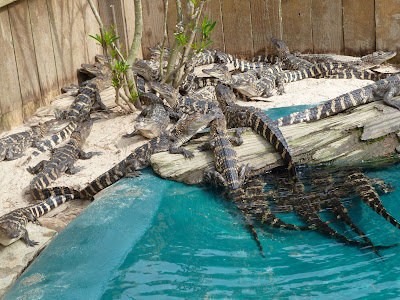 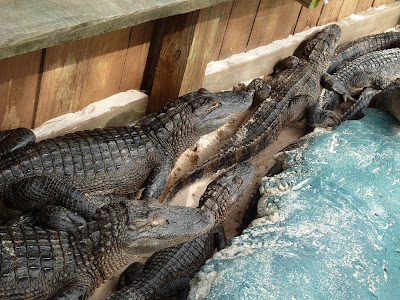 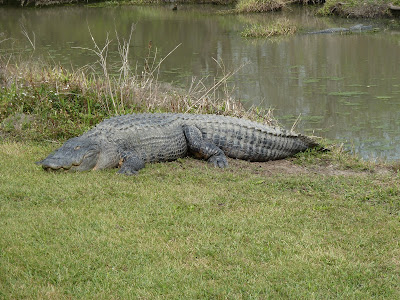 We were left to our own devices to explore and discover Alligators just about everywhere lazing around or floating just beneath the water with their noses poking out. 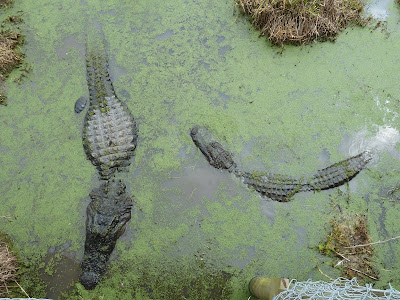 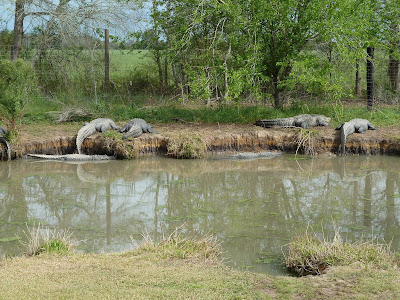 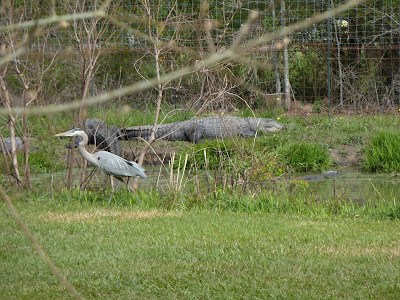 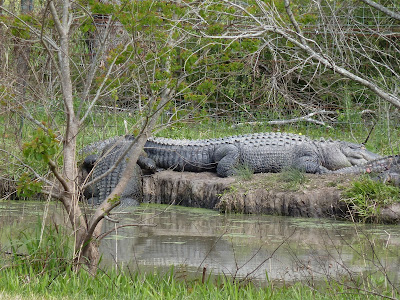 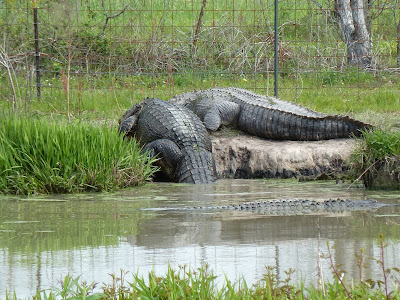 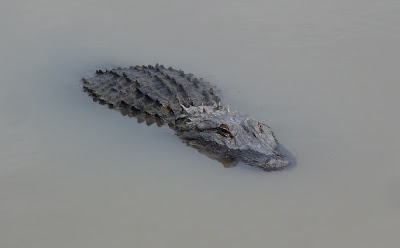 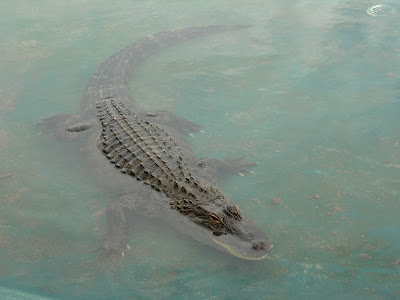 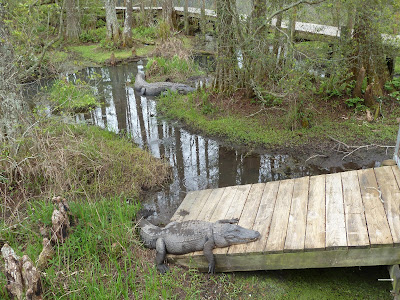 At 11 a.m.we gathered with all the other visitors at the bleachers for the first feeding of the day. I had thought that there would be a feeding frenzy or at least a few hundred gators would be fighting over fresh meat. (Wild boar that is being hunted in the area, slaughtered and donated to the farm to be used to feed the Alligators) but that was not the case. 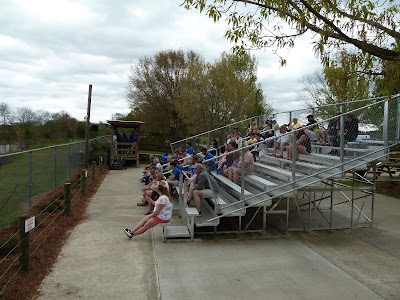 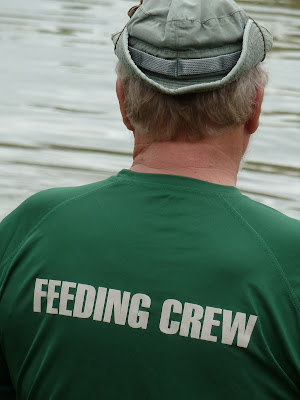 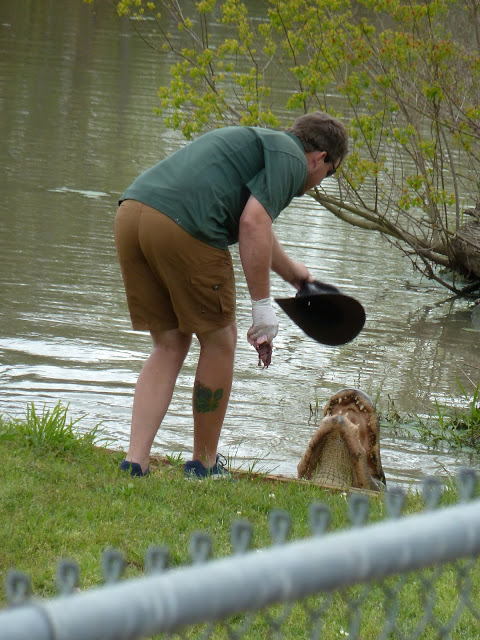 Apparently, just like in the wild, many gators found food in the swamp. Also with cooler temperatures they cannot digest the food, so they don’t eat. However, there were enough hungry Alligators giving us a bit of a performance. 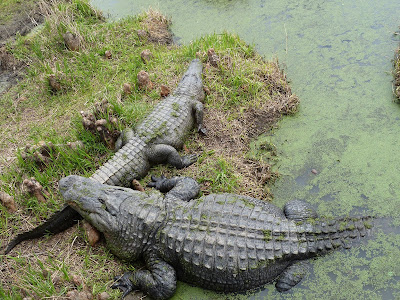 The biggest Alligator, over 13 feet in length, which had become too big for the local zoo but was lucky enough to end up at the sanctuary, got a big shank of meat thrown at him. He missed catching it and it ended up on his back without him noticing.  He then swam off to the far side where another Alligator snatched that piece off his back resulting in a big fight. 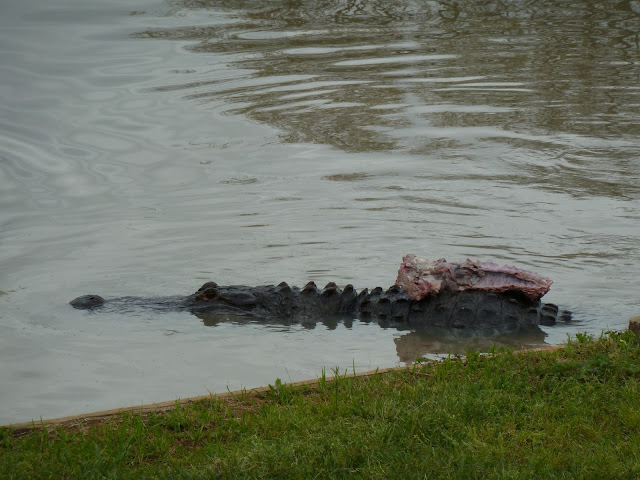 I’m not sure Benno totally enjoyed holding the little Alligator in his arms although knowing that the mouth of the cutie was taped shut. That gator was just a 2 year old baby considering that they can live to be 45 years old. 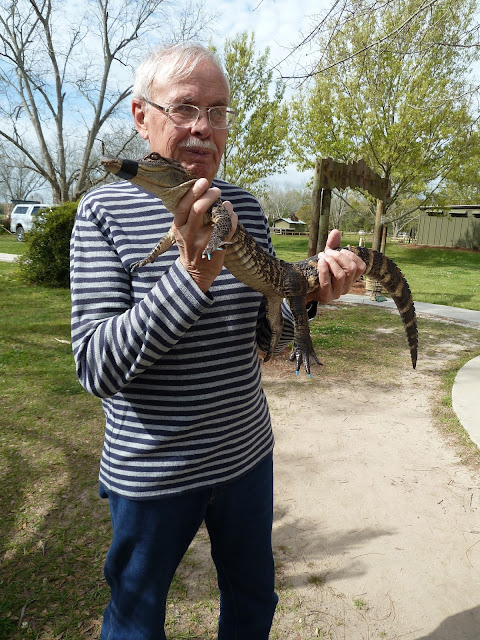 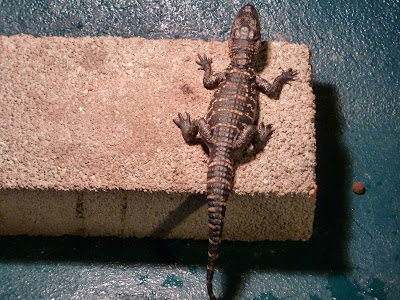 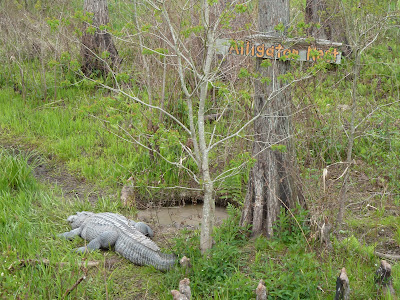 Posted by Marlene Klopfer at 20:10